This year's winner refuses to slow down the pace of its creative innovation or its global expansion, as a result of achieving strong organic growth and a host of new clients, writes Sarah Shearman.

The crowning of LBi as Marketing's Digital Agency of the Year rounds off what has been a landmark 12 months for the ever-evolving East London shop.

After experiencing incremental growth in tough market conditions it was no surprise several agency networks had been in talks to snap up one of the last-standing digital indie giants. Still, the headline-grabbing EUR416m price tag agreed with Maurice Levy's Publicis Groupe, revealed in October, underlines the value the agency, led by global chief executive Luke Taylor, has amassed over the years.

At a time when businesses are negotiating the shift to digital, the judges praised LBi's focus on digital transformation for its clients and its ability to push boundaries for them, at all stages in their journeys. LBi's strong and diverse range of clients, for which it undertakes a huge variety and depth of work, also impressed the judges.

This year LBi has proved that it can be a true creative tour de force, with its Microsoft 'Brandon Generator' campaign (see below) and Sony Xperia work, of particular note for treading fresh territory.

LBi has managed to grow incrementally year on year, with revenues of £58.4m in 2011. Global expansion has been a focus as it has proliferated to include more than 2200 digital experts across 32 offices in 17 countries.

As well as new-business wins, LBi has picked up £21m worth of organic business from existing clients, including Asda, E.ON, Lloyds TSB and Skype.

This year, LBi has worked hard to consolidate its media arm Bigmouthmedia to create a single global brand. The judges were impressed by the way LBi has managed to maintain its strong culture throughout this consolidation and growth.

LBi continues to be at the beating heart of the Shoreditch digital scene, hosting a range of industry events, including its famous end-of-year blow-out 'Rave' in its Brick Lane office, which helps attract talent to the business, driving up job applications to LBi 63% after last year's event.

The judges also praised LBi's corporate social responsibility strategy, which includes local charity work and its 'Summer of Love' initiative to give employees afternoons off during the summer months. They said LBi's emphasis on the importance of every employee and its 'unsung heroes', sets it apart.

Its commitment to digital transformation for a variety of clients, while pushing a strong creative agenda, makes LBi a worthy winner of Marketing's Digital Agency of the Year in 2012. 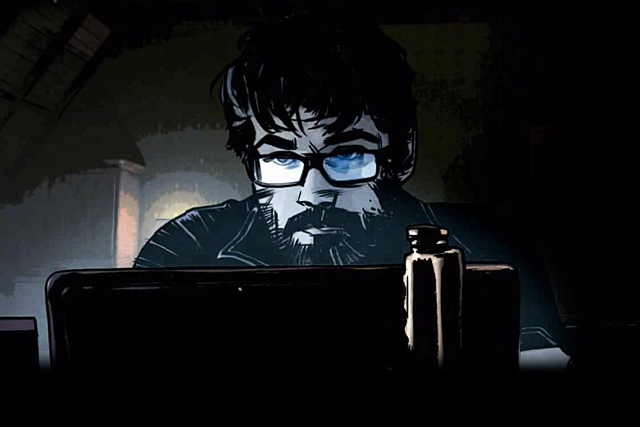 With Google's Chrome encroaching on Internet Explorer's market lead in the browser market, LBi was asked by Microsoft to deliver a compelling campaign, showcasing the 'beautiful web'.

The concept, which is based on Wright's own experiences of writer's block, was shaped by users, who could contribute ideas to the storyline. It was supported by outdoor and digital advertising.

The campaign site has received more than 570,000 unique visitors to date, while it resonated in social media, with a Twitter reach of 62.3m and 308,000 views on YouTube. Celebrities tweeting about the campaign included Steven Spielberg, Simon Pegg and Jonathan Ross.

Click here to read who made the Best of the Rest

LBi celebrates Agency of the Year success with video

#aoty12: Digital Agency of the Year - Best of the Rest

#aoty12: Content Marketing Agency of the Year - Best of the Rest

#aoty12: Promotional Marketing Agency of the Year - Best of the Rest