feature brought to you by Drum

The problem with getting everything is you run out of reasons to keep trying, and human interaction becomes impossible due to imbalance."

So says Markus Persson – the founder of Minecraft – who recently Tweeted about how depressed he has been since selling his creation last year. However unsympathetic we may feel about his plight of cashing in a cheque for $2.5 billion, he is simply the latest example of someone achieving great things early in his life who now has nothing left to fight for. There’s no tension, no conflict to drive against. He’s isolated, depressed and lonely.

Something similar is in danger of happening to brands. Not in the sense of overachievement but in what will happen if they don’t find their fight. In this multitasking, ADHD world, attention is the real problem we have to solve – how to earn it, keep it and make it matter. When our attention spans are less than those of goldfish, nice, sensible, reassuring content with nothing to say and nothing to solve is just wallpaper.

People have already changed channel, opened another tab and scrolled Facebook. If brands can’t cause a reaction and keep their attention long enough to make them change their behaviour, then depression, isolation and oblivion will be the result.

Fight, tension, resistance and conflict. These lie at the heart of the interesting and attention-worthy. If brands want to cut through, they need to make conflict their strategic starting point. Seek it out and embrace it within their consumers, culture, the stories they tell and the way they create experiences.

But how to do it? Uncovering a universal insight by finding similarities between people has traditionally been the approach – the great "truth" we see on creative and communication briefs. This has worked brilliantly up to now in a world where attention has been paid for and the brand has the luxury of time. But, for the future, it is the differences and contradictions within people’s lives, not the similarities, that we need to identify.

So where do these fault lines lie? What and who do we need to react against? What conflict can we help solve in people’s lives? How we see ourselves is constantly being challenged as society shifts beneath our feet. The brands that help solve these tensions at the right cultural moment will create the most valuable long-term relationships with consumers. The best can become icons – Apple made computers human, Persil made dirt good and Dove made beauty universal.

How we get to these new ideas also needs a an injection of conflict. Smiley, happy people are not always required. We don’t all have to like each other. A dose of tension is essential for great work to happen – between client and agency, between agencies and between departments. A previous agency I worked at banned beanbags because they encouraged "comfortable" thinking. I think we could all do with a bit of spikiness to get things done.

As Harry Lime says in The Third Man: "In Italy, for 30 years under the Borgias, they had warfare, terror, murder and bloodshed, but they produced Michelangelo, Leonardo da Vinci and the Renaissance. In Switzerland, they had brotherly love, they had 500 years of democracy and peace, and what did they produce? The cuckoo clock." Brands must embrace conflict or risk becoming Switzerland.

An inspiration: Adam Curtis. For the way he finds and connects seemingly disparate themes, ideas and moments together. It doesn’t always make sense, but it’s beautiful to watch and always thought-provoking. 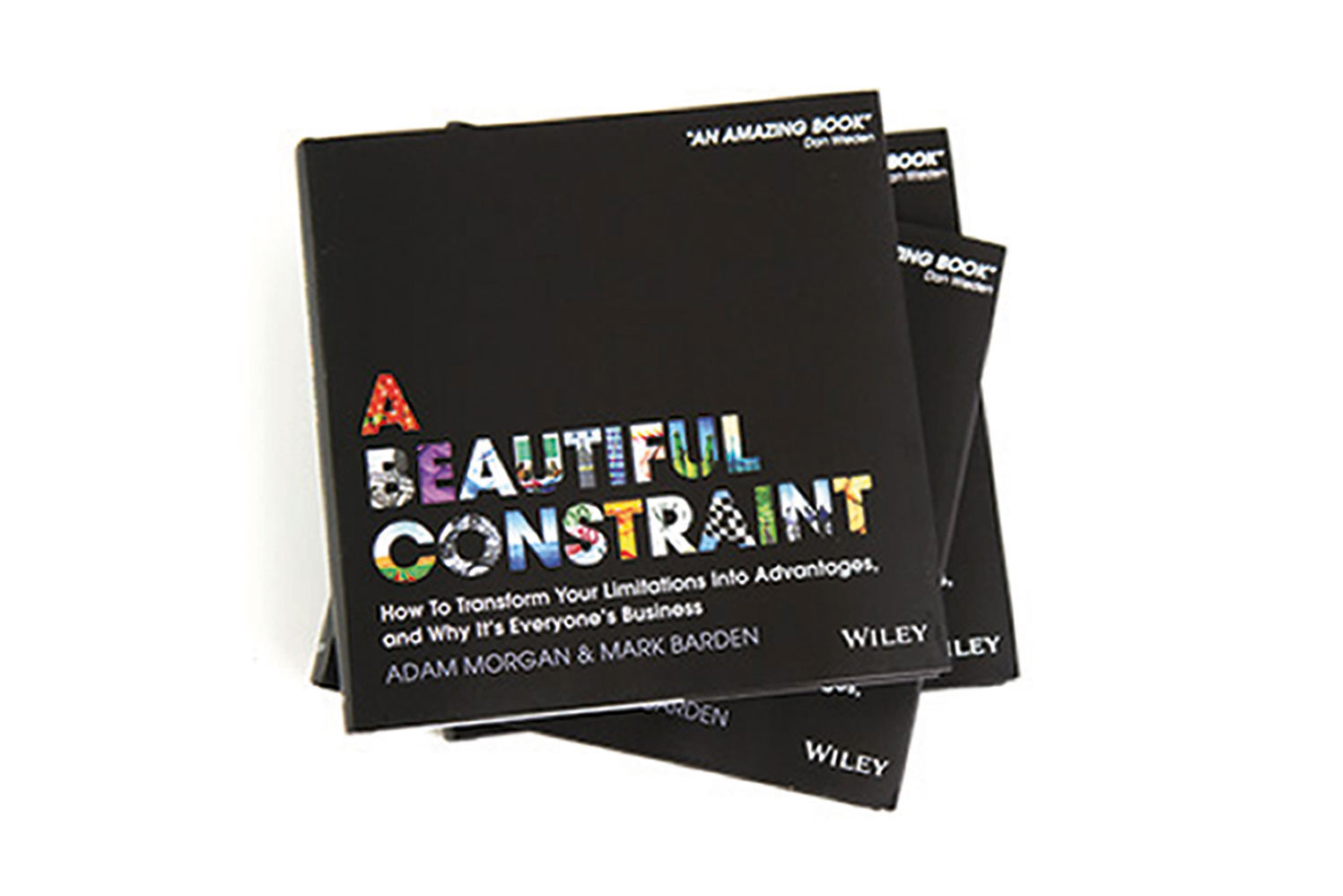 Whenever I’m not "supposed" to be thinking. Which is usually anywhere not in the office.

Thought for the year: Adam Morgan’s A Beautiful Constraint – brands embracing their limitations and turning them into advantages.