The social network is turning to chatbots in an attempt to keep users within its ecosystem. Will they catch on and bring an end to apps?

A month ago, a friend who works in digital arrived back from holiday. On touching down in the UK, he sent me a panicky tweet.

"I have been out of the loop on holiday. What’s all this about apps are dead and bots are next?" he asked.

In the two short weeks he’d been away, the digital wheel had turned.

In early April, Facebook held its annual F8 conference in San Francisco. Chief executive Mark Zuckerberg decreed that things were different now. The app market had matured and we were all moving on to chatbots.

Google had recently discovered that, while we might have an average of 25 apps on our smartphones, we use only four or five of those every day – mostly social media ones.

The only area that was growing was messaging.

More than 1.5 billion people are projected to become users of messaging apps by the end of 2016. That’s 22% of the global population – mostly kids.

According to experts, young people are shunning Facebook and Twitter in favour of Messenger or Snapchat. "The kids are opting out of the public square," an article on research and news site The Conversation says. (Full disclosure: I have a perma-messaging 15-year-old son and can vouch for the veracity of this statement.)

Zuckerberg’s counter-strategy is simple: do whatever it takes to keep people in Facebook and don’t let them ever leave.

Hence chatbots: text-based services that let users carry out tasks such as checking the news, organising meetings, ordering food or booking a flight by sending short messages – all without ever leaving Facebook Messenger.

For the first time, natural language processing means computers can take what we say – however sloppily we express ourselves – and turn that into structured instructions they can use.

In theory, it means we can tell a computer what we want and it will understand.

The benefit for brands is that we can now order their products on whatever messaging platform – Snapchat, Facebook Messenger, WhatsApp – without having to open another app and figure out how to use it and place our order.

So we can ask Uber for a taxi without leaving messaging, effectively killing the need to have an Uber app – or any other app, for that matter – ever again.

Will it work? Critics have argued that if the experience is bad, it will never be adopted – just as artificially intelligent assistant Siri remains unused by most iPhone users.

Or maybe we won’t even know.

Advanced socialbots have already infiltrated Twitter. Massachusetts Institute of Technology researcher Carlos Freitas created 120 socialbots and found that a significant proportion "not only infiltrated social groups on Twitter but became influential among them".

Only 38 were suspended by Twitter and more than 20% picked up 100 followers or more.

"The worry," according to MIT Tech Review, "is that automated bots could be designed to significantly influence opinion about such things as politics and products."

Maybe you should cancel your holiday. 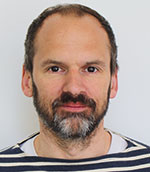 Andy Pemberton is the director at Furthr
@andypemberton

Bots are not the answer to app fatigue - yet

What Twitter's evolved character count means for brands and agencies

Twitter to exclude photos and links from 140-character count