The activity from the Reach-owned platform is backed by JLS singer JB Gill.

Local news platform In Your Area has partnered anti-litter campaign Clean Up Britain for an outdoor campaign calling for litter deterrents to be improved across the UK.

Created by Reach Creative and backed by JLS singer JB Gill, "Don’t trash our future" names and shames councils who have a poor record of enforcing litter fines, with culprits including Cornwall, Preston and York, among others.

Launching today (27 July) with a five-metre digital screen that will tour London, the North and the Southwest, the work was created by Nick Appleyard and Rebecca Fildes. 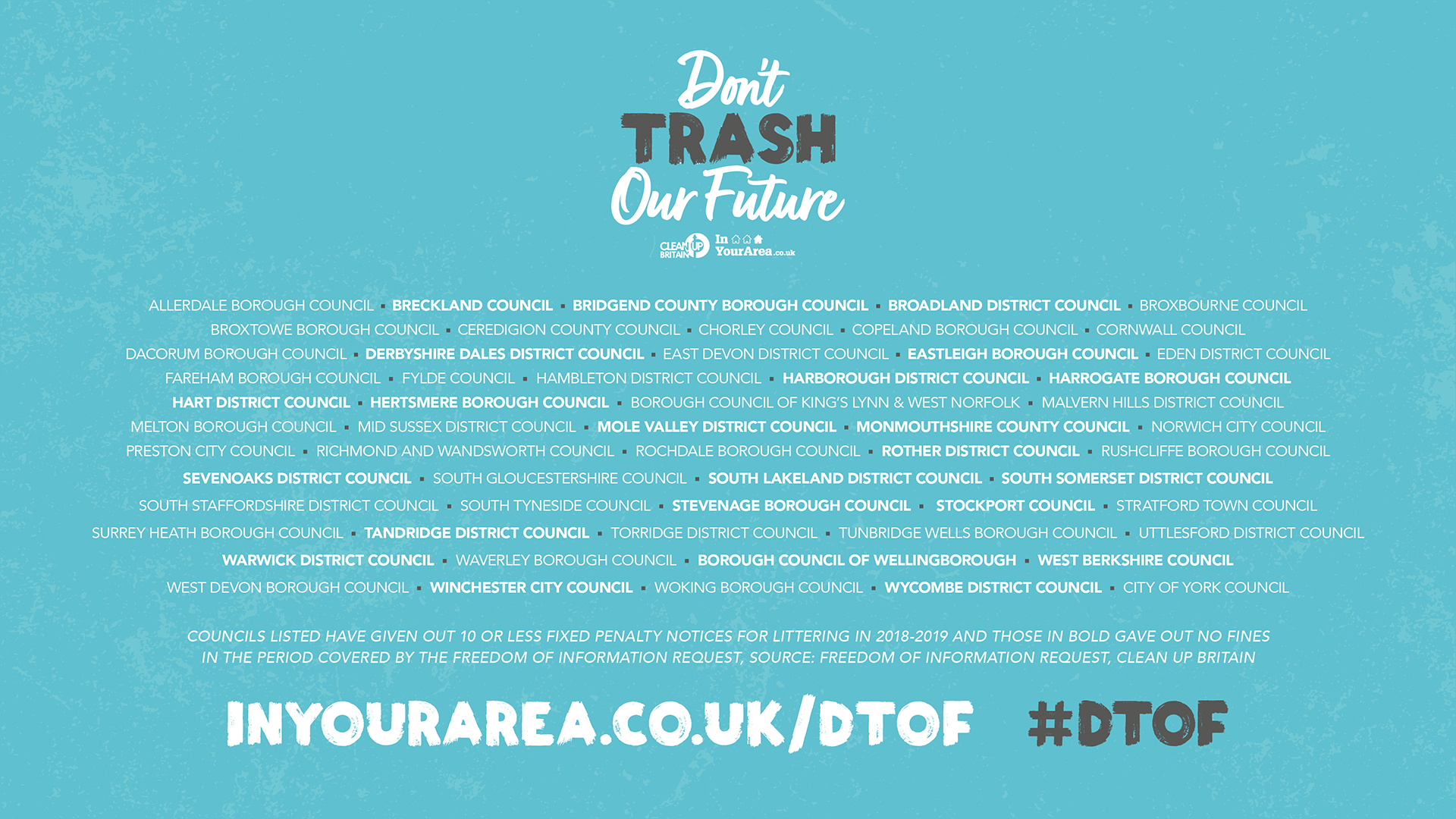 "In Your Area are proud to be working with JB Gill and Clean Up Britain to tackle the country’s litter and waste epidemic," Ed Walker, editor-in-chief of In Your Area said.

"Our users are sick of seeing their neighbourhoods being treated like rubbish dumps. 'Don’t trash our future' will hopefully make councils and members of the public think harder about the littering issue which they continuously neglect."

The campaign follows a survey by In Your Area that found 96% of more than 7,500 respondents believed litter is a public health concern, while 64% said the problem has worsened since lockdown eased.

More than a third (34%) claimed the current £150 fine is too low and should be raised to more than £500. A Freedom of Information request sent by Clean Up Britain to 169 councils in England and Wales found that more than half (56%) of councils were issuing fewer than one fine a week, with 16% not issuing any at all. 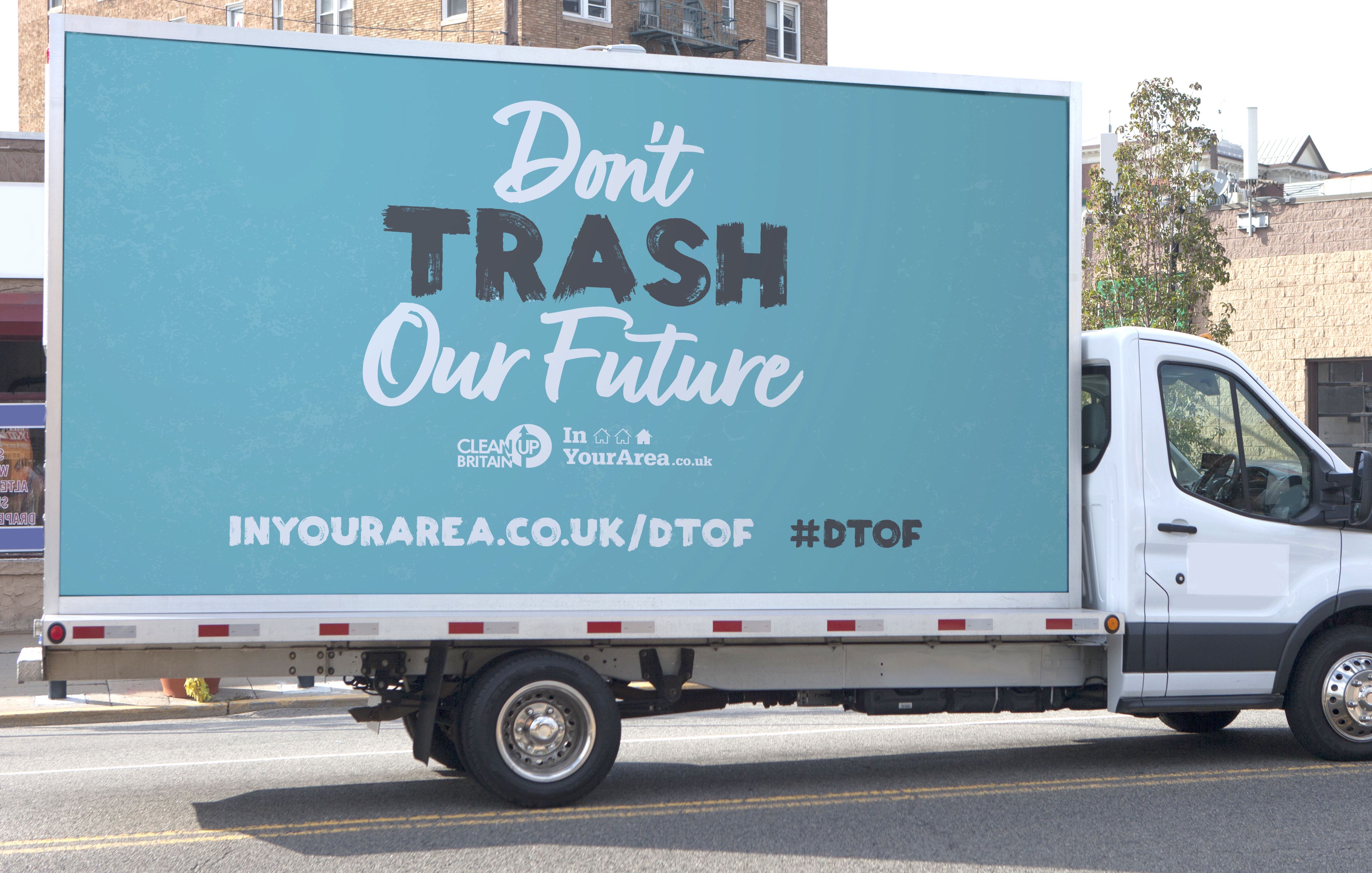 John Read, founder of Clean Up Britain, said: "Fines need to be increased to a level which shows the government – and society generally – will no longer tolerate this antisocial and selfish behaviour.

"In addition, we also need to ensure fines are a credible deterrent, by making it compulsory for councils to enforce the law, which currently it's not."

The campaign comes alongside a petition for the government to increase litter fines across all councils from £150 to £1,000, and enforce 100 hours of community service as a deterrent to those who choose to litter.

In Your Area is also encouraging members of the public to clean up litter throughout August and September via clean-ups, organised in line with local council guidelines. 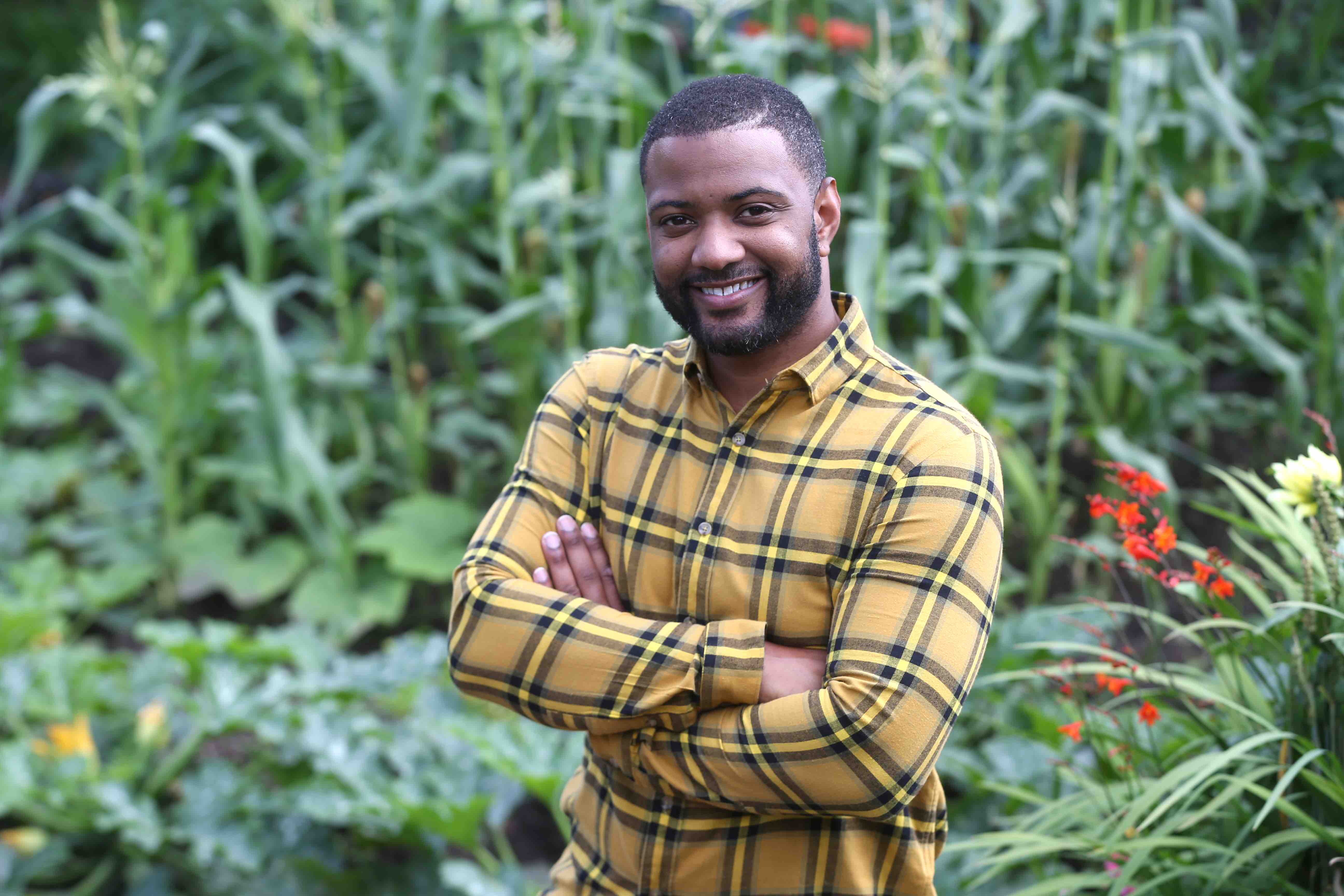 The campaign is backed by JB Gill, JLS singer and presenter of CBeebies show Down on the Farm, who added: "People recognise that litter is a public health concern and a major problem.

"Therefore the only way to stop the damage being done to our health, nature and wildlife is to sign the ‘Don’t trash our future’ petition; object to local councils not enforcing fines and push for a higher penalty for those dropping litter."

The month in advertising: Time to restart, rebuild, reset