The pitch has been transformed into a portrait of three of Premiership Rugby players.

Gallagher Premiership Rugby briefed Taylor Herring to deliver a campaign to mark the restart of the season and promote awareness among fans after weeks of lockdown.

The image, which occupies most of the 7,000 square-metre pitch, was created using a grid of 13,420 elements, with each painted line in the portrait six inches wide. Nearly 1,280 litres of biodegradable pitch marker paint were used.

In addition to the artistic pitch creation, the agency has produced social-media assets and placed media interviews with key players.

“The pitch portrait is such a spectacular way to celebrate the restart of the Gallagher Premiership Rugby season and let the fans know that rugby is back on our screens again. We won’t take our eyes off the ball when it comes to being safe and secure in the fight against Covid-19, and all precautions are being taken to allow our players to be back doing what they love most – playing rugby.” 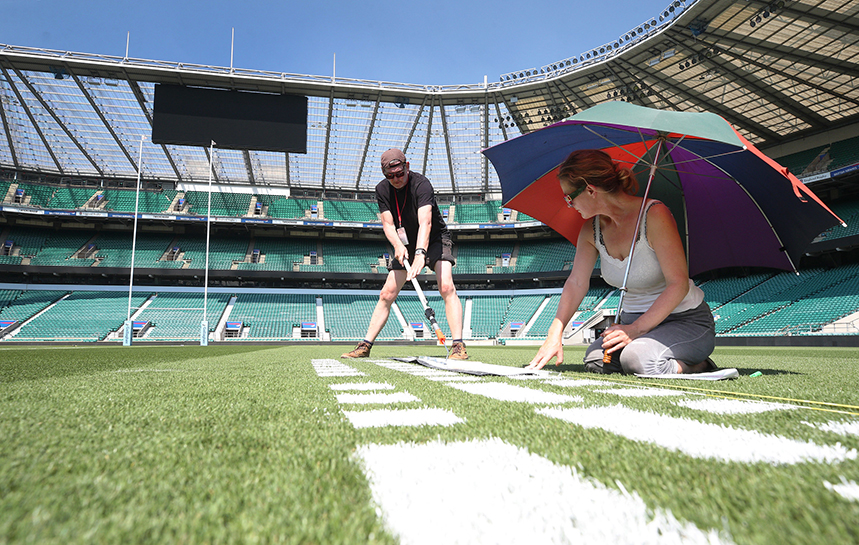 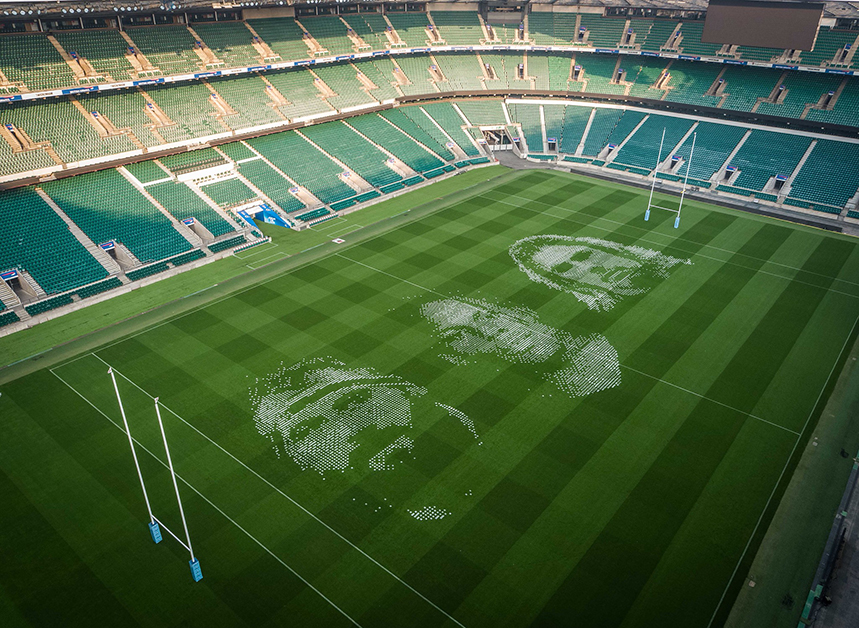 A version of this story first appeared on PRWeek.

Betting shirt sponsorships: the beginning of the end?

Pop-up hygiene units: paving a way for crowds to return to football matches