The Advertising Standards Authority (ASA) has ruled against a complaint by Unilever over an ad for rival Procter & Gamble's (P&G) Ariel Liquid Detergent and Ariel Stain Remover.

The TV ad depicts two young women in a laundry room discussing the "weird mystery" stains on a vintage dress. One of the women says: "Mum sent down this Ariel stain remover stuff to put in the wash with Ariel and it’s like three times as powerful apparently."

On-screen text states: "Tested on bleachable stains vs 3x dose Ariel Compact." A visual of an Ariel liquid detergent bottle, a "+" sign and an Ariel stain remover box are accompanied by a voice-over stating: "Ariel plus Ariel Stain Remover, triple your power against stains."

A magazine ad made similar claims, with similar qualifications.

The ads received a single complaint, from Unilever. Unilever challenged whether the claim "3x stain removal power at 30 degrees C" in combination with the qualifications in the ads was misleading and ambiguous.

P&G countered that the ads conceptualised the benefits of combining Ariel Stain Remover and Ariel Liquid Detergent and insisted that both made it clear that Ariel Compact’s performance was equal to three doses of Ariel Liquid.

The ASA acknowledged that the "three times stain removal power" claims in both ads were accompanied by sufficiently explanatory text. It also noted that the ads included visuals of the two products together, so that consumers would understand the stain removal claims referred to a dose of each of the two advertised products.

The complaint was not upheld and no action was taken. 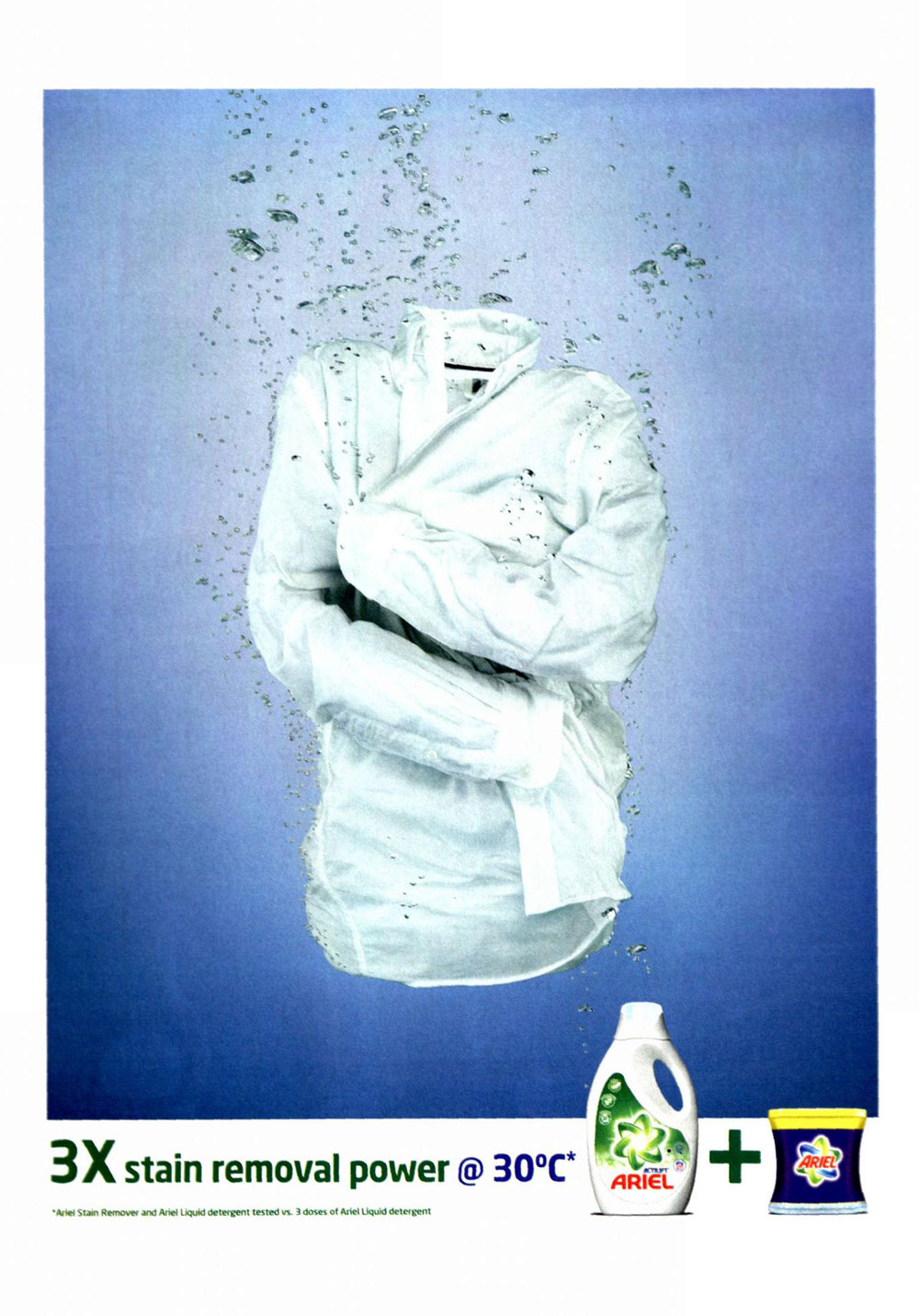