Robert Birge has held series of marketing leadership roles at US companies. 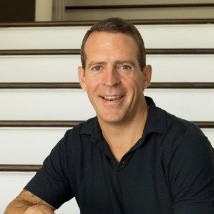 Asos has appointed Robert Birge (right) as its first chief growth officer, as the ecommerce business attempts to bounce back from a big fall in profits despite continued sales growth.

Joining on 3 December, Birge will report to chief executive Nick Beighton and will lead both a marketing team of 170 people and a customer care operation of more than 1,200. Asos said it was the first in a series of appointments intended to strengthen the executive team; it is also in the process of hiring product, HR and strategy chiefs.

Asos has worked with agencies including Uncommon Creative Studio on its advertising.

Beighton said: "Robert’s proven track record in delivering high-impact marketing programmes for fast-growing ecommerce businesses means he is an ideal appointment for this new role. And, with more than half of our revenue coming from international markets, his global experience will help fuel our ability to take advantage of the growth opportunities ahead of us."

Inside the world of a digital marketing executive

How I reinvented the concept of the lad

Does the M&S result prove ad agencies can't do fashion?