With the reputation of legacy banks tarnished, Atom is seeking to disrupt the sector with a personalised user experience.

It has been seven-and-a-half years since the Great Recession officially came to an end, but it would take more than a pair of rose-tinted specs to see much of a recovery in public perception of the banks blamed for causing it. 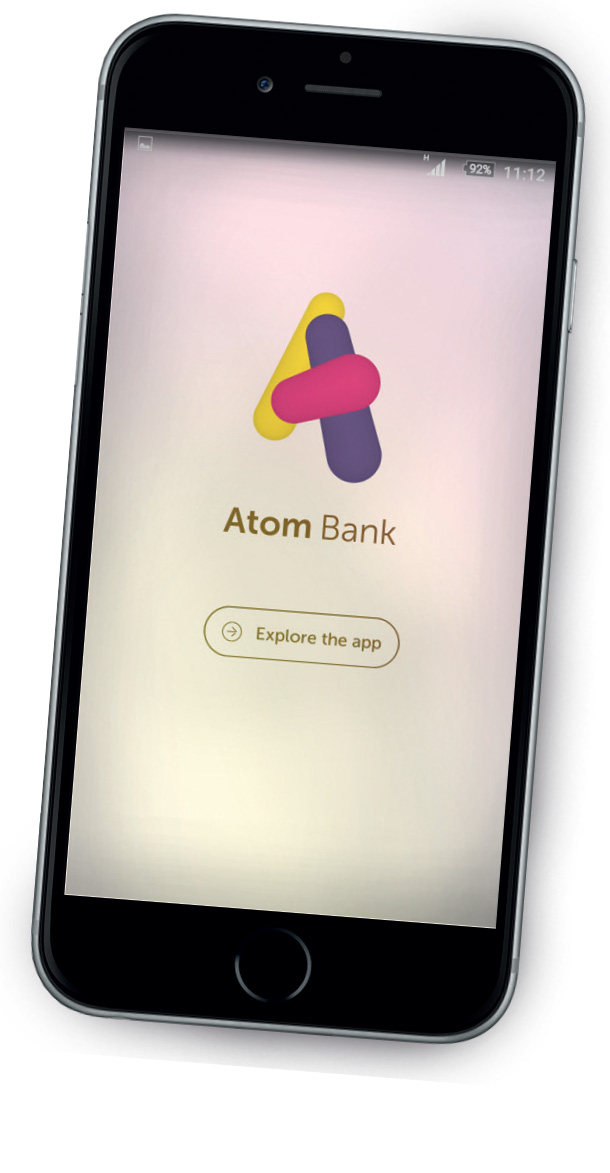 In the Reputation Institute’s latest annual RepTrak ranking, which gives brands a score out of 100 based on good feeling, trust, respect and admiration, three major UK banks were scored under 60, indicating a "weak or vulnerable" position: Barclays (59.8), Lloyds Bank (57.3) and Royal Bank of Scotland (49.3). NatWest and HSBC did a little better, scoring 65.1 and 62.1 respectively.

All of which should create a golden opportunity for the new entrants that are free of the baggage of legacy banks. One of these, Atom, became the UK’s first digital-only bank when it launched its first products – two fixed-term savings accounts – in April. Last month, Atom opened up its service to anyone in the UK following an invitation-only period, with an Android app joining the initial iOS version. Other offerings, including a current account and mortgages, are in the works.

Lisa Wood, chief marketing officer at the Durham-based company, says Atom is targeting consumers alienated by what she calls the unfair and non-transparent offers of major banks. The low overhead costs (Atom has a call centre but only for technical support rather than telephone banking) mean the bank can put money into offering better rates that would otherwise go to sustaining an expensive branch network – as evidenced by both of its savings accounts being rated the best of their kind by Money Saving Expert.

Moreover, prioritising technology allows Atom to use data to enhance its product, Wood explains: "We’ll use the technology to help customers understand simple things like when they’re going to be overdrawn – you can predict that in advance, so why not tell them in time?"

While interest rates and convenience are inevitably key selling points for a bank, Atom has given equal priority to its brand identity – recognising that, with no physical presence, the app is the "face" of Atom. As well as appointing Mother to deliver a brand strategy and an integrated creative platform, Atom hired TH_NK to build the app and develop the brand – tasks that TH_NK chief executive Tarek Nseir says go hand in hand.

"It’s very heavily accessed through biometrics [the app offers facial, voice and fingerprint recognition], so we had this unique understanding of each consumer’s DNA in a way that other banks didn’t," Nseir says. "We decided to capitalise on that and create a brand that’s unique for each customer."

What this means is that when a user registers with the app, it will use their biometric data to create a bespoke colour scheme and version of the logo (though both can be manually altered). In addition, the name shown within the app can be changed to, for example, "Tarek’s Bank".

The ability to personalise the user experience conveys an understanding that each user has different needs and preferences, Nseir believes. He isn’t concerned that a less fixed visual identity risks diluting the strength of the brand: "Standing for something is far more valuable than applying consistency in the way that we normally do."

Nseir adds that Atom’s disruptor identity enables it to plausibly use a humorous tone in its marketing and the "founders’ characters are assets that we can play with", unlike established banks. "When you think about where banks have come from, the reality is that legacy does them no favours now," he argues. "Many of these bigger banks just don’t have a licence to talk like that with their customers."

The traditional banking sector is also lagging behind other categories in digital, Wood believes. "Generally, consumer expectations in the digital space are massively increasing. Brands such as Airbnb, Uber and Citymapper are changing the landscape of customer expectations," she says. "But within banking, they’re not so high. Brands have done a good job in starting to switch to digital but, for the most part, what they’re delivering is a fairly functional mobile experience. It’s not got into the realms of being really intuitive."

How challenger brands can move up the food chain

The disruptors are eating your lunch

TSB appoints Vizeum and John Brown for media and content