WHY Rodríguez’s company sourced the location for the shoot of the latest Jose Cuervo ad created by Albion London (pictured, below) in Mexico.

HOW He says: "The desert is a peculiar place to be! In the desert, sound travels faster than anywhere else. One of the team was searching for a phone signal and walked way up a hill with her back to the set and the PA standing behind her. People were desperately signalling to them because it was messing up the sound for the shot. 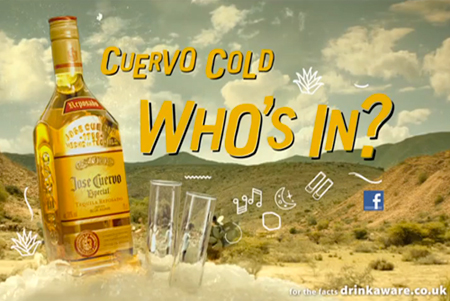 "Another funny story was when one of the locals saw [the Albion chief executive] Jason Goodman walk high up another one of the desert hills and told the producer to advise him against it because there were snakes around – small ones that aren’t poisonous, but which jump off the ground and fly a short distance. The hill was covered in loose rocks, so a jumping snake would obviously startle you and could cause an accident. The local told the producer the name of the snake, but she promptly forgot it. So, at lunch, when she asked another local the name of the snakes in the area and he answered ‘rattlesnakes’, she almost dropped her pants.

"On another occasion, the location manager was putting out the location road signalling when he heard a coyote howling nearby. He was so scared that he ran off as fast as he could, only to discover that the production gang were just playing a trick on him."

How did you pick the location?

We selected San Luis Potosí because it is an accessible desert that met all the project’s needs. As strange as it sounds, this desert is just 35 minutes away from the state’s biggest city.

Where is the most interesting place that you’ve worked on?

The most interesting place was Mexico City’s downtown. It is crazy how busy it looks and how easily you can quiet it down for shoots. It is like going back in time.

What do you enjoy most about your job?

Getting a new mission every day – we feel like an intelligence office getting sent off to perform in different ways and places. And, most of all, getting to know new friends from all over the world.