Consumers will be able to practice ahead of entering music video competition.

Bacardi has enlisted dance group Diversity to get consumers ready for the chance to be in a crowdsourced music video.

Diversity will be hosting a virtual dance class from Frame London where consumers can learn the moves to a remake of Miami Sound Machine hit Conga, produced by Boi-1da and featuring Meek Mill and Leslie Grace.

On 9 December Jordan Banjo, Perri Kiely, Sam Craske and Nathan Ramsay will be part of the live stream and a second class will be held on 11 December led by dance instructors from Frame London. The classes will give consumers a chance to practise before entering the "Conga Feat.?You." competition.

To be considered for the Conga music video, consumers can submit a voice recording or video showcasing their dance moves via the "Recording hub experience" by 13 December. The recording hub prompts consumers to select either "sing" or "dance". The digital experience includes a backing track and karaoke-style lyrics on the screen for singers as they record their take on the chorus, or choreography to follow by Ian Eastwood while filming their dance moves. 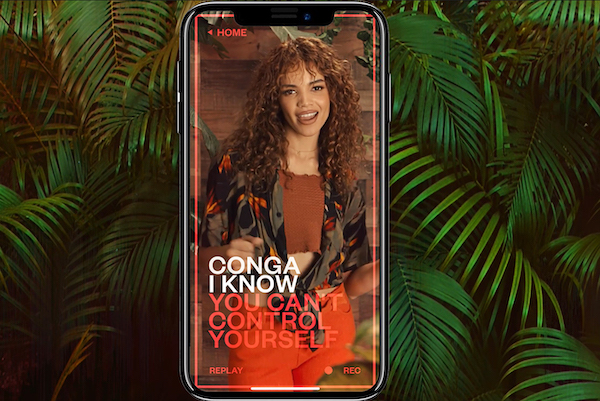 Producer Boi-1da and Bacardi will select which users appear in the music video alongside talent including Alesha Dixon and Jasmine Saunders. Other fans who submitted their dance moves will be included in an interactive version of the Conga music video available online. The music video is set to debut the final week of January 2021.

Ned Duggan, global senior vice president of Bacardi. "Bacardi is a brand that thrives off bringing people together, and given the current state of the world, we wanted to create an opportunity to connect them by joining Bacardi in resurrecting this global hit, blessed by Emilio and Gloria Estefan themselves.

"It's an honour to work with passionate multicultural artists like Leslie Grace, Meek Mill and Boi-1da to unite people through music with an iconic song from the Estefan like Conga, while also creating moments and experiences for people to share their true, authentic selves on a global stage."