What are the tangible steps businesses can take to close the gender pay gap?

Last Friday was Equal Pay Day. To mark it, we created a campaign for the Women’s Equality Party that encouraged people to switch on their out of office, with the message; ‘I’m Out of Office. For the rest of the year’. For a campaign with no paid media, it made a huge impact in a very short space of time, with coverage across industry publications, the Huffington Post, the BBC, the Evening Standard, and the Sun, as well as catching the attention of some influential commentators and campaigning organisations. 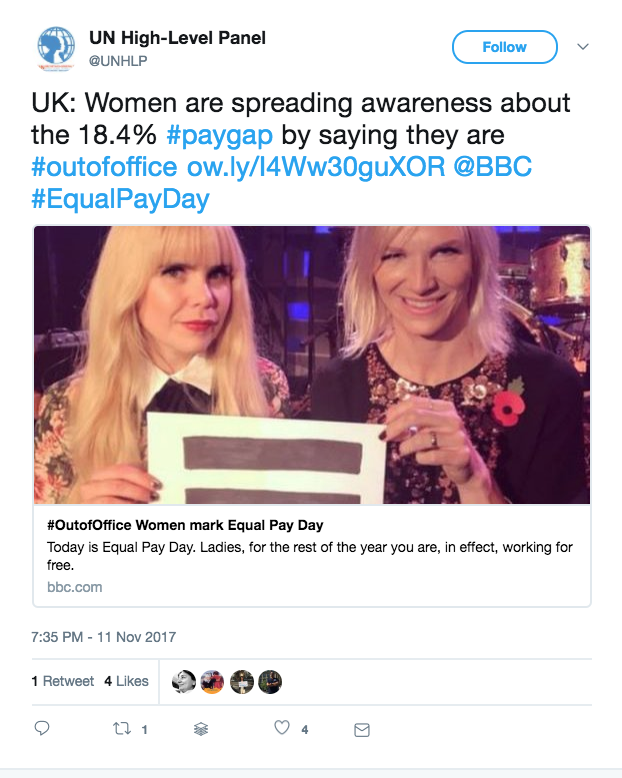 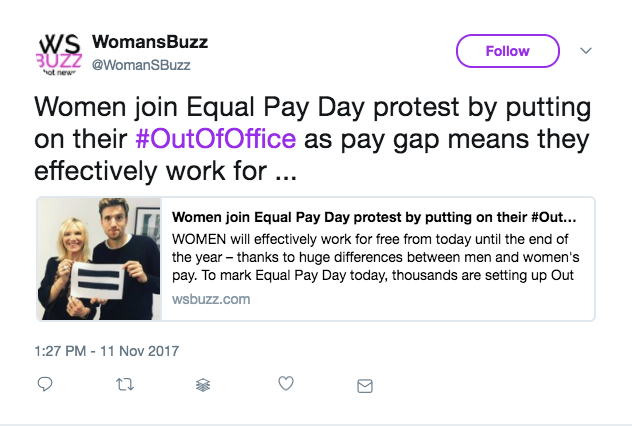 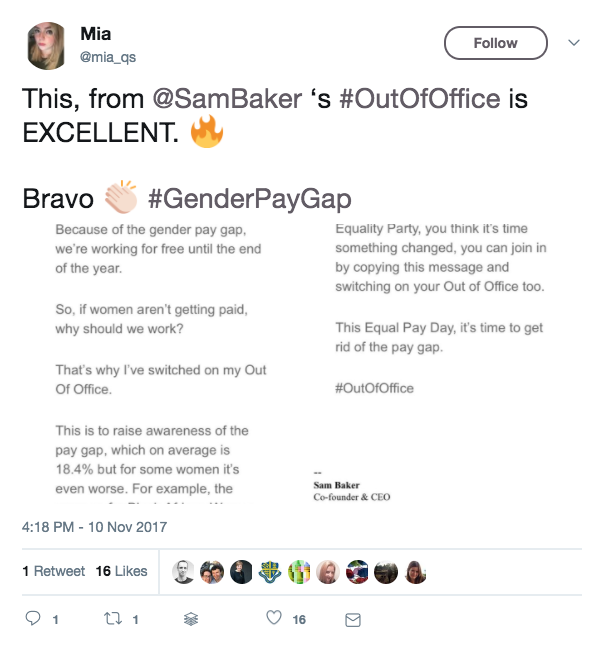 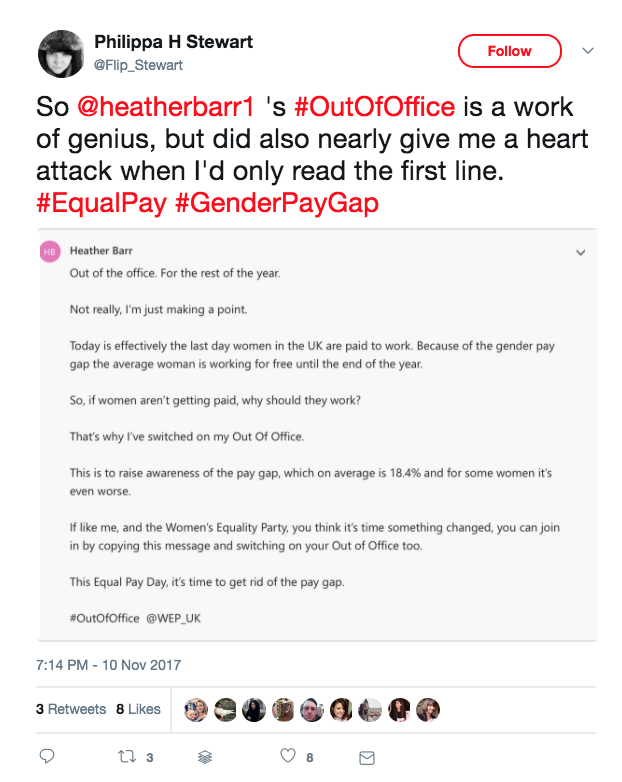 Women took real pride in being part of the campaign, or part of an organisation that supported it: 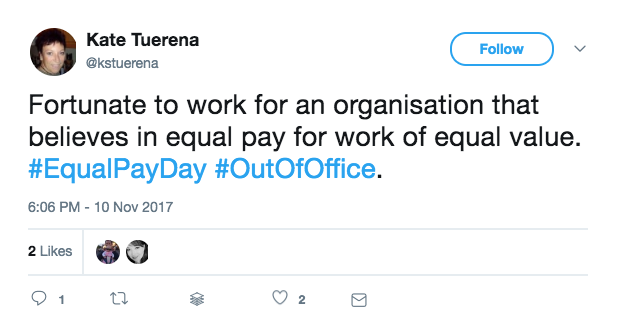 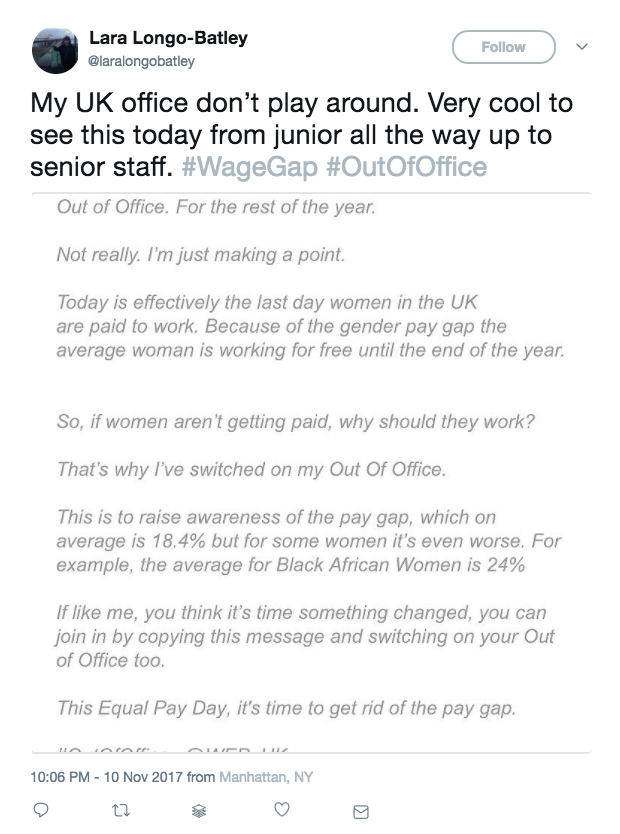 We heard great stories about people inventing excuses to email as many people as they could to spread the message, and those that didn’t feel able to take part, were full of admiration for those who did: 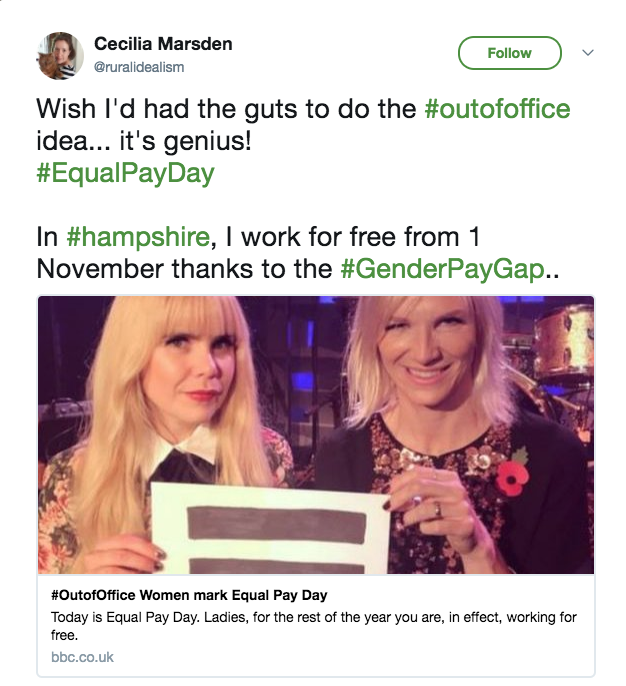 An unexpected but interesting consequence of the campaign is what it taught us about our industry and how we respond to stuff like this. There’s a wealth of research that identifies SMEs as the driving force of innovation, progress and change. It was gratifying to see many SMEs live up to this reputation, with their founders and leaders not only getting behind the campaign personally, but encouraging their whole organisations to follow suit.

But too often the response from people in large corporates was a wall of silence:

A litany of excuses:

"What will our clients think?"

"We’re doing our own thing for Equal Pay Day"

Or a fear that the issue was simply too sensitive:

"I think I would either be marched straight to HR or fired on the spot."

So perhaps the biggest thanks should be reserved for all those people working in corporates who felt liberated enough and brave enough to risk the consequences and took part anyway. As one woman put it:

‘F**k em. They’ll have to fess up to the problem next year, so what’s the harm in drawing attention to it now?’

Turning on your Out of Office to draw attention to the issue is one thing, but there’s a lot we can do to create substantive change. Here’s my top five:

It will take years to close the pay gap, but if we all do all of the above and more, we might just be able to nudge Equal Pay Day 2018 slightly further towards the end of the year. And whenever it falls, let’s hope industry attitudes have shifted sufficiently to let more of us feel able to show our solidarity and support by being #OutOfOffice.

How adland can close the gender pay gap

Could the language women use on their CVs contribute to an unequal gender pay gap?

Talk is cheap, but the cost of the gender pay gap isn't