Covid-19 has led to unprecedented changes in our working lives, but a Campaign survey shows that, while many of these changes are here to stay, it isn’t farewell to the office yet.

Adland is committed to its offices and expects staff to return by March 2021, but flexible working is here to stay, a survey by Campaign has found.

In what will be a relief to many city landlords, the majority of the 21 biggest UK agencies and media owners that responded to the poll do not plan to downsize or shed their office space as a result of Covid-19. Eighteen out of the 21 respondents (86%) said they were not looking to downsize their office and only three (14%) were considering a move to shared working spaces.

This is partly down to the need for space when social distancing, but also because the office is seen to be critical to an agency’s identity for both staff and clients. “We believe you need the office as a hub of the business,” one respondent wrote.

In total, 47% expected their staff to return by the end of this year and 33% by the end of Q1 next year, but most also expect that employees will continue to work at least part of the time at home.

While the overnight shift to mass flexible working may have been abrupt, the majority are feeling the benefits and all respondents said these policies would continue in the long term. 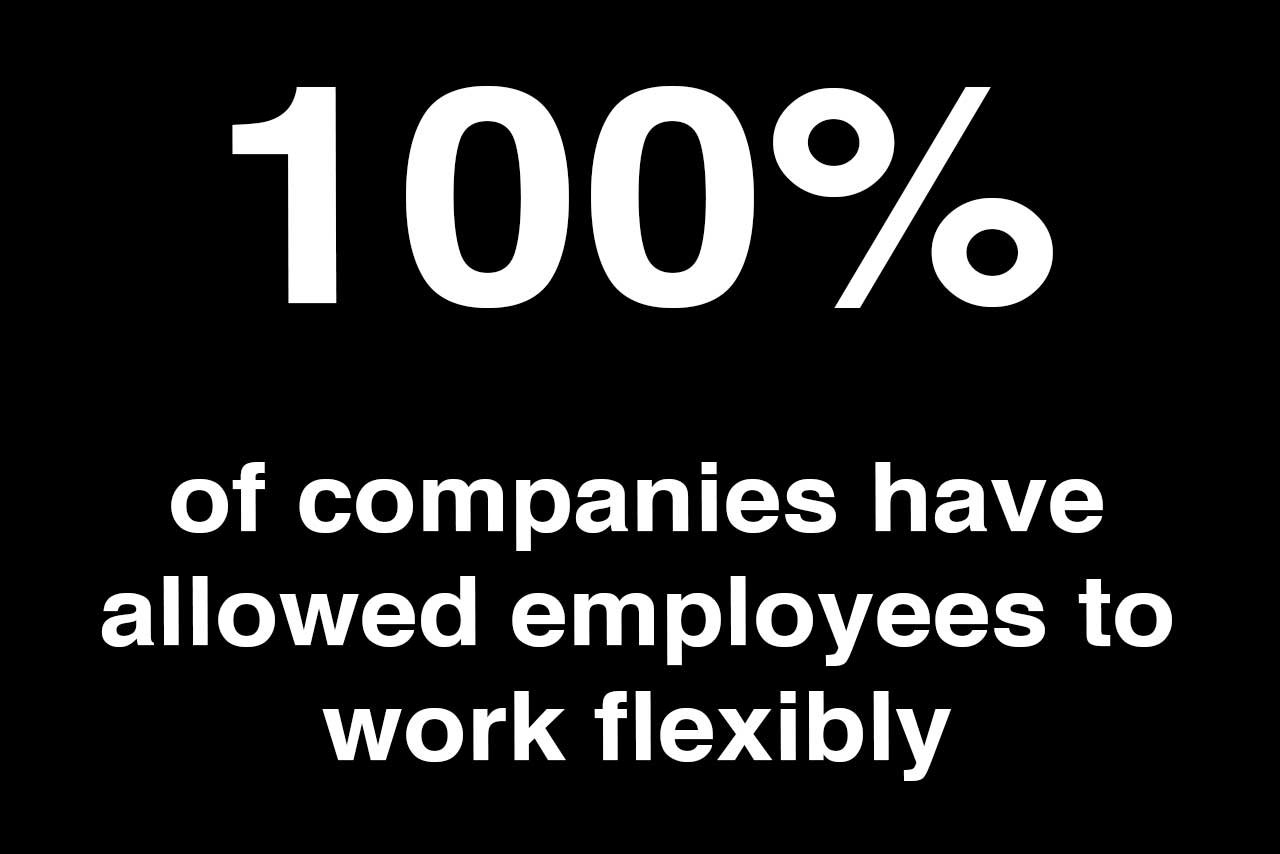 “We love our office”

Almost all the survey respondents (86%) rejected the idea of swapping their office for a shared working space, either saying they had too many staff to make it cost-effective, they required more privacy or the office was part of their identity.

One said they had used a shared work space in the past, “but it can be a cause for concern with clients, especially in new business”. Another added they didn’t think clients would view such a space positively.

There was widespread agreement among agencies that having their own office was critical to creating and maintaining their own culture.

“The office has become more important for employee branding, rather than less,” wrote one. “An agency needs to have its own space to help build culture and connections,” wrote another. While one simply said: “We love our office.”

The building itself will look very different. Eighteen of the 21 respondents (86%) said they were changing their layout, mainly to adhere to social-distancing guidelines. The most common changes will be greater physical separation between desks, more space in walkways, one-way systems and booking apps to reduce capacity in the office.

But these new-look offices will also prioritise collaboration over individual working, which can be done – often more efficiently – at home.

Respondents are expanding meeting areas at the expense of individual desks. “We don’t want people to come in just to Zoom, they should come in for a reason, to collaborate and see each other,” wrote one. 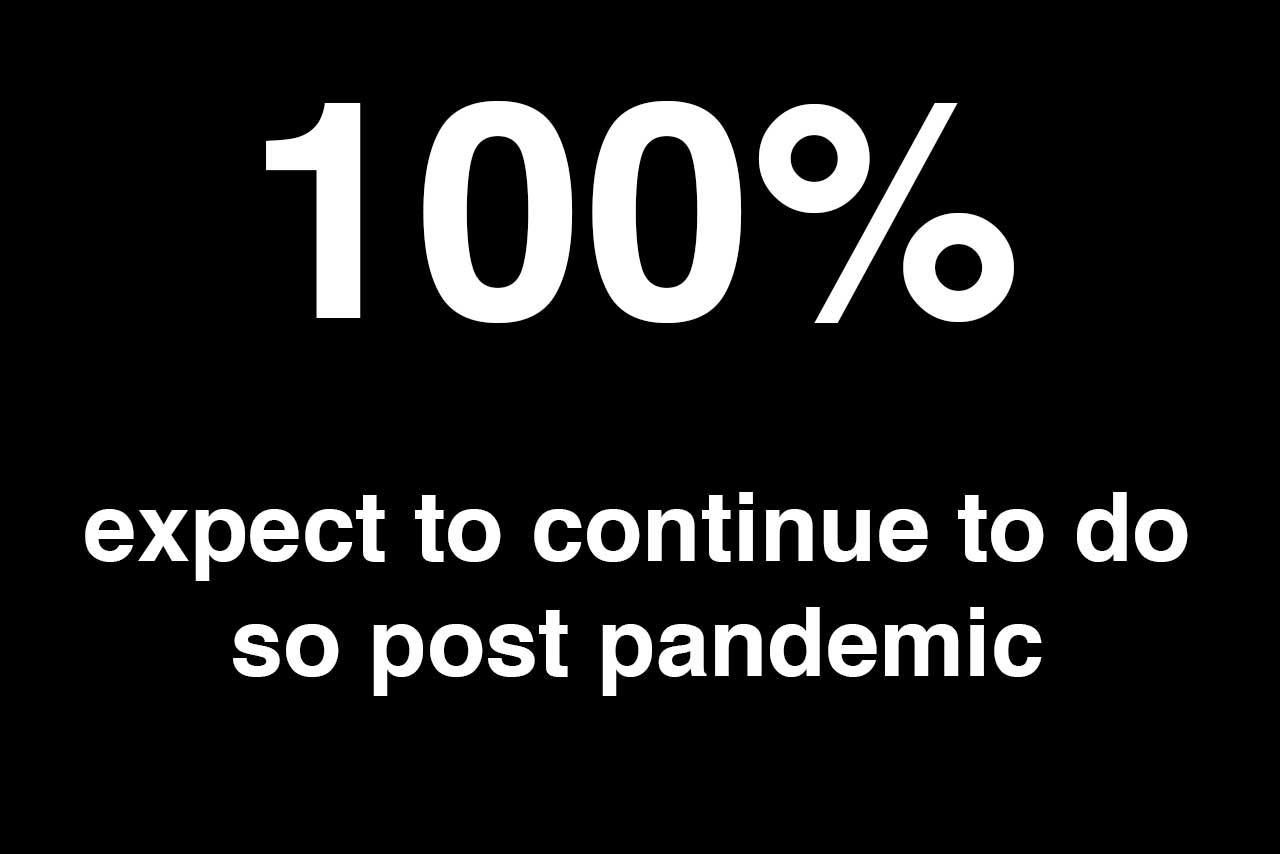 Currently, the majority of respondents (90%) were seeing up to 50% of staff coming into the office over a weekly period, with most individuals coming in one or two days a week. Almost all expected these numbers to rise over the next three months.

But the experience of flexible working has been a positive one. Respondents reported no dip in productivity, a happier workforce and better relationships with clients. Others said it will be cheaper in the long-run and may also help them attract more diverse talent. Indeed, seven respondents had seen several of its staff move away from cities.

“We have proved we can work really well remotely, so why not give people the flexibility to carry on doing so? What we are focusing on is having people come into the office where there is a clear benefit of human interaction – team bonding, onboarding new starters, client meetings, pitch kick-offs,” said one.

Another wrote: “We have had a good experience of staff working from home in lockdown with no real change to productivity so we are encouraged to extend this. The ‘watch-outs’ are training for younger staff, company culture and morale.” 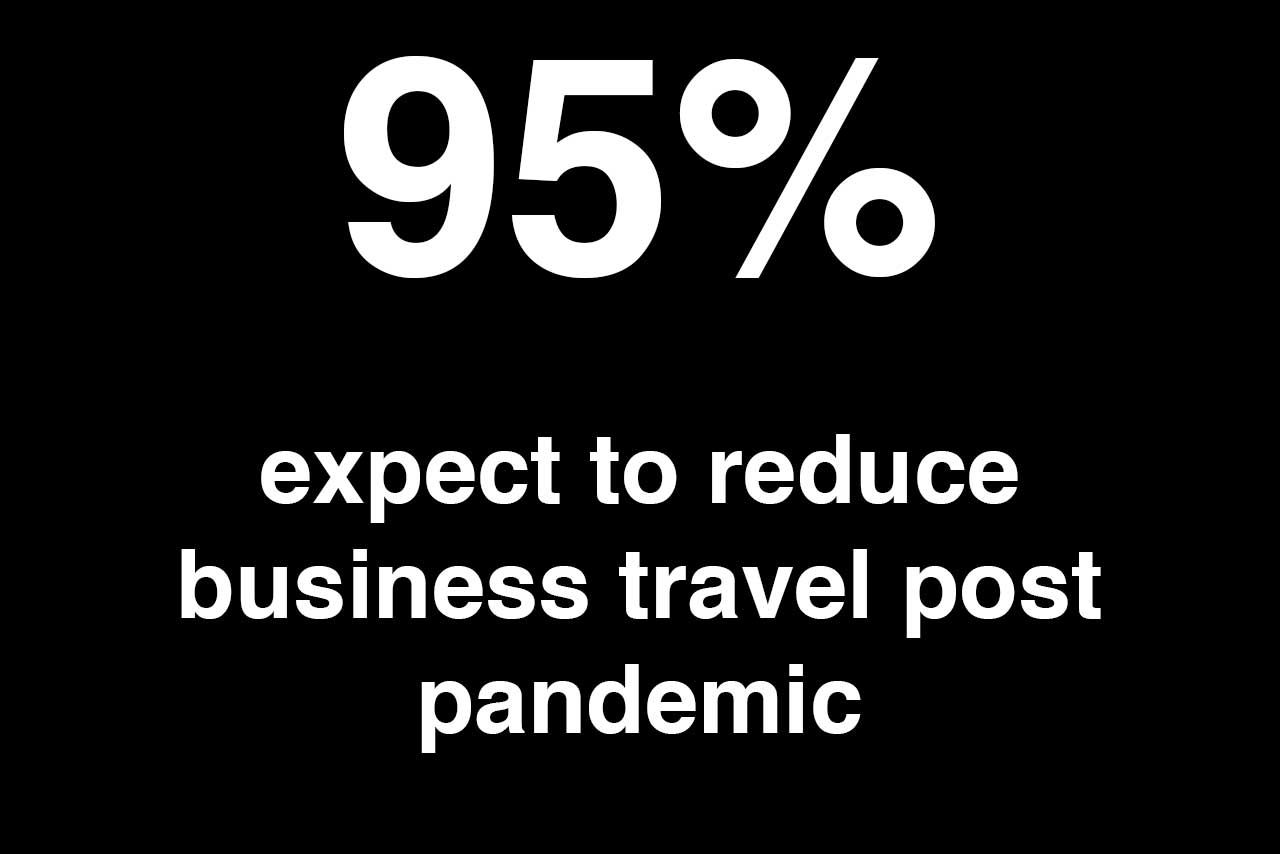 When respondents were specific about their plans, the most popular future model was three days in the office and two at home.

Other popular measures include staggered start and finish times to avoid rush hour and core days or hours in the office.

Government restrictions may have put an end to business travel in the short term, but 20 of the 21 agencies expected a reduction in such activity to be a long-term trend, in part due to the mass adoption of video conferencing.

Most expected some limited business travel to begin again but only for essential meetings. As one wrote: “We would always ask whether the meeting couldn’t be done by Zoom.”

The past six months may have been a period of huge adjustment for adland, but one silver lining is a huge push to end adland’s long-hours culture.

As one wrote: “Our fluid working policy has become more meaningful during Covid. We now have a performance culture, not an attendance culture. As long as you get the job done, you can work from wherever.”

Campaign survey with responses from 21 UK agencies and media owners with a combined employee base of 8,600 staff (conducted 26 August-1 September). Some respondents did not answer every question. 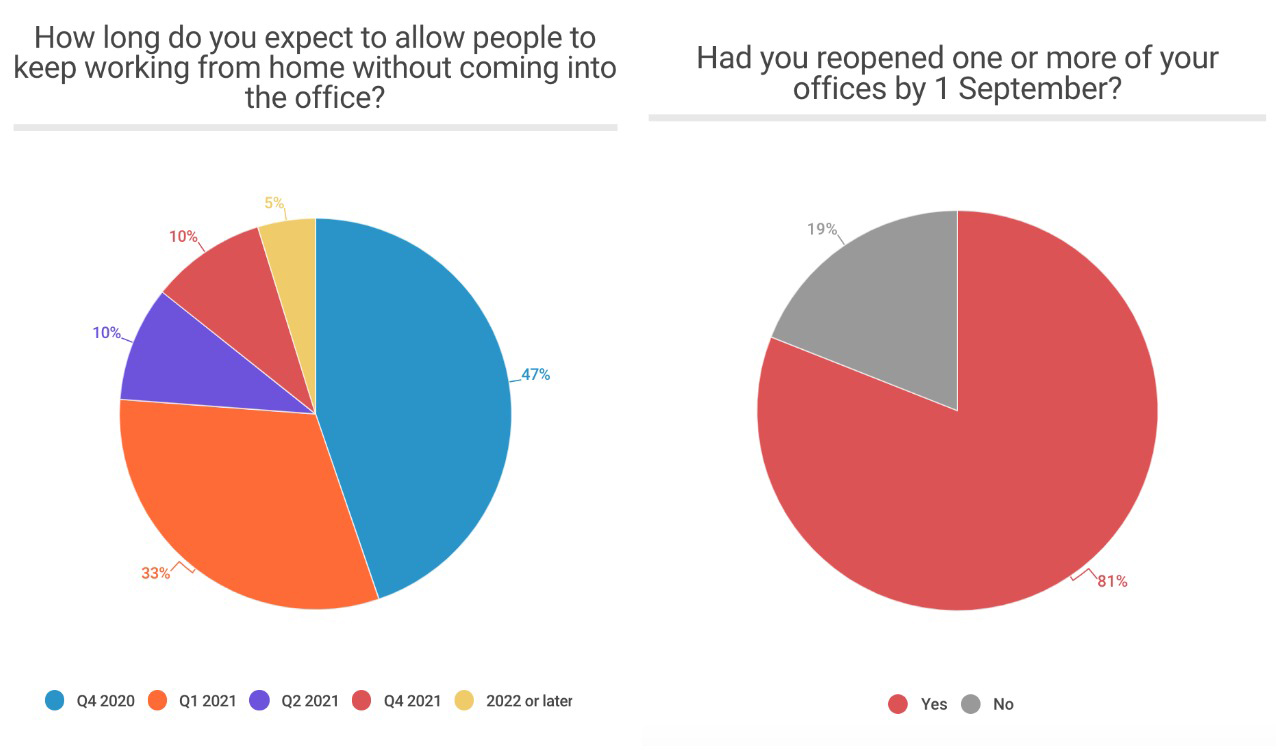 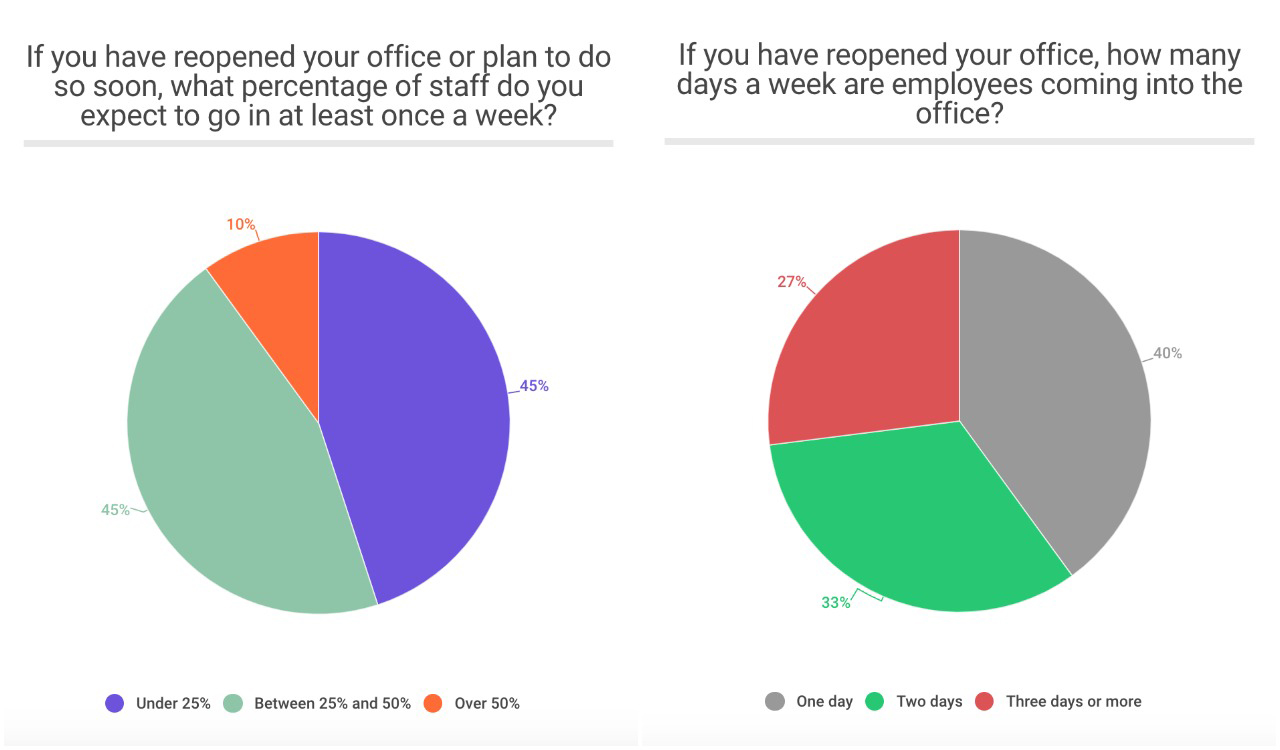 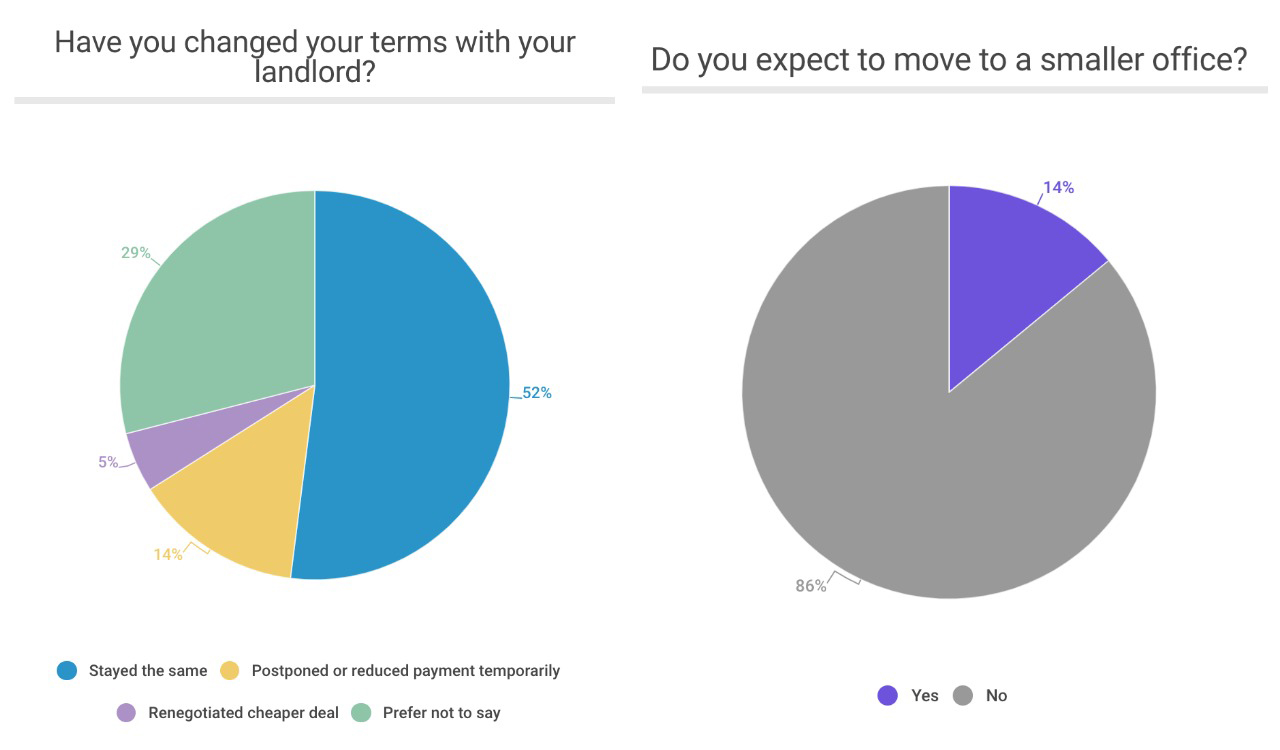 We're learning: How Mother is going back to school (office life)