With the BBC's former ratings darling defecting to Channel 4, the show's public service shackles have been thrown off and the programme is free to exploit its commercial potential, writes the MD of the Licensing Industry Merchandisers' Association

Last week I was at a lunch in London for trade association heads. Before we got down to ‘serious issues’, initial gossip turned to Channel 4’s takeover of the The Great British Bake Off from the BBC. Hardly surprising given the show’s status and popularity, but what surprised me the most was the hostility among these professionals, including those in marketing, around the inclusion of advertising breaks in the new format.

When you consider the controversy around the changes to the GBBO presenters and the programme schedule, you can only imagine the hurdles Channel 4 has had to overcome to earn the revenue to cover the costs of buying the show. If industry heads won’t support it, it’s no wonder that GBBO fans are kicking up a fuss on Twitter to complain about the repeated interruptions.

However, last night Channel 4 cleverly surprised us all, with the return of the history segment since the show’s move from the BBC. Tying into the caramel week theme, host Noel Fielding took viewers on a trip to Holland to investigate the history of stroopwafel (Holland’s national cookie) and from the reactions on Twitter, the famous historical interludes seemed to go down a treat with GBBO fans.

Considering that the show is now over an hour long due to the addition of the not so popular ad breaks, featuring brands such as Dr.Oetker and Lyle Golden Syrup, I initially wondered whether the return of the interludes would be an unwelcomed extra but it seems that GBBO fans were pleasantly surprised.

The rights to license

The industry sector for which I am responsible, the licensing business, is another very significant source of funding for broadcasters and production companies, even an alternative source in the case of public service broadcasters like the BBC and C4. The case of GBBO is an interesting one here. 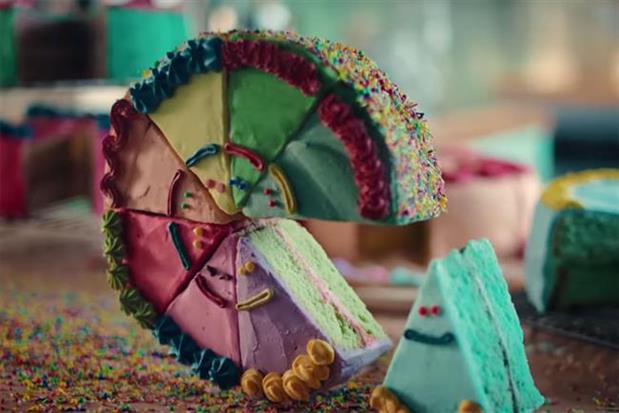 The rights to licensing belong to the production company, Love Productions, so revenue from licensed merchandise sales won’t automatically flow to C4 (though there may be a share in such revenue, depending on the terms of the agreement between producer and broadcaster). This situation would also have pertained at the BBC, of course, though there may be some differences in approach under the new regime.

Bake Off has been an undoubted success in the licensing field. Since the show began in 2010 over one million copies of official book titles have been sold in the UK. There is a huge range of gifts ranging from a Star Baker cake-tin to a ‘Soggy Bottom’ apron. Almost every kitchen aid you can think of is available – spatulas, bowls, plates, cake stands, you name it. How the GBBO licensing programme keeps up momentum moving forward depends on three factors:

To start at the top, as you can imagine the show’s producers have enough on their plate for this series, establishing the show in its new home with new presenters to spare much time to further develop the licensed goods range. However, I’m certain that they will be open to approaches. Already I’ve heard from the producer’s Rupert Frisby, director of legal and commercial affairs, that they have opened up licensing in the US, ensuring that quality over quantity is maintained to reflect the show’s core values.

Looking long-term, there may be key differences brought about by the move away from the BBC. Take ‘Auntie’s’ commercial arm, BBC Worldwide – a successful business overall and notable for a history of big wins in licensing. BBC children’s programming enjoys the biggest history in licensing, from Teletubbies through to Tweenies, and Doctor Who, along with the grown-up stuff like Planet Earth which has also scored big.

However, the BBC holds dear its public service remit, and sometimes will not encourage the widest of licensing horizons in keeping with this. C4 may not fall under such constraints, which, in turn, will free Love Productions to pursue more licensing opportunities. 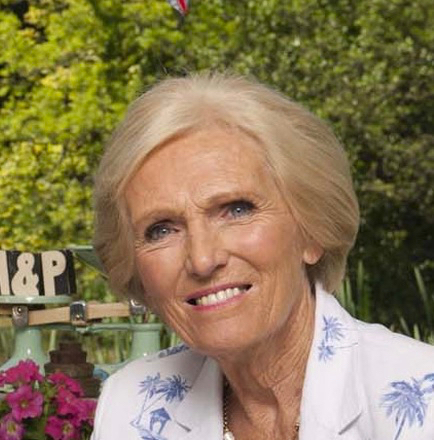 The third factor may be the most significant. Mary Berry is a true licensing power in her own right, with a wide range of deals from salad dressings to cake tins (taking in a ‘fancy dress mask’ along the way).

This summer she launched a range of boxed cakes with Finsbury Foods that is a huge success in supermarkets, proving her worth as a cooking and baking icon outside of the GBBO world. With Mel and Sue also no strangers to licensed merchandise, that leaves Paul Hollywood on his own, carrying the new team forward with his ‘licensing legacy’.

Overall, I think that there is new licensing business for them all, the individuals and the show. But it comes down to whether viewers buy into the show’s characters and personalities as to whether merchandise will continue to fly off the shelves.

'Cautious' Bake Off was out of character for Channel 4 brand

Great British Bake Off launches with 6.5m viewers on Channel 4

Harry Potter is proof of the potential of visual imagination

From vibrators to colouring books, licensing proves that audiences are young at heart and eager to show it