The Balmain x H&M collaboration is off to a rocky start, with lengthy queues outside flagship H&M stores and frustrated shoppers locked out of overloaded websites.

The collaboration between Balmain designer Olivier Rousteing and H&M was announced in May, leading to almost six months of hype around the new collection.

This marks a run of high-fashion collaborations for H&M, with previous partners including Stella McCartney, Karl Lagerfeld, Donnatella Versace and Alexander Wang.

It went on sale today, leading to a rush of shoppers both online and offline. H&M's international sites and apps went offline almost immediately, overwhelmed by traffic.

Online shoppers hoping to pick up a piece are being greeted with a blank website and the message that there's a "high level of interest" in the new collection. 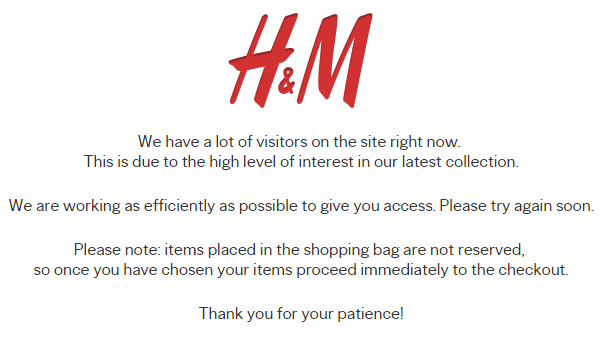 Customers have been camping overnight in the wet weather at the flagship H&M store on Regent Street, much to the bemusement of passers-by.

People are camping outside of H&M, what is going on?!

Those lucky enough to buy pieces are already selling them at a considerable mark-up on eBay.A beaded dress worn by Kylie Jenner starts at £650.

According to those waiting in line, the early birds are also selling their purchases for at least double the price to those still outside.

Particularly coveted items include the beaded dress, a beaded jacket, and T-shirts. 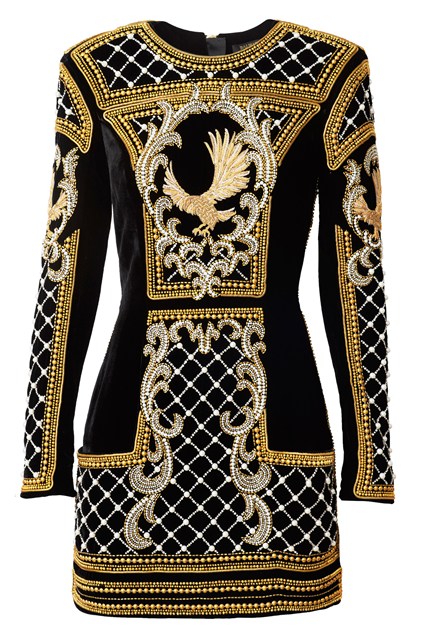 The collection is being promoted under the hashtag #HMBALMAINNATIONARMY, which includes celebrities like Kylie and Kendall Jenner, and model Jourdan Dunn.

Has H&M lost control of its fashion collaborations?

The future of average: why millennials and Gen Z are striving for the unique