Barclaycard is aiming to attract consumers suffering "offer fatigue" from daily deals providers such as Groupon and Wowcher, with the launch of its "genuinely tailored" new deals brand, Bespoke Offers.

Bespoke Offers will be open to all consumers, not just Barclaycard and Barclays customers. It will offer a range of pre-pay deals and money-off discounts for both larger brands and local independent businesses, via scannable codes and direct links to merchant websites.

Consumers will be encouraged to visit its Bespoke Offers website and mobile app (below, right), where they will be free to browse and purchase deals without registration. If customers then choose to register, they will be offered deals relating to their selected preferences and – if they agree – purchase history. 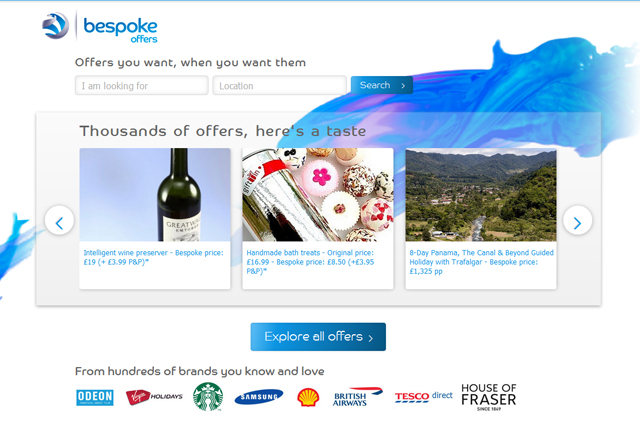 Participating brands will be expected to pay, based on performance, and will be able to track the effectiveness of their deals.

Barclaycard will promote Bespoke Offers with a six-week integrated campaign, by BBH, carrying the strapline, "For everyone, from Barclaycard". Two 40-second TV ads, featuring indie band Kaiser Chiefs and TV stylist Gok Wan, will show the product in action in a humorous way.

The campaign will carry a "heavy digital spent", including homepage takeovers, search marketing and "charming" social media initiatives, such as Bespoke Ballads, which will feature personalised ballads performed and recorded for Twitter users, each time ending with a deal relevant to their past tweets.

In an effort to extend the appeal of daily deals to a younger male audience, the brand will also push an online game, Myplayertwin.com, which uses facial recognition software to pair the user with the Premier League footballer they most resemble. Participants will then be offered discounts on football-related merchandise.

According to Stuart Beamish (below, right), marketing director for Bespoke Offers at Barclaycard, both consumers and retailers will welcome the brand into the "scattergun" daily deals space.

Beamish said: "Looking around for offers and deals is something we all do, but we felt customers are being underserved here. They’re being bombarded with offers. 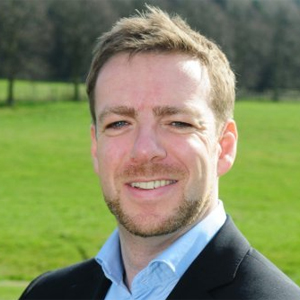 "We believe we bring a level of experience, both to consumers and retailers, so we can hopefully attract consumers who have either tried these sites and been blasted with irrelevant offers, or people who tried it and been put off in the past."

The key to the proposition, claimed Beamish, is the ability to offer flexible levels of engagement to consumers.

"A lot of those on the market are one-size-fits-all. This is the daily deal, this is what you’ve got today, it’s in your inbox, that’s how you find out about it," he said.

"Different customers will use the website in different ways. Some people like to be inspired and tempted by emails, others don’t. If you want to sign up, that’s great, but if you just want to browse that’s fine too."

He said: "We have a high degree of rigour when we sign up offers.There’s a level of due diligence to make sure we’re offering something as it is. We’ll also make the commitment to consumers that, if there are problems, we won’t just step back, we recognise that it’s our place to look into it."

Is Barclaycard Bespoke really the antidote to daily deals fatigue?