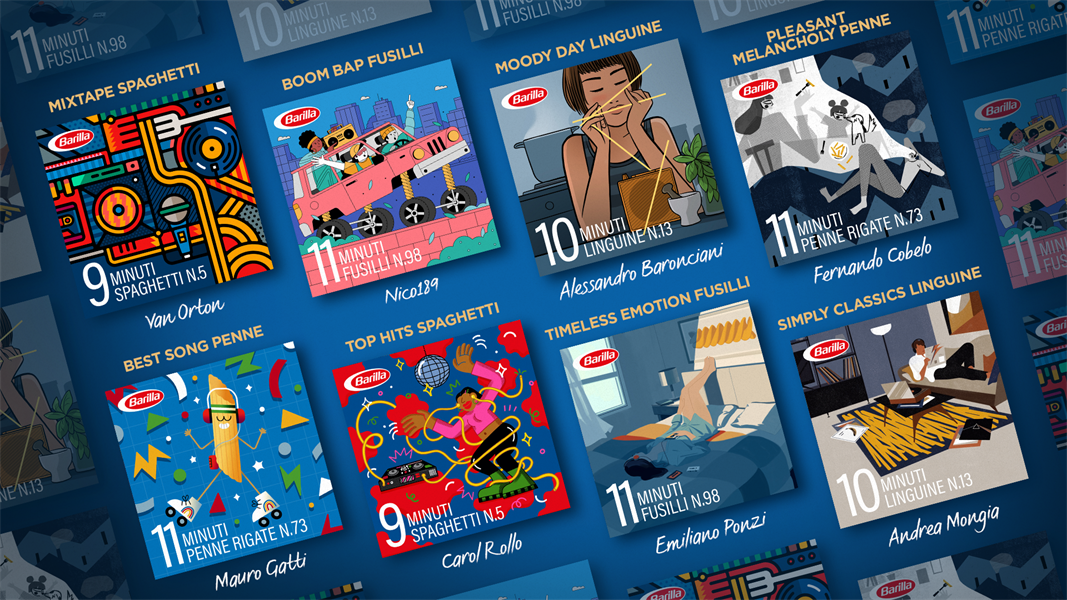 Italian food company Barilla has collaborated with Spotify to create music playlists which double up as kitchen timers.

The work was written by Jacopo Trotta and art directed by Mattia Leporale.

BBC News "The future's not cancelled" by BBC Creative

UK government "Look into my eyes" by MullenLowe

Girl Up "Today we rise" by Ogilvy

Domino’s promotes delivery service with ‘We got this’ brand platform