Barnardos and Bartle Bogle Hegarty ended their 16 year relationship this week, after the children's charity decided to review its creative account ahead of its 150th anniversary in 2016. Campaign takes a look at some of the best work to come out of their partnership

Commenting on the split, BBH's chief executive, Ben Fennell, said: "There are some moments when a dignified silence is the most appropriate response.

"We are happy to let the work we have created over the past 16 years for Barnardo's do the talking."

Fennell's position is sound. And although BBH's canon of work for the charity does not make for easy viewing, it is filled with examples of thought-provoking ads designed to stir people into action. 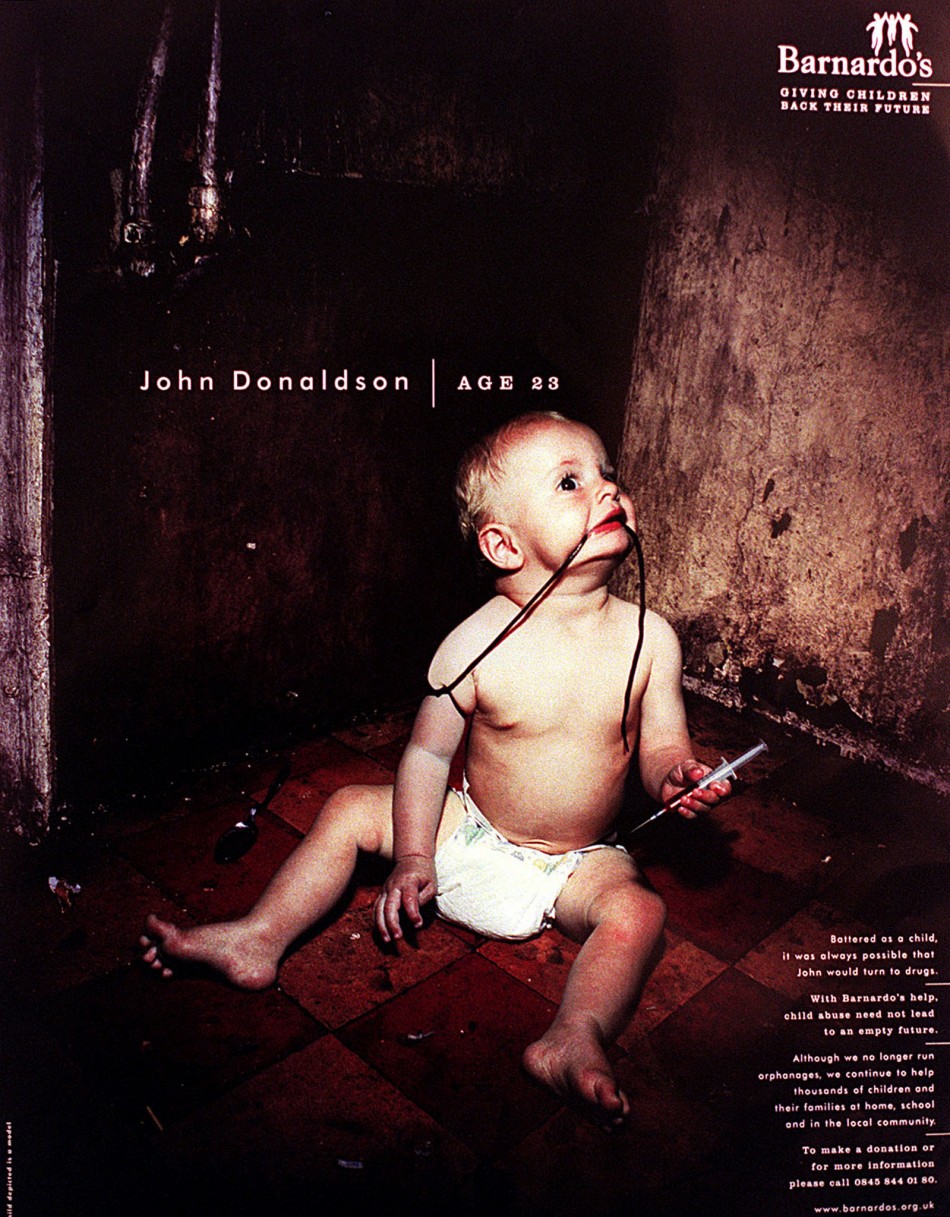 One of Barnardo's and BBH's earliest marketing challenges was to reposition the charity as a body that helps children in the community, rather than just running orphanages.

When the fifth execution in this campaign – a press ad that showed a baby shooting up – first ran, the Committee of Advertsing Practice asked newspapers not to run it.

As a concession, Barnardo's offered publications an alternative poster that featured a picture of a smiling baby.

The Advertising Standards Authority received 28 complaints about the ad but would not rule against it.

The ads were written by Alex Grieve, photographed by Nick Georghiou and art directed by Adrian Rossi. 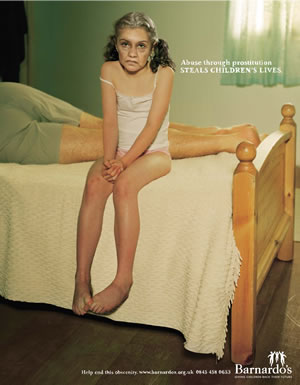 Barnardo's 2002 campaign also escaped censure from the ASA after 20 people complained about it. But consternation turned to adulation as the campaign won the Grand Prix at the 2022 IPA Effectiveness Awards with a return on investment of £2.16 for every £1 spent.

The campaign also won a silver award at D&AD.

It was written by Alex Grieve and John Robb, and art directed by Adrian Rossi and Ester Katrine Hjellum.

Barnardo's "break the cycle" campaign, which showed a young woman being repeatedly slapped, was the most complained about ad of 2008, according to the ASA.

It received more complaints (840) than a Volkswagen ad for which it was mistakenly believed a dog had been been abused to make.

Like with previous campaigns for the charity, complaints soon turned to awards and "break the cycle" recieved a Yellow Pencil at D&AD.

The ad was created by Dominic Goldman, Nick Allsop and Simon Veksner, and directed by Jeff Labbe.

Diana Tickell, who worked in the Barnardo's marketing department for 13 years before leaving to become chief executive of NABS in 2015, said in 2010 that "turn around" was the most difficult brief she had ever given BBH.

She said she was "asking them to change the creative approach".

The ad won a Bonze Lion at Cannes in the Film category and a Silver Lion in the Cyber category. The spot was directed by Chris Palmer.

Barnardo's changed tack with its 2011 "life story" ad. Instead of just showing harrowing situations children face every day in the UK, it sought to demonstrate how the charity works with people throughout their entire lives to help them overcome advertsity. It was still a little harrowing, though.

It ad won a Yellow Pencil at D&AD. It was created by Mel Lynch and Rory Hall, and directed by Ringan Ledwidge through Rattling Stick.