It may or may not be the world's favourite airline, but British Airways is surely the one with the most famous ad history. No surprise, then, that the brand's creative review will be one of the biggest of the year. By John Tylee.

The British Airways creative account has provoked the kind of elation, misery, rancour and recrimination – not to mention widespread fascination – that’s unprecedented in the history of UK advertising.

Its departure, at one high-flying agency, resulted in such a huge loss of collective confidence that it never pulled out of the subsequent nosedive.

Its arrival at another helped transform a thrusting young agency into a household name with iconic creative work that remains etched in many memories three decades after it first appeared.

And what other piece of advertising business can claim to have made the national TV news when it moved between agencies? Or to have captured so much interest that, on the last two occasions it went up for review, William Hill and Paddy Power opened books on the outcome.

Now the circus comes to town yet again with the announcement from BA that it is to review its global creative requirements, including the links with its lead agency, Bartle Bogle Hegarty, and its direct shop, OgilvyOne, as well as others handling its experiential and events marketing.

Small wonder that one insider predicts: "This will be a viciously fought pitch right across the industry."

The reasons why the BA business induces such high-octane emotion go beyond just the prestige associated with having the national-flag-carrier as a client or the opportunities it presents to push the creative boundaries.

No other account can claim to have had such a colourful history or to have been the subject of such high-level political intrigue. And no other embodies the national consciousness in quite the same way.

Probably no other UK advertiser could have got away with a pre-Olympics display of national pride encapsulated by a huge image of Jessica Ennis-Hill visible to plane passengers descending into Heathrow and the message: "Welcome to our turf."

Against that background, it’s easy to see why BA has not only shown itself capable of making and breaking agencies but also to have played a key part in shaping their destiny. For a long time, M&C Saatchi’s international network had a lopsided look because its structure was dictated by the early arrival of BA and Qantas, which needed agency representation in New York, Singapore, Sydney and Hong Kong.

BA is declining to go into detail about the current wide-scale review initiated by Oystercatchers and what it expects to gain from it by the time the process is completed at the end of the year.

Industry sources, though, say it has been sparked by the brutal economics of the airline industry.

International Airlines Group, BA’s parent company, reported a £566 million loss before tax for the first three months of the year due to the high costs of restructuring its troubled Iberia subsidiary. This is forcing BA’s procurement specialists to further pare down costs.

Abigail Comber (pictured, right), BA’s marketing chief, is said to be making the best of a situation she would have preferred to avoid. "She has no choice in the matter," a source close to the airline declares. "But if she has to do it, she wants to ensure she has the right agency line-up."

Another source says: "In common with lots of other clients, Comber is looking for a new model. The pace of change is such that the old linear way of doing things doesn’t work any more."

FCB
BA’s impact on adland began in 1973, when the then state-owned airline was formed through the merger of BOAC and British European Airways. The consolidated account was awarded to FCB, which had handled BOAC for 25 years and had a creative output at odds with a US-owned and marketing-driven agency.

The new relationship that manifested itself in the "looking up" campaign and the promise that "we’ll take more care of you" was among the most innovative airline advertising had ever seen. No more images of starchy stewardesses with phony smiles.

Just how FCB came to lose the business to Saatchi & Saatchi in 1982 remains a topic of much debate. The received wisdom is that FCB was the victim of a political stitch-up in which the account was "gifted" to the Saatchi brothers by Margaret Thatcher for their help in bringing the Tories to power in 1979.

However, insiders believe FCB had only itself to blame. The fact was that BA was in a tailspin. It was losing £300 million a year and its image and reputation were in the doldrums. Staff morale had tumbled as 26,000 jobs were culled. Sir John King, BA’s new chairman chosen by Thatcher to guide the near-bankrupt airline out of state ownership and into private hands, had an agenda for change that the agency seriously underestimated and treated with ill-disguised contempt.

The effect was catastrophic. "Our collective self-confidence went," a former employee recalls. "People began worrying that if the management could lose a piece of business the size of BA, what was the likelihood of their own accounts staying."

Their fears were justified. BA’s exit was followed by that of Dulux, which left after 25 years, and Heinz, which fired the agency in frustration. FCB was never the same again.

SAATCHI & SAATCHI
Meanwhile, a beleaguered BA had landed in Charlotte Street to present its new agency with a formidable challenge. Create a campaign that would restore City confidence, fire up staff and put bums on seats.

"BA’s situation was so bad that we couldn’t show planes or staff," Bill Muirhead, the Saatchis account man on BA, recalled.

Astonishingly, the writer Rita Dempsey and her art director, Phil Mason, took this unpromising brief and went on to create a commercial later named by Campaign as one of the best of the 20th century.

The agency had seized on the premise that the number of people carried across the Atlantic each year by BA was greater than the population of Manhattan. The upshot was a Spielberg-inspired ad with a wow factor never seen before and showing Manhattan hovering over the London suburbs as their inhabitants gazed up in astonishment. BA was reborn as "the world’s favourite airline".

Other memorable commercials followed. Among the early award-winning work of Tim Mellors (pictured below), now Grey’s worldwide creative chief, was a film that brought BA’s "more comfort" offering to life with seats that floated to The Flower Duet from the opera Lakmé. In 1989, the epic theme continued with a Hugh Hudson-directed film in which a 1,000-strong cast were choreographed to make up a Picasso-inspired face. 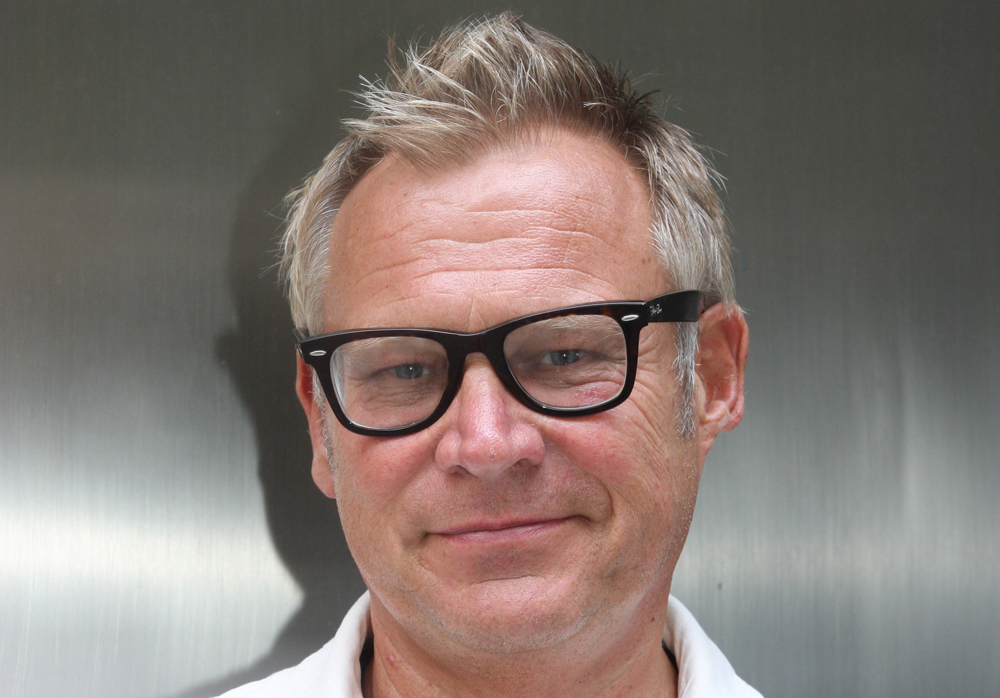 M&C SAATCHI
Such was the rapport between the agency hierarchy and client that it was no surprise when BA was one of the first to follow the brothers out of Charlotte Street and into the fledgling M&C Saatchi in 1995. Its capture was significant for Maurice Saatchi, who later claimed that while BA accounted for a relatively small amount of turnover, it represented more than half of the company’s reputation.

Under pressure from Virgin Atlantic to stop calling itself "the world’s favourite airline", BA launched one of its most well-remembered campaigns through the agency, drafting in the US satirist PJ O’Rourke to administer a gentle ticking off to British viewers for not being prouder of their undervalued UK treasure.

BARTLE BOGLE HEGARTY
In the end, the agency fell prey to regime change at BA. In 2005, Willie Walsh, the newly arrived chief executive, instigated a review in a cost-cutting drive at the airline. BBH, hotly tipped to be the BA account’s new home, was confirmed as the lead creative agency.

BBH’s tenure of the business has seen BA starting to straighten up and fly right after a decade spent struggling against rocketing fuel prices and depressed consumer confidence resulting from the eurozone crisis.

A returning self-belief was evident in the tongue-in-cheek "don’t fly" campaign linked to BA’s sponsorship of London 2012, as well as the "To fly. To serve" initiative cited by the airline as a "stake in the ground" for future growth.

"Our sense is that we’ve got our mojo back," Comber told Campaign earlier this year. Hopefully, a procurement-led pitch won’t leave everything up in the air.