It follows the hit BBC show I May Destroy You.

The BBC has partnered gal-dem and The Face magazines to create a digital title to increase awareness around sexual consent.

"The Ins and Outs of Consent" builds on the TV comedy drama series I May Destroy You, created by Michaela Coel, which tells the story of a young woman who was sexually assaulted in a nightclub, and includes a digital exhibition, as well as a series of video clips, gifs and still images from the programme.

There will also be a series of articles around how to ask for and give consent and how to make the distinction between sexual liberation and exploitation.

The digital magazine will also point to resources including approved charities, qualified therapists and advice on how to be a friend to a survivor. 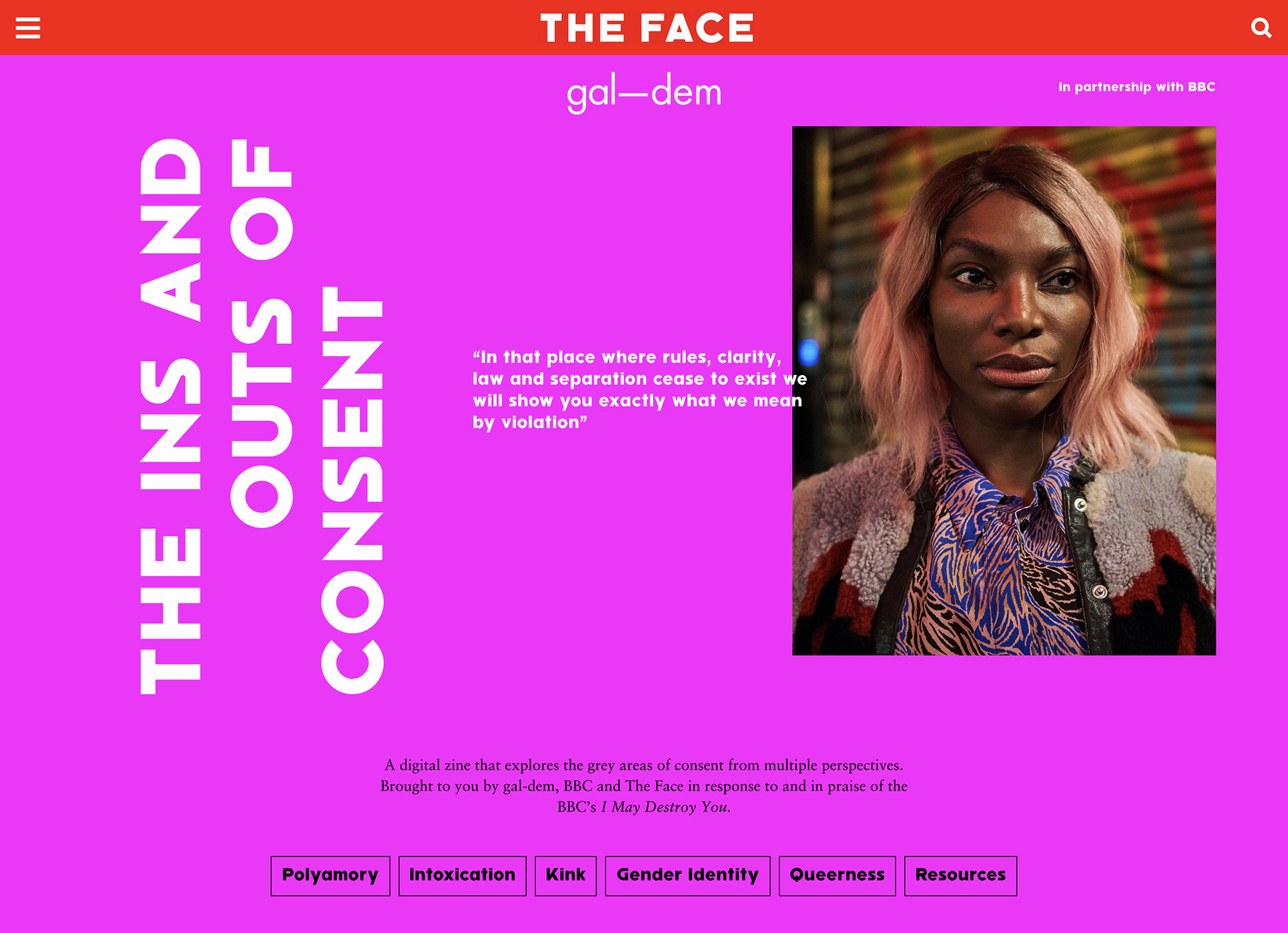 The work was created by Lisa Turner-Wray and Yemi Oyefuwa at BBC Creative. The deal between the BBC, gal-dem and The Face was brokered by Havas Media Group's Jump.

Chris Hooper, head of marketing at BBC One, said: "We have been so thrilled to see I May Destroy You become one of the most talked-about TV shows of the year.

"One of the ways BBC One helps bring UK audiences together is through important discussions such as these, and we have felt a responsibility to help people reflect on, unpack and discuss the challenging issues that the series explores.

"We hope this digital experience becomes an invaluable companion to the show."

'The ad industry's dirty secret': why it's time to recast casting