Master of the out-of-home stunt, the BBC has taken over Green Park Station, rebranding it as "Green Planet" to promote Sir David Attenborough's latest five-part series.

Hitting screens last night (9 January), The Green Planet uses ground-breaking camera technology to explore the interconnected world of plants, with Attenborough taking audiences on a journey into their hidden life.

With this in mind, the immersive "Welcome to their world"  experience has been developed to showcase a spectrum of the series' most otherworldly plant life.

The takeover has hijacked every poster space at Green Park Station,  featuring imagery of plants from the series, from carnivorous underwater lifeforms to humanoid desert cacti. 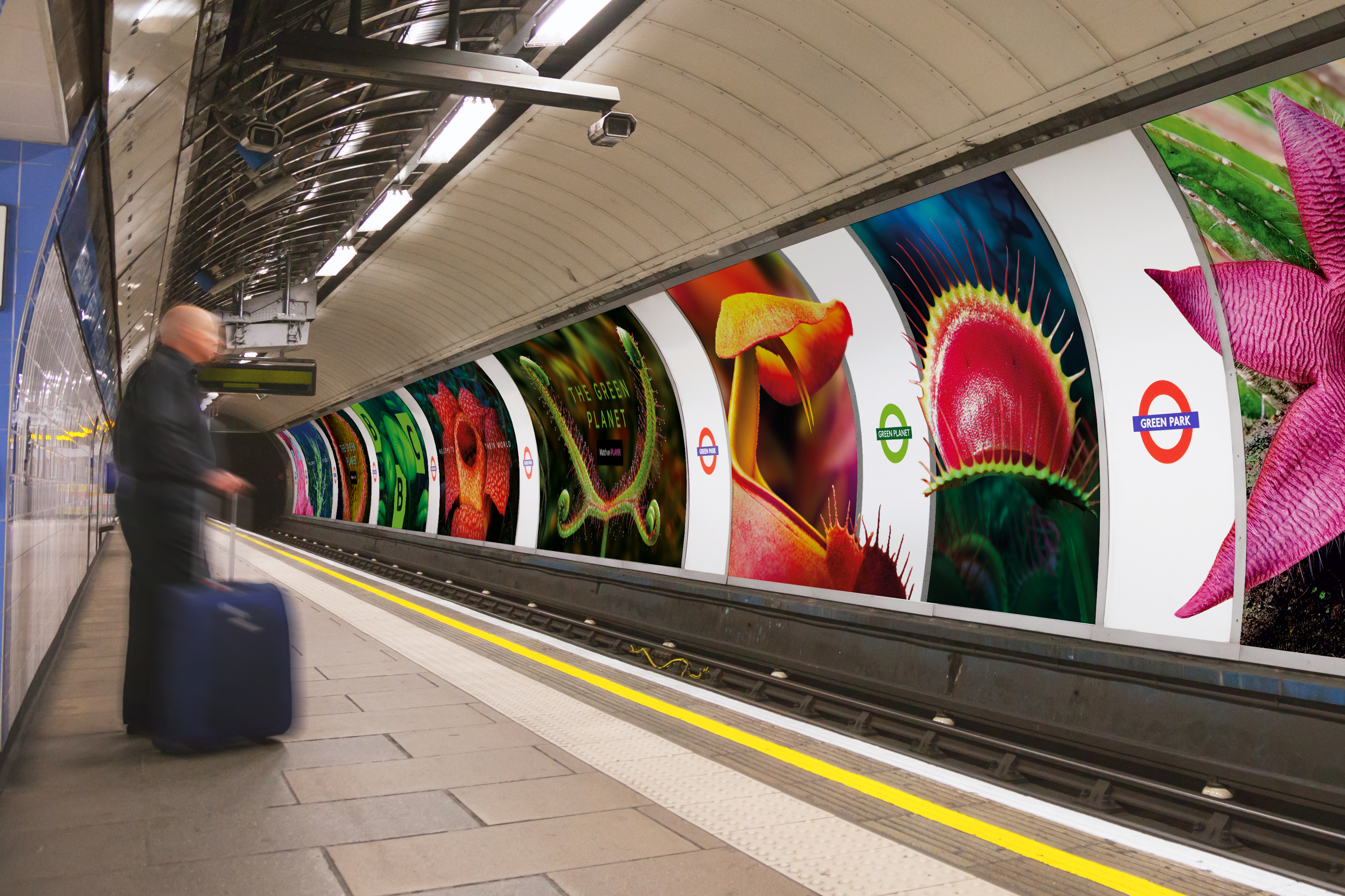 The posters appear alongside two digital screens, which air the series trailer.

In addition, as part of the Green Park takeover, platform signage will be changed to "Green Planet" temporarily.

“Our goal for 'Welcome to their world' was to showcase the series’ most otherworldly plant life in the most immersive way possible, so taking over a piece of London’s iconic Underground presented an unmissable opportunity to bring our audience into their world,” Stuart Gittings, creative lead at BBC Creative, said.

In recent years, BBC Creative has been synonymous with performative OOH stunts. At the beginning of 2021, it demonstrated how humans are a destructive force on the planet, by setting fire to its own billboard.

Meanwhile, through a clever play of shadows and bloody stakes, its award-winning Dracula billboard featured the figure of the eponymous Count emerging as a haunting image at nighttime.