Advertising is suffering from a creativity problem. And hiring people who don't look, sound or think like you is the cure, Chris Bovill and John Allison write.

A bored model demands a new cocktail: "Wake me up, then f*** me up." This was Dick Bradsell’s cue to broaden his ingredients far wider than any other barman in the world at that time. The espresso martini was born. Thanks for the sleepless nights, Dick.

Moral: he diversified his ingredients and got revolutionary results. Advertising, one could argue, has lost its edge. Once the bad boys of creative commerce. Now the producer of nicely crafted, nicely thought out and nicely regarded work. A middle-aged rock star peddling corporate niceness. Doesn’t want to rock the yacht. Still touring but made its best work years ago.

We sell ourselves on our originality. New is our pitch. So why is the work so rarely truly original? Advertising needs to be more like Dick. If we want new, innovative work, we need new ingredients.

Creativity is smashing different ideas together to forge new ideas. So we need to do the same with people. Wildly different people with fresh perspectives and opposing world views. SMASH! Advertising needs new eyes. Or, better still, no eyes at all.

And for those of you thinking: "Not this diversity stuff again." You’re looking at it wrong. It’s not a problem. It doesn’t need remedying. Diversity is not advertising’s athlete’s foot.

If advertising-at-large doesn’t realise this, it will be as relevant as the nine remaining Blockbuster video stores in Alaska.

And for those of you thinking: "Typical. Two privileged white blokes publicly easing their liberal guilt." Well, we’re a tad more diverse than you think…

Channel 4: as part of a commitment to championing diversity, it gives a platform to people often ignored by the media

People always ask us what’s the secret to our success as a creative team. Turns out, we’re diverse.

It’s not all bad, though. As brain disorders go, ADHD can be lots of fun. It’s the all-or-nothing disease. I’m psychologically built to be spontaneous. My kids love it. Wife, less so at times: "Look what I bought!" My brain is an idea machine. With a broken off-switch. Impulsivity is a blessing and a curse. In fact, we wrote Skoda "Cake" because I was suddenly, painfully, bored of working in the office. "Let’s go eat some cake, Chris. Canwe? Canwe?" Our friend Miles Bingham, a creative at J Walter Thompson, put it best. All day long, I vomit brightly coloured bricks. Then Chris builds them into a spaceship.

For years, Chris has accommodated all my mind’s limitations. Worked around the meltdowns, the freak-outs and the cock-ups. For years, we joked that Chris was my full-time carer. No truer word…

So with Chris being balanced and calm and me being, well, the diametric opposite, we humbly like to think of ourselves as a micro-model of how integrating diversity into your working gets better results. 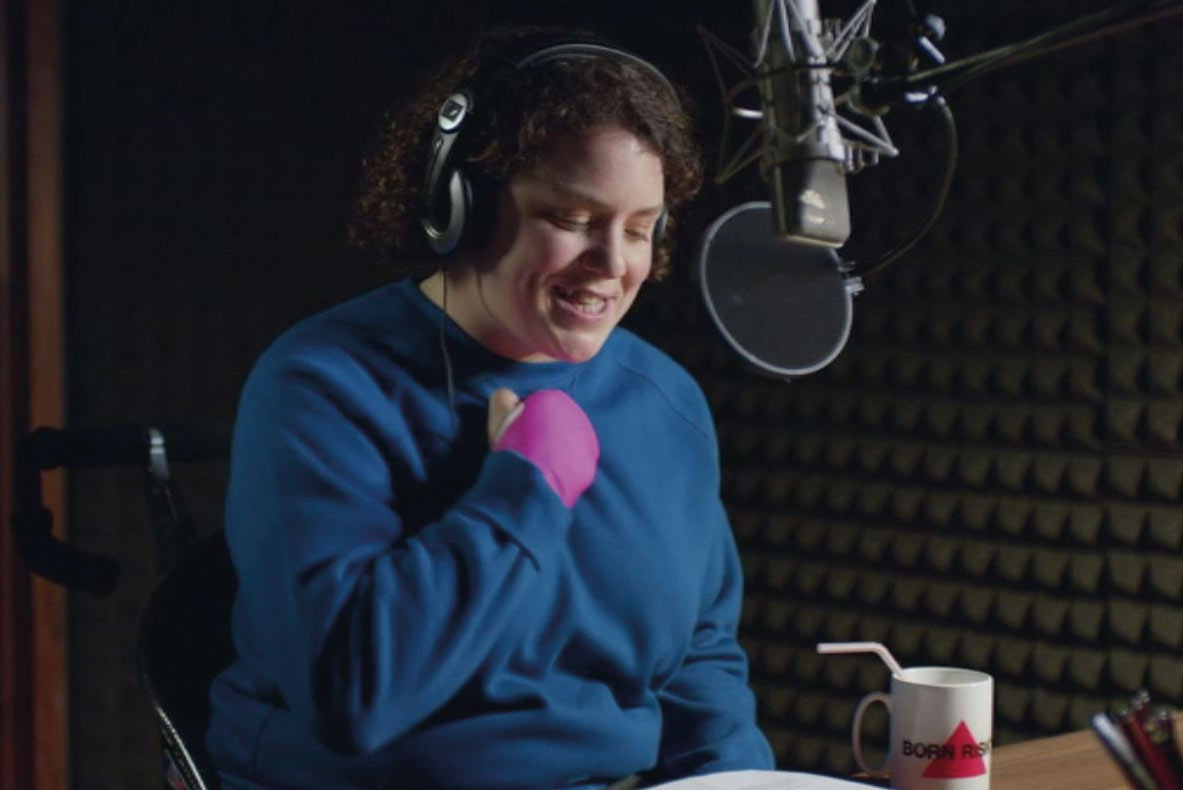 We hear these kinds of statements far too often: "I think diversity is important, but we have to win some new business first." Or: "Diversity is great, but aren’t we heading into tokenism?" Or even: "Diversity it’s a just a buzz-word – it’ll pass."

Which is all a tad "Trumbrexit", if you ask us. However, we’re not out to opinion-shame the ad industry. We’re not suggesting that diversity-sceptics are racists and homophobes. To paraphrase Baroness Oona King, Channel 4’s former diversity tsar: "People don’t get out of bed and think: ‘How can I stop minorities working in the media?’" No, they just get out of bed and think there are bigger problems than diversity. So, we’re here to say stop seeing diversity as a problem. It’s actually your new BFF.

If you need further proof that diversity isn’t a problem, then look no further than 124 Horseferry Road. It’s no coincidence that it’s home to 2016’s Edinburgh TV Festival Channel of the Year, Broadcast Awards’ Channel of the Year, as well as Britain’s best Diverse Company at the National Diversity Awards.

Channel 4 was set up to be a platform for minorities and new voices. It is a broadcaster that has a major commitment to diversity, both on- and off-screen, and is a place that turns people’s differences (including John’s hyper ADHD brain) into a strength.

4Creative follows suit. It’s a lovely mix of "beautiful weirdos". We’re proud to have a diverse management team too: a third female, a third with a disability and a sixth gay. 4Creative’s last hires have been disabled and ethnically diverse too. And guess what? We’ve just had the most creative year in our four-year term. Campaign’s 2015 Advertiser of the Year, The Marketing Society Brand of the Year 2016, Bafta Awards, black Pencils and that "We’re the superhumans" campaign, which was awarded Campaign of the Year by this very publication.

Still, we know we can do better. We could have more in-house female directors and there are still a ton of those damn white people here. Seriously, they get everywhere. 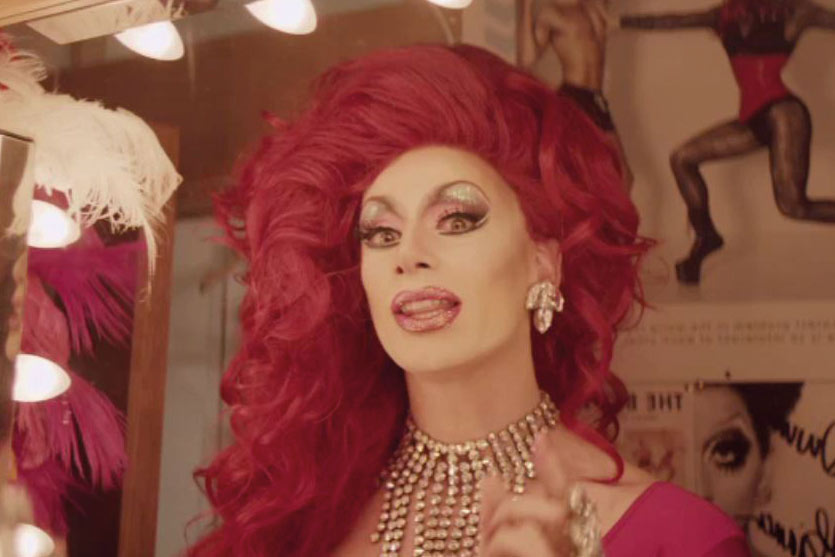 Some of you are thinking: "This all sounds totes ‘right on’, guys, but it’s hard to hire different."

We agree. It is. In fact, it’s not just hard – it feels weird too. But that’s change for you. Like the first time you Skyped naked or drank an espresso martini.

So when you get CVs back, get casting back, get scripts back, get research back… push back.

Say you want more different. Watch your unconscious bias, hire people who look, sound, act the opposite to you. So if you have two candidates that are doing it for you, and the only point of difference is skin colour, ability, sexuality, we’re going to go out on a limb here and say hire the amputee. It’s not about positive discrimination, it’s about UHP. Cram in as many different humans in your workplace and you’ll reap the rewards.

Apologies for my oversharing, but it’s essential that we, especially we in senior positions, talk openly about our personal experiences with diversity (in my case, mental disability).

I’m the first to recognise that my diverse skillz are perfectly suited to idea generation (as opposed to furniture construction or password-remembering). Plus, my diverse skillz are handily concealed by my easy-to-hire-average-white-male-skin-suit. So I’ve had it far, far easier than most people on the diversity spectrum. I’ve never had to experience homophobia or racism or prejudice about my gender or my sexual identity. I’ve never been prejudged purely on the way I look or talk. I’ve never been passed over because I "just didn’t have" what they were looking for. I’ve been lucky. However, I could never have succeeded if it wasn’t for the support of Chris, my boss Dan Brooke and Channel 4. They didn’t just recognise my UHP or even accommodate it. They welcomed it, encouraged it and demanded it. Chris now says things like: "I want you in full ADHD mode for this meeting." In short, they get the very best out of me. Which is great for me and even better for Channel 4. I fancy an ice-cream – who fancies an ice-cream?

In short, we learned to embrace diversity and it made us more creative.

Channel 4's 'We're the superhumans' campaign for the Paralympics

To conclude this rambling rant

We want to urge you to see diversity in a fresh light. Yes, we now live in a world where the most powerful man on the planet believes it’s OK to mock whoever he likes and grab them wherever he likes and hire his bezzie mates left, alt-right and centre. Yes, it’s important that we as an industry remain the progressive example for the rest of society and embrace diversity.

Right… espresso martinis all round.*

*Sorry, Dick – can’t go near coffee, my brain is naturally caffeinated. Oh, yeah, almost forgot… Hear the one about the black guy, the disabled woman and the Jewish transperson?

They created a dynamic, innovative and highly profitable business model…

Chris Bovill and John Allison are the joint heads of 4Creative

Why are portrayals of disability so rare in advertising?

'Ask for more': the story behind the Creative Hackathon designed to drive industry diversity

Bang goes the brief: why it's time to ditch the dead trees

What marketers can learn from participation brands

Here's to you, Mrs Robinson: 'mother of modern advertising' paves way for diversity

The invisibles: why are portrayals of disability so rare in advertising?

Disability in the workplace: meet four people who have risen to the challenge