The brand is utilising experiential to execute its core campaigns in new ways, as Event found out.

Danish beer brand Carlsberg was established by JC Jacobsen in 1847, and combines the name of his son Carl with the Danish word for hill - berg.

Dharmesh Rana, senior brand manager at Carlsberg, says the company remains very much aligned to the values upon which it was founded all those years ago. "The brand has a rich history, contributing both to the beer industry and outside of it, which is something that continues to this day," he says.

Rana explains that the basis of Carlsberg's marketing campaigns similarly remain the same. However, the brand does tend to alter its mode of communication in order to engage with consumers as effectively as possible.

"The approach to marketing has always been to create entertainment, most notably through its Probably and If Carlsberg Did advertising campaigns, and as consumers change so has our approach to how we connect with them," he says.

"Events and experiential are key to making this connection. They allow consumers to get closer to the brand and understand what we stand for, and this year we will do that through various creative angles."

Carlsberg opted to embrace events and experiential with open arms last year, and the brand hasn't looked back. "Events remain a central tactic for our marketing strategy; the focus on having more of them started at the beginning of 2015 when we created the newsroom, which involves Carlsberg's agencies working alongside its own marketers to concoct ideas designed to generate mass reach," Rana recalls.

"The approach of using events to generate content that appeals to our core drinkers as well as new drinkers to the brand will continue in 2016, through both football and non-football executions."

Last April saw the brand install a beer-dispensing poster on the side of The Old Truman Brewery in London's Shoreditch, which offered passers-by the chance to stop off and pour themselves a free half pint of the beverage.

The poster, which included the tagline 'Probably the best poster in the world', harked back to the company's Probably campaign.

Rana explains that the stunt was a key execution for Carlsberg, and reached more than 60 million people worldwide. "The poster was a standout event for us - it was a simple idea, brilliantly executed. The earned reach and PR surpassed every expectation and its success was acknowledged through the numerous awards it has won." 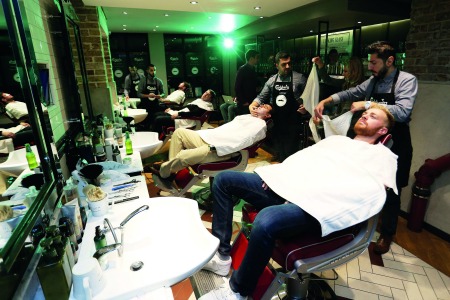 Philanthropy is one of Carlsberg's founding principles, and this prompted the company to partner with clothing brand Ted Baker and men's health charity the Movember Foundation, to mark the start of Movember at the end of October last year. "We wanted to do something in an unexpected way, which people wouldn't necessarily expect from a beer brand," Rana says.

Members of the public were invited to visit one of nine Ted Baker Grooming Rooms across London to enjoy a shave and complimentary beer for 99p, and all proceeds were donated to the charity.

Carlsberg rounded off the year by planting a 27-foot-tall Christmas fir tree on London's South Bank, which similarly featured a beer-dispensing device. "'If Carlsberg did Christmas trees' was a nice way to end the year," recalls Rana. "We had really good engagement levels and a number of our core brand metrics were positively influenced."

Carlsberg's marketing efforts will be split into two distinct categories this year. "The strategy will be more of the same but with two lenses - a football and non-football one," says Rana.

"Carlsberg as a brand has a heritage in the sport, but this year will see a very different approach that will embrace the newsroom learnings and deliver a very different campaign over the summer."

Carlsberg executed a motorised trolley stunt within an Asda store in London's Clapham Junction in January, and Rana explains that the brand will continue to play in this space. 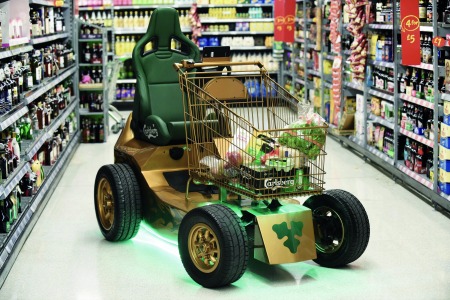 "We have a very busy plan, which is centered on bringing the brand closer to the point of purchase.

"You've already seen the supermarket trollies and there is a big piece arranged for Easter, which I think will be our standout event this year. Keep an eye on the Carlsberg social channels for more information," he says.

- Has worked at Carlsberg for seven years

- His favourite beer is Carlsberg Export

- Works within a brand marketing team of four

Behind the brand: Uber's experiential activity

Event TV: Carlsberg 'superchuggers' ask for 90 minutes for the nation

In pictures: Carlsberg unveils bar made entirely of chocolate