Around 400 gamers were immersed in the world of Final Fantasy XV at the video game's UK launch event in Hoxton last night, which served as a backdrop for a live broadcast through gaming website IGN.

Ahead of the launch of Final Fantasy XV next week (29 November), agency The Field worked with gaming and entertainment website IGN and the game's developer, Square Enix, to create scenes from Final Fastasy XV inside a collection of warehouses in Hoxton Docks, London.

The event served as a backdrop for an IGN Premiere – a one-hour live programme, broadcast globally through IGN.com, which featured never before seen footage of the game, as well as live interviews and Q&A’s from the development team, including lead game developer, Tabata-san from Japan. 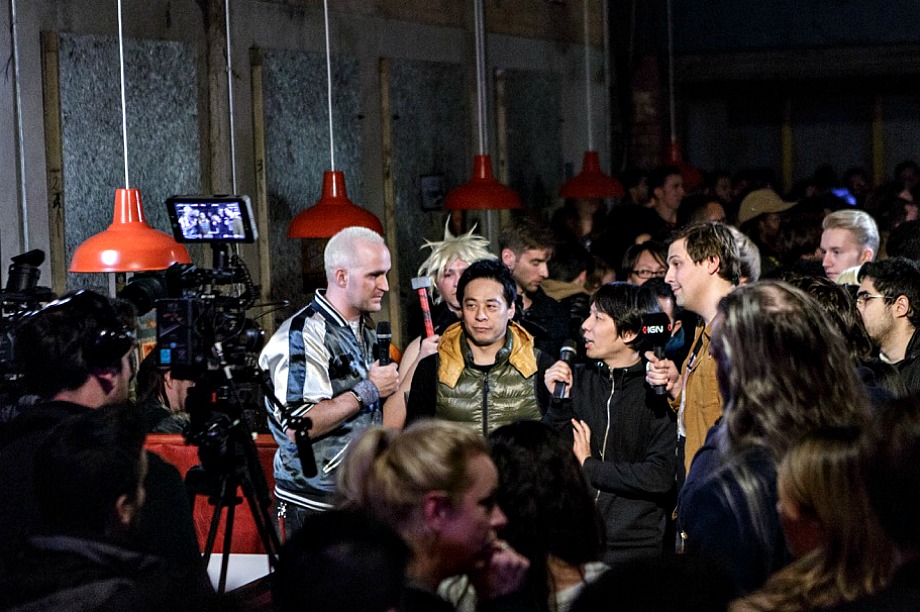 The programme was also broadcast live at 35 Odeon Cinema’s across the UK and Europe. The cinema experience also included a viewing of CGI feature-length film, ‘Kingsglaive: Final Fantasy XV’.

"Experiential and live streaming is really where it’s at now"

The combination of experiential and live streaming is essential for video game marketers, according to Anthony Newall, marketing director at Square Enix. He explained: "We’ve seen a real shift in the way people market video games. Experiential and live streaming is really where it’s at now. Previously we have used the press, but we’ve seen a huge return on investment by going direct to consumers. It’s that juxtaposition of having an experiential event but using that as a backdrop to be able to talk to hundreds of thousands of people and to make it global."

For IGN’s editor-in-chief Alex Simmons, the IGN Premiere is about audience engagement and content creation. He said: "Video games are the ultimate form of escapism and these events are about bringing those worlds to life for our audience. It is also a way of creating lots of cool content for IGN and our biggest social media platforms. For example, from 22-29 November, Jamie Oliver’s Fifteen restaurant in London will be serving dishes inspired by Final Fantasy XV. So we visited the restaurant and created some videos, which is great shareable content, particularly for Facebook."

"The fan-base is so fastidious about detail"

Inside the event, guests were able to wander through scenes pulled directly from the game, which included the Crow’s Nest Diner, a Duscae campsite, a Niflheim Base battle arena, Hammerhead Mini Mart, Lestallum Market, and Wiz’s Chocobo Post (stables for large avian creatures - see below).

The diner (see a rehearsal shot below) served drinks and food inspired by the game and immersive actors, based on key characters in the game, interacted with guests. 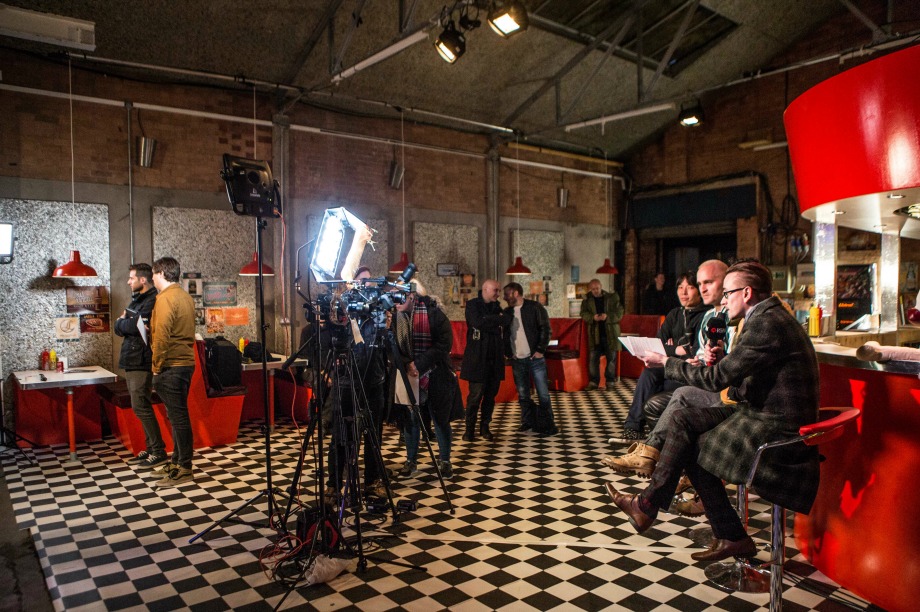 In the market, an elemancy stall offered guests a chance to mix their own concoctions to create a personalised vial necklace to take away. To fit in with the campsite setting, Playstation and Xbox consoles were built into rock and corrugated iron, which gave gamers the opportunity to play the game ahead of its launch.

The Field directed on creative, strategy, planning and production, while actors and promotional ambassadors were provided by TED Staffing.

Chris Dawson, founder of agency The Field, said: "One of the challenges of staging an event like this is that the fan-base is so fastidious about detail – we had to get down to minute levels of detail. Accuracy is important for making the event credible, as well as interesting and interactive.

"The warehouse lended itself well to a cyclical event, which allows people to explore and interact with the experience on their own terms and to take away something that is important and memorable to them. I do not believe in linear "conveyor belt" experiences. If you allow human beings to be human beings and to find what appeals to them, they will connect far deeper with the experience. It is not about ramming home key brand messages."

Simmons expects the live broadcast to attract around 200,000 viewers, and believes the on-demand video available afterwards – combined with additional content generated from the event – will pull in one million views.

Newall has a similar set of KPIs. He said: "At the most basic level, we will measure the success of the event by the number of views online - that’s still a valid metric. We gauge the quality of the event in the way people talk about the event online and how many retweets there are, for example. Ultimately, it is about sales and the gaming industry is still a very pre-order driven industry and so we can look at our data at the end of next week to see if this event has had a marked effect."