Sonoo Singh got an exclusive look at the making of Vodafone's festive ad. And there's not a wet eye in sight.

There are just over 50 sleeps to go until we catch sight of Santa’s sleigh, and Campaign has arrived in a cosy snow-covered pub in Oxford to take an exclusive behind-the-scenes look at Vodafone’s Christmas ad.

No reindeer or nativity scenes, or even Terry the Turkey from last year’s spot, are to be found. Instead, the set is packed with family and friends gathered over mince pies playing charades. There is even a dog and a baby.

The ad is being filmed in a pub in the village of Long Hanborough, which is all decked up early for Christmas and covered in fake snow courtesy of Snow Business, which also supplies the sets of Game of Thrones. The dog, Dodger, is joining in the fun and games. 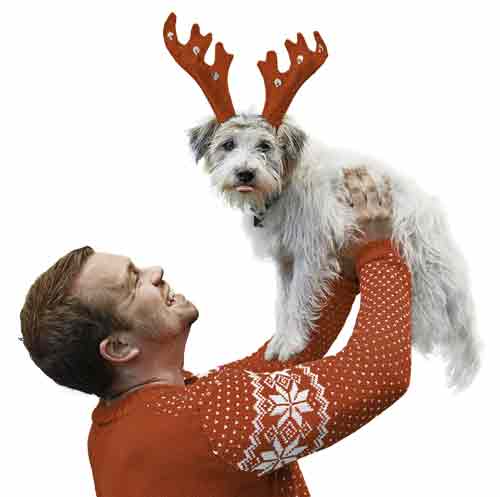 On set are some familiar faces – the boys who featured in Vodafone’s most recent ad, which promotes the end of home broadband line-rental charges. This time around, one of the trio is stranded halfway across the country on a broken-down coach while the others make merry in the pub. The friends then use video calling across Vodafone’s network to be together.

Of course, Christmas is traditionally the time for tearjerkers to fill our screens – and, last year, Vodafone’s ad fitted right in. Grey London created a heart-warming spot for the mobile network featuring Terry the Turkey, supposedly the centrepiece of the family’s Christmas meal. As the big day approaches and Terry is being carted off into the garden shed, his days seem numbered. However, the final scene reveals the bird taking pride of place at the dining table, as his family prepare to carve a nut roast instead.

So why the change of direction this year? Caroline Welsh, who joined Vodafone as head of brand in March 2015, argues that not every single campaign needs to include "pixies spreading fairy dust, stuffed toys or children’s pantomimes to connect to the core brand idea".

Welsh says Grey London’s brief was to make people understand how Vodafone has invested in and improved its network offering. "It was a very clear brief and there was no temptation to produce a tearjerker just because it is Christmas," she says.

"We don’t need to do big ads that say we are bigger and faster than everyone else either. We want to do work that says we’ve got coverage where you most need it.

"When it comes to Christmas advertising, brands like John Lewis and Argos always get it right. But not every advertiser needs to make an ad that produces some emotional response but fails to relate to the product or the service offering."

The ad’s copywriter, Alex Tizard, and art director, Jonathan Rands, echo the sentiment. "It is that time of the year when every creative wants to produce a cinematic ad. What we have done is create something that talks about friends and family being together, with all the traditional Christmas moments added in," Rands says. Tizard adds that the ad has left "no Christmas expression unturned" and that it includes "every Christmas-cracker-pulling face possible".

The core elements of the film had to resonate with what the brand is trying to achieve, Welsh says: "We
are a brand that is rebuilding trust, we are a brand trying to be relevant and we need to make sure the story we are telling is simple and clear." 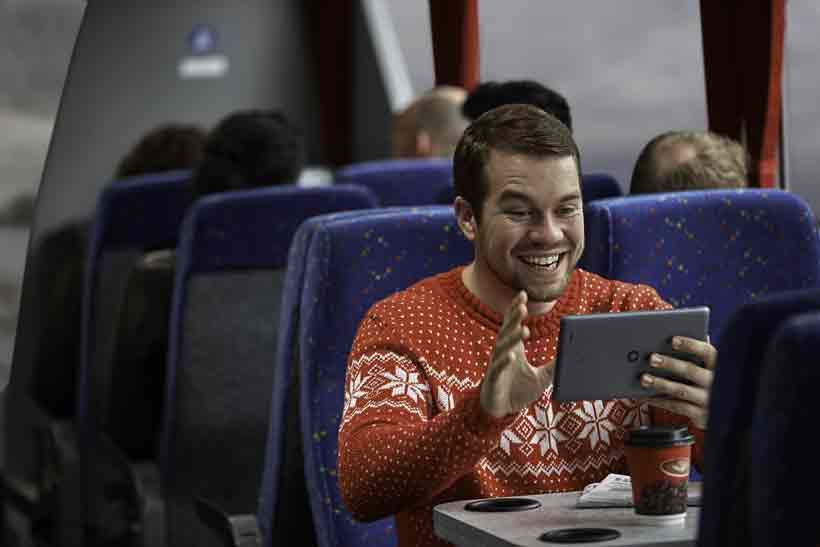 Vodafone introduced the three "adventurous" boys earlier this year to promote its 30-day "Love us or leave us" guarantee. The spot shows them venturing off the beaten path in remote corners of the country with only their phone for help in a test of the mobile network’s coverage in towns, cities and rural areas.

The lads are collectively an instantly recognisable face of the brand, according to the marketing team involved in shooting the Christmas campaign.

Welsh, however, is quick to add that she does not see the "Vodafone boys" becoming a creative franchise like the Comparethemarket.com meerkats or Andrex puppies.

She concludes: "For this year and for now, they are telling the network story, the brand story. But I don’t see us selling Vodafone boys dolls any time soon."

The Vodafone Christmas campaign broke this week. Media planning and buying is handled by MEC.

Vodafone boss: UK must stay in EU to have a say in the digital single market