Ben Priest is leaving Adam & Eve/DDB, the top agency he co-founded a decade ago, this week. But first, he shares his thoughts on creativity's enduring value and the new era of advertising.

Ben Priest’s departure from Adam & Eve/DDB this week marks the end of an era for one of UK advertising’s biggest success stories.

But the surprising truth is that Priest never wanted to start his own business. "I never, ever wanted to do a start-up," he says. "I’d seen too many people have a go at it and fail."

Despite this initial hesitancy, the company he founded with James Murphy, David Golding and Jon Forsyth became the most successful UK agency of the past decade. As creative leader, Priest was the force behind advertising that snowballed into cultural touch points, from the much-hyped magic of John Lewis Christmas to Harvey Nichols’ famous "Shoplifters", which won a part in Danny Boyle’s Trainspotting sequel.

Priest will leave the powerhouse he helped build this Friday (June 8) on a high, in the same year the agency turned 10 and he celebrated his 50th birthday. His exit also comes soon after Adam & Eve/DDB won Campaign’s Agency of the Year for the fourth time on the bounce and fifth time total, and after the founders completed their earn-out from their sale to DDB.

Under Priest’s leadership Adam & Eve/DDB has always urged brands to take risks. Now he is taking his own advice, abandoning the advertising industry and seeking a creative reinvention.

"You see a lot of people, mostly men, hanging around a bit. And I think that’s a shame, because it’s a big world," Priest says. "We’re always telling our clients, don’t do the same thing, c’mon go out and be bold, let’s change things up. Another 10 years doing advertising didn’t feel like the brave or interesting thing to do."

It started with three colleagues who shared a rare connection.

Priest, Murphy and Golding worked together as senior management at Rainey Kelly Campbell Roalfe/Y&R between 2004 and 2007.

"There was some strange chemistry between us that meant if all three of us agreed on something, it normally turned out to be the right way to go," Priest recalls.

Murphy and Golding wanted to launch a start-up, but Priest was torn: "I thought, god, what am I going to do? It’s taken me decades to find two people who I work this well with. Am I going to let them go off and then start the search again?"

In the end, Priest decided to "make this a people decision not a business decision." The trio rocked Y&R with their resignation in 2007, and the following year they unveiled Adam & Eve, bringing on Naked's Jon Forsyth as the start-up’s fourth partner. The agency merged with Omnicom’s DDB London in 2012.

Priest’s instinct to join Murphy and Golding turned out to be right, and Adam & Eve/DDB’s business achievements coupled with industry accolades are too numerous to name here. He says that the agency’s success is proof that creativity still has massive commercial benefits.

"Some clients will always want other things – efficiencies, a spreadsheet, an organisational chart. We’ve proved that creativity – applied in the correct way with a consistent tone of voice – is a runaway train, an economic success for us and our clients," Priest says. "To say that there’s a trend away from this is absolute nonsense."

Of course the creative gold dust that Adam & Eve/DDB might be best known for is John Lewis’ Christmas campaign. Since winning the account in 2009, the agency effectively helped turn Christmas into the UK ad industry's very own Super Bowl moment. The launch of the ad has become a key cultural touchpoint of the festive season, a hotly anticipated moment outside the traditional parameters of adland.

With the campaign’s popularity, which blossomed after 2011’s "The long wait" about a boy counting down to Christmas, has come intense public scrutiny and pressure for the agency to top its efforts year after year.

Priest acknowledges that John Lewis’ special recipe needs to evolve: "It always does. Sometimes you get that move right, and sometimes you don’t… It’s like any creative journey." 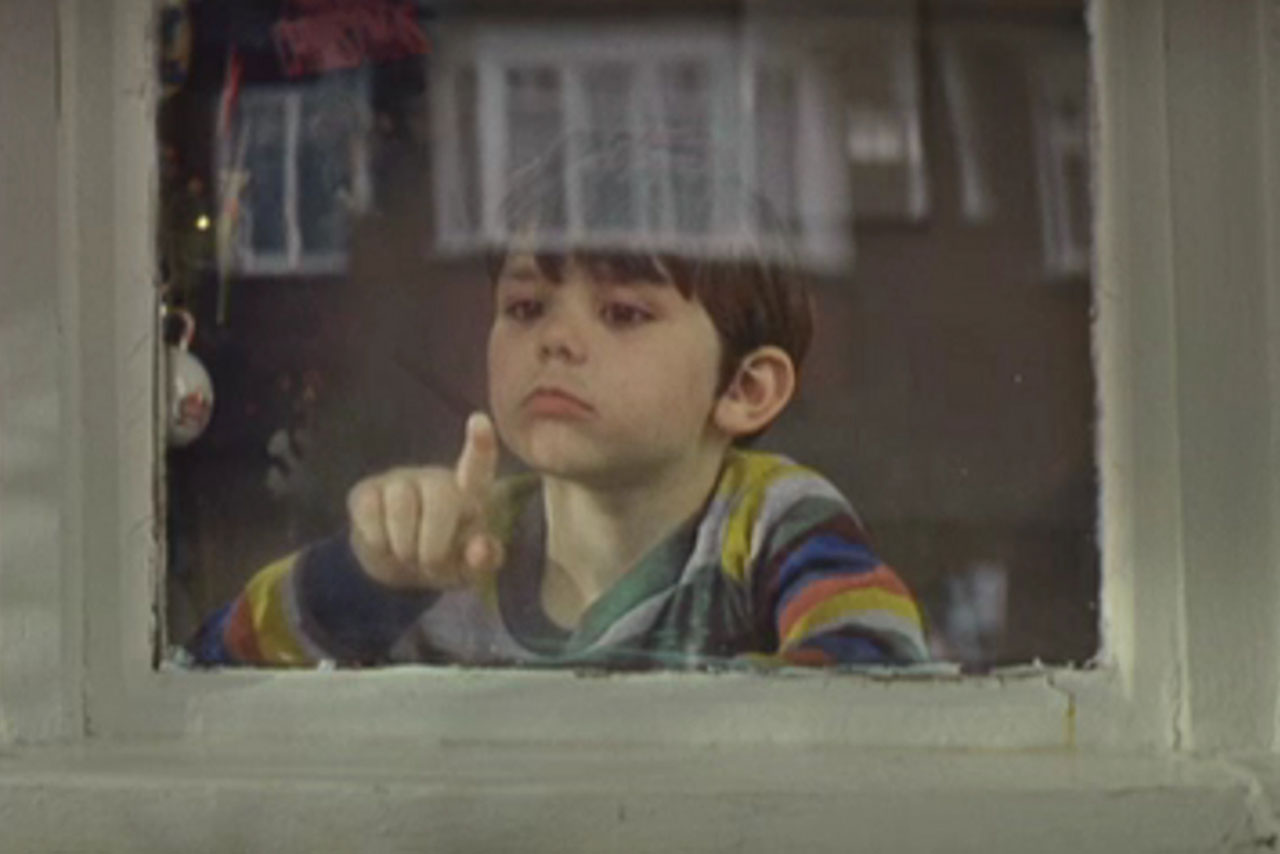 But the fact remains that few other agencies can count such a long-running and commercially successful ad campaign under their belts. Even today marketers are lining up to ask their creative agencies to 'do them a John Lewis': marketing shorthand for beautifully-crafted, emotive advertising.

"It’s really difficult to do something that has creative integrity but also has some consistency. Most people don’t bother, because it’s hard. They go, oh well, consistency ruins creativity," Priest says. "But when you make the Star Wars franchise, there are certain elements you have to have. You can’t throw everything out; you’ve got to work within that."

John Lewis is a rare example of a recent campaign that has pierced public consciousness and become a talking point. Priest worries that the advertising industry is doing less and less of this, and instead growing more obsessed with creating work around good causes with the sole purpose of winning awards.

"I worry that actually the day-to-day stuff that real people see is being neglected. And in the end, everyone will just go, these people are rubbish aren’t they? We’ll end up writing ourselves into obscurity," Priest says.

But advertising can avoid that grim fate if it reclaims the art of entertainment, he believes.

"We need to use our creativity for good, but we also need to be tough on ourselves and prove day in and day out that we can create entertainment out of nothing. That’s what we used to do," he says. "I really worry that everyone is trying to wiggle out of that difficulty, and it’s making the business one-dimensional. Enter-fucking-tain me."

Priest cautions against becoming too tied to any one set of principles in this business though. As advertisers fixate on future trends, "the worst thing in the world is if the new era built an equally restrictive set of rules to the old era," he says.

Before he leaves,  it is tempting to ask him what that new era should look like. The 'next generation' agencies are so often talked about without clear articulation of what it takes to build them. Priest maintains "there isn’t a formula or magic behind" running a creative business.

"Everybody knows there are different ways to climb the mountain. It’s just hard work, good people, gut instinct, experience and most importantly honesty," he says. "This industry would be in much better shape if a lot of people shut up and got on and did something. Don’t tell me how we should change, go and make it. Show me."

At Adam & Eve/DDB at least, Priest and his partners have laid a solid path for the next generation of leaders. In 2016 the agency promoted Tammy Einav, Mat Goff, Richard Brim, Alex Hesz and Anthony Falco as its new management team, while the founders took group-level roles. In the creative department, Brim had worked alongside Priest for two years before taking over.

"In the end it was like, okay, I’ve got to get out of your way," Priest says. "Advertising is a gang game now. It’s not about one person, sitting atop the pile, proving I’m the cleverest, I’m the biggest."

The gang nurtured by Priest, Murphy and Golding has so far proved adept at steering the ship, with Adam & Eve/DDB claiming a growth figure of 12.5% last year. It means Priest can rest assured that the agency is in good hands, and "leave wanting a little bit more," he says. But he has other visions with which to occupy himself now.

Priest’s future will involve more time at home with his family, he says. He will continue to nurture his creative side, with a small company developing TV and film scripts. And he has invested in a couple of start-ups in wind and solar technology, recapturing more of that hungry, enterprising spirit that has guided Adam & Eve/DDB from the beginning.

Priest’s exit will leave a hole in the world of advertising, and no doubt there will be a wave of new creative talent eager to take up his mantle. He says when hiring people he would "always take someone hard-working and obsessed over someone mercurial and talented… someone who just will not quit and will keep walking through walls."

But beyond that, Priest is hesitant to offer his advice.

"We sort of ignored all the advice we got, we made lots and lots and lots of mistakes. It’s very easy to think that people in this industry have a magic key to the kingdom. The truth is, it’s not a science, everyone’s making it up as they go along and kind of winging it," he says. "Work hard, be very honest with yourself and with each other. And go for it."

Ben Priest on Adam & Eve's first film, and what creatives can learn from it now