As part of Campaign's 50th anniversary, we asked the industry to look back on the best ads of the past 50 years. We are revealing one a day for your viewing pleasure... 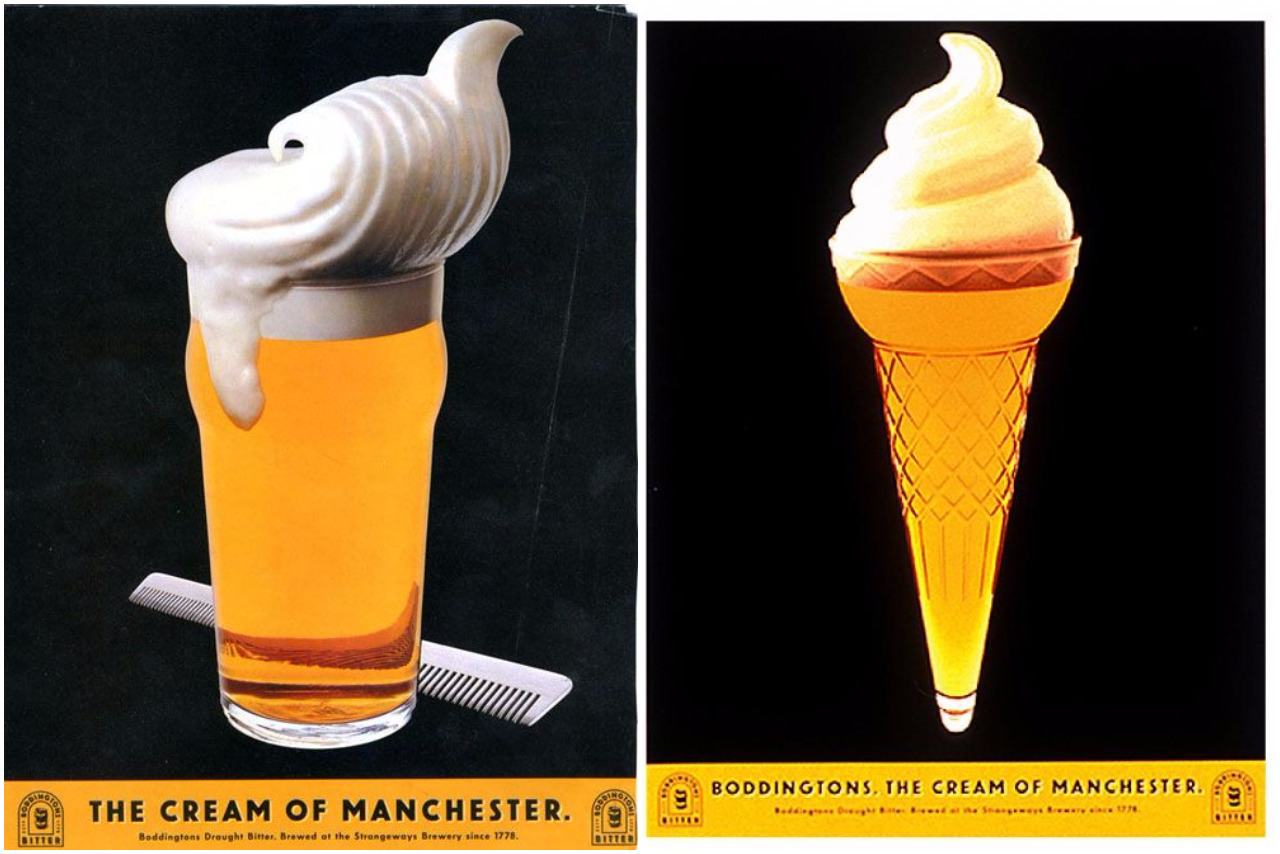 Great ads make you look, make you feel and stay with you for a long time. You never forget the classics.

The beer scene is more complex today than it was in the early 1990s. Presumably back then, Dublin had Guinness, London had Pride and Manchester had Boddingtons.

The brief must have been to shout about the creamy head – something that surely defines the quality of a beer here in Britain and gives Boddingtons a point of difference. The double meaning of "cream" meaning the "best" of Manchester is clear and delicious.

While the tonality has that directness and friendliness of the north, the key move here was to transpose that cream on to other British icons – synonymous with creaminess. A choice as smart as it is playful – and one that cements the product to its location.

Most importantly, I’m craving a big creamy pint of Boddingtons (even though it’s only 10am). Job done.

Best ads in 50 years: Carling Black Label in a time of big budget and big thinking

Best ads in 50 years: John Smith's Bitter and how to be 'of the people'