In a crowded world, we should declutter what we do and create brands that simplify and streamline.

I've been reading Campaign for 30 years now and one of the magazine’s most constant refrains has been that the standard of work is deteriorating.

Sometimes I feel like I should take personal responsibility. Since I began as a trainee back in 1987, the industry has basically been in decline. Is this merely coincidence? Or is it all my fault (and Charlotte Zamboni’s, given that she started with me as a trainee at the same time)?

All things considered, I don’t think I have worked at quite enough agencies for it to be 100% my fault, and Campaign is obviously never wrong. So I’m afraid it all reflects very, very badly on Charlotte.

In Charlotte’s defence, there could be another explanation. Back in 63 BC, Cicero lamented a general decline of standards in his famous(ish) second oration against Verres. "O tempora! O mores!" he exclaimed, which roughly translates as, "Alas the times! Alas the deep-fried Japanese vegetables!"

The cynics hardly ever had a good word to say about the here and now. It is possible, therefore, that Campaign’s tendency to think things were better in the past isn’t all Charlotte’s fault. It could just be that it’s a natural part of the human condition.

If you open a newspaper or wade through an online news service, it is amazing how much of the advertising within appears jumbled, fragmented and cluttered.

For some reason, we tend to look at the past more fondly than we do the present. Perhaps it’s a survival mechanism designed to make us try harder. In which case, it works. Because, contrary to the Fred Trueman-esque "in my day" commentary, I have something controversial to say. It wasn’t better then. Things are definitely better now. We are trying harder and it shows in our output.

When I look at a lot of the work we used to idolise, it’s a bit like looking at an episode of Terry and June, It Ain’t Half Hot Mum or Some Mothers Do ’Ave ’Em. You wonder what the big deal was. And this was the good stuff. This was top of the bill on a wet Wednesday. Even George & Mildred went to a fifth series.

Of course, there will always be some things that transcend their era. Porridge, some (but not all) of Eric and Ernie, Dad’s Army… erm, I’m already beginning to struggle. Most things date. They date quickly and they date badly.

If we’re honest, only a few ads from ten, 20 or 30 years ago still make the grade. The likes of Smash Martians (pictured above), Levi’s "Launderette" and Carling "Dambusters" (below) are few and far between. Most stuff with a "19" in its birthday would leave a millennial cold. 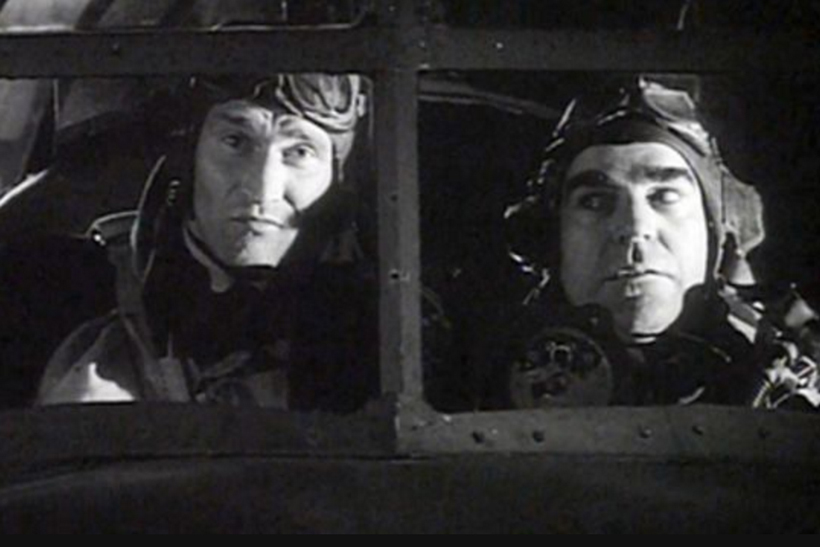 However, one of the things I’ve noticed is that, despite the many changes in cultural pace, fashion, convention and idiom, the fundamental rules of the game remain surprisingly unchanged.

The best work still has to earn your attention and it has to do so by having one or more of the following ingredients: originality, entertainment, information, beauty, relevance. But all these are nothing without the most important ingredient of all: a little bit of space. This is where I think a modicum of nostalgia may be permitted.

I have said before that the amount of information we have to consume each day has turned us into cognitive misers. We are ruthless editors, intolerant of interruption, complexity or waffle. Yet if you open a newspaper or wade through an online news service, it is amazing how much of the advertising within appears jumbled, fragmented and cluttered.

There are exceptions, of course, but many advertisers seem to work on the basis that "we won’t have their attention for long, so let’s cram as much as possible in while we do". This, of course, is a fantastically self-defeating logic. The 13th rule of Al Ries and Jack Trout’s 22 Immutable Laws of Marketing is the law of sacrifice, which dictates that you have to give something up to get something back. We don’t apply this law often enough. We are not sacrificial enough. We are often too consensual, too quick to submit to the blandifying effects of multi-stakeholder decision-making.

The problem can be exponential because, before you know it, you don’t just have overloaded messaging across multiple channels for multiple stakeholders, you also have different microsites sprouting up for different business divisions, different workarounds for different legacy systems and a vigorous undergrowth of sub-brands all competing for budget. Because we’re in the thick of it, we sometimes don’t see how this tangle of communication is beginning to obscure everything else.

But it is never too late to chuck out the communication chintz, declutter the brand cupboard and jettison the marketing bric-a-brac.

A good spring clean will not only make us feel better, it will create some space around the brands we work for. So there’s some room left over to fit the customer in.

Charles Vallance is the founder and chairman of VCCP.
@thebrandedgent

The power of the butterfly effect

The big picture has been lost to the short-term click