It's the most wonderful time of the year. Which agency Christmas card is Lady Gaga in A Star is Born and which is a sad magician in a Britain's Got Talent audition? Only you can decide!

Free the Birds, which rebranded earlier this year, has given a nod to its new name with a Christmas card that features the lyrics to The 12 Days of Christmas, with the avians among the list of presents removed. 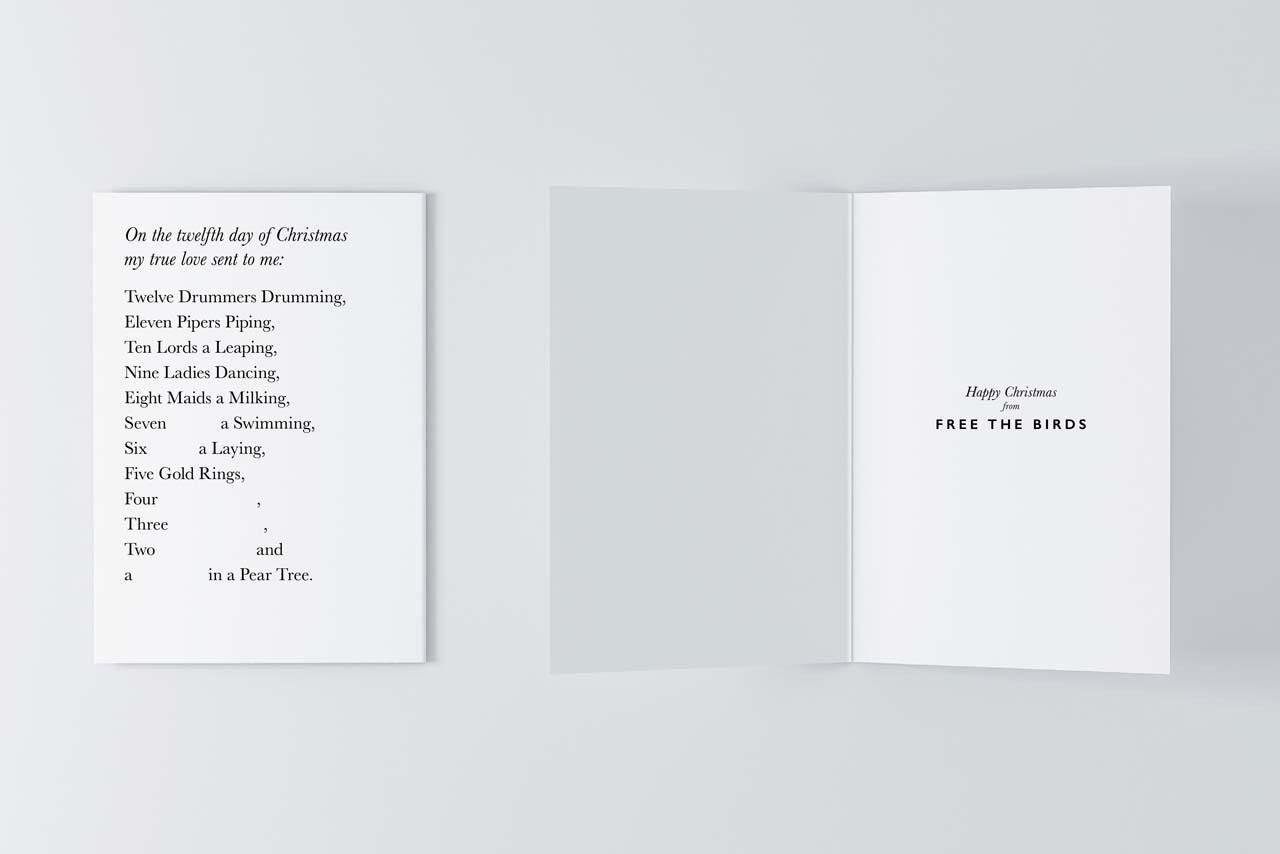 To help encouage people to ditch their plastic for paper, Chapter is including paper drinking straws with its cards and has commisssioned an animation illuistrated by Liam Basford to bring the idea to life. Packs of the straws can also be ordered for free here. 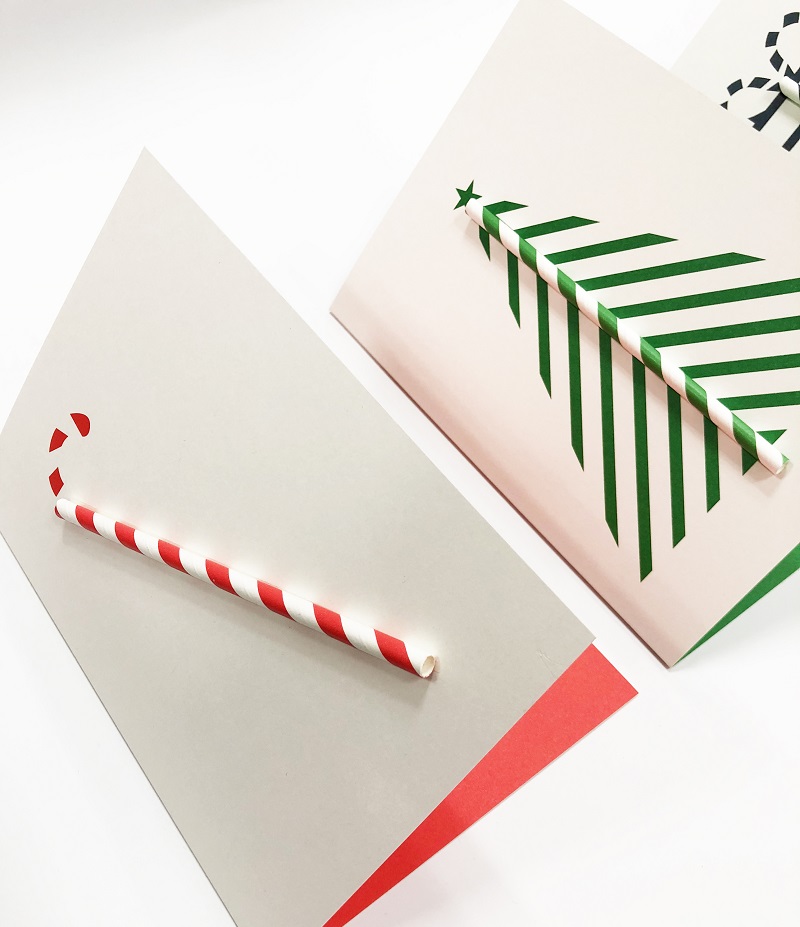 It's the culinary combo no-one has been waiting for: vodka, the blank canvas of the spirit world, infused with the flavour of sprouts, the vegetable whose diviseness is proving a bit of a thing this year. 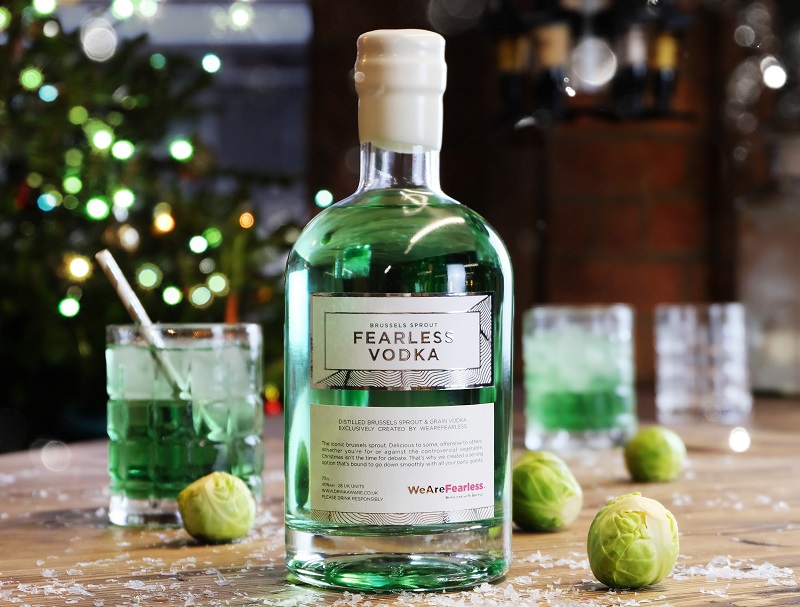 DS.Emotion is collaborating with Leeds-based homeless charity St George’s Crypt on its "Christmas seen" campaign for the charity's Independent Living scheme. It includes a Christmas card encouraging people to post a "#DSElfie" and send a donation. 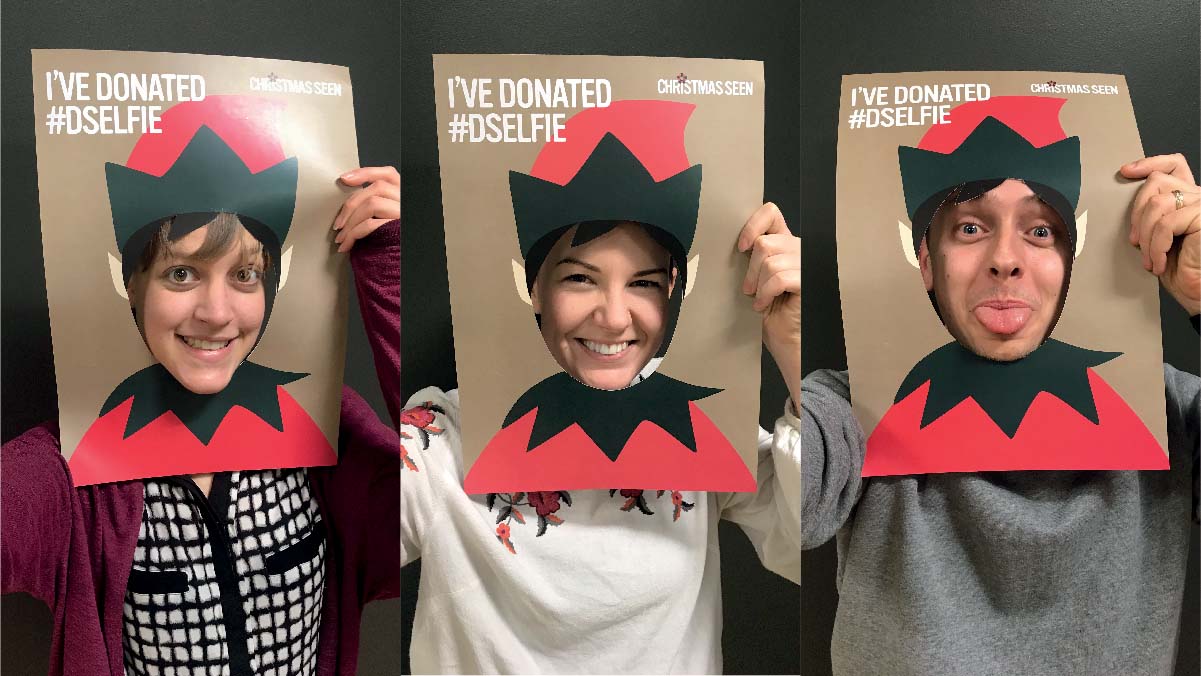 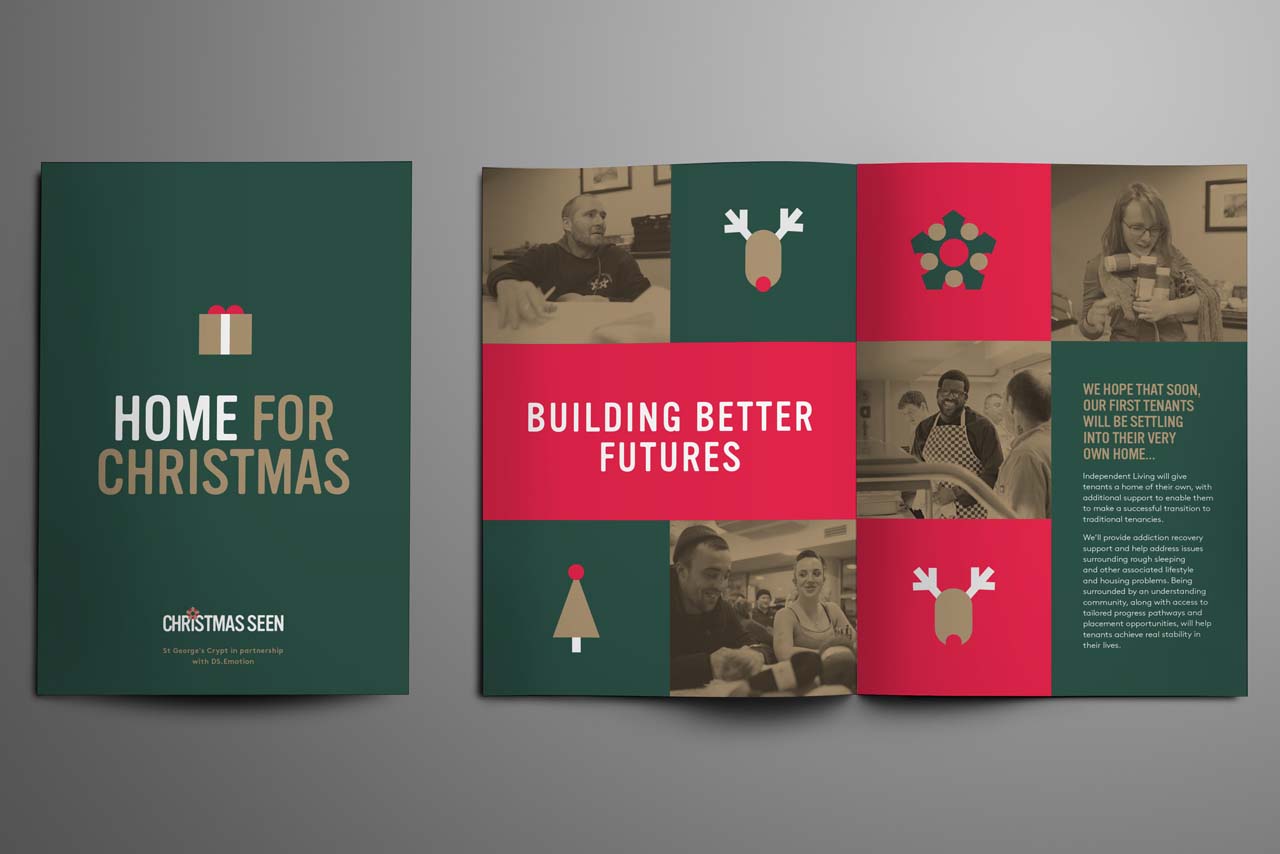 Unimpressed with the reality of Christmas Present, Bernet Tregaskis wrote and recorded sci-fi rap ditty Xmas in the Future and filmed this highly disturbing music video.

MediaCom has partnered Save the Children to create a children's story, Mica's Big Adventure, written by Sam Learmonth and illustrated by Hannah Quigley. Showcasing the different traditions celebrated around the world at this time of year, it is available as an interactive story and a physical and PDF book. 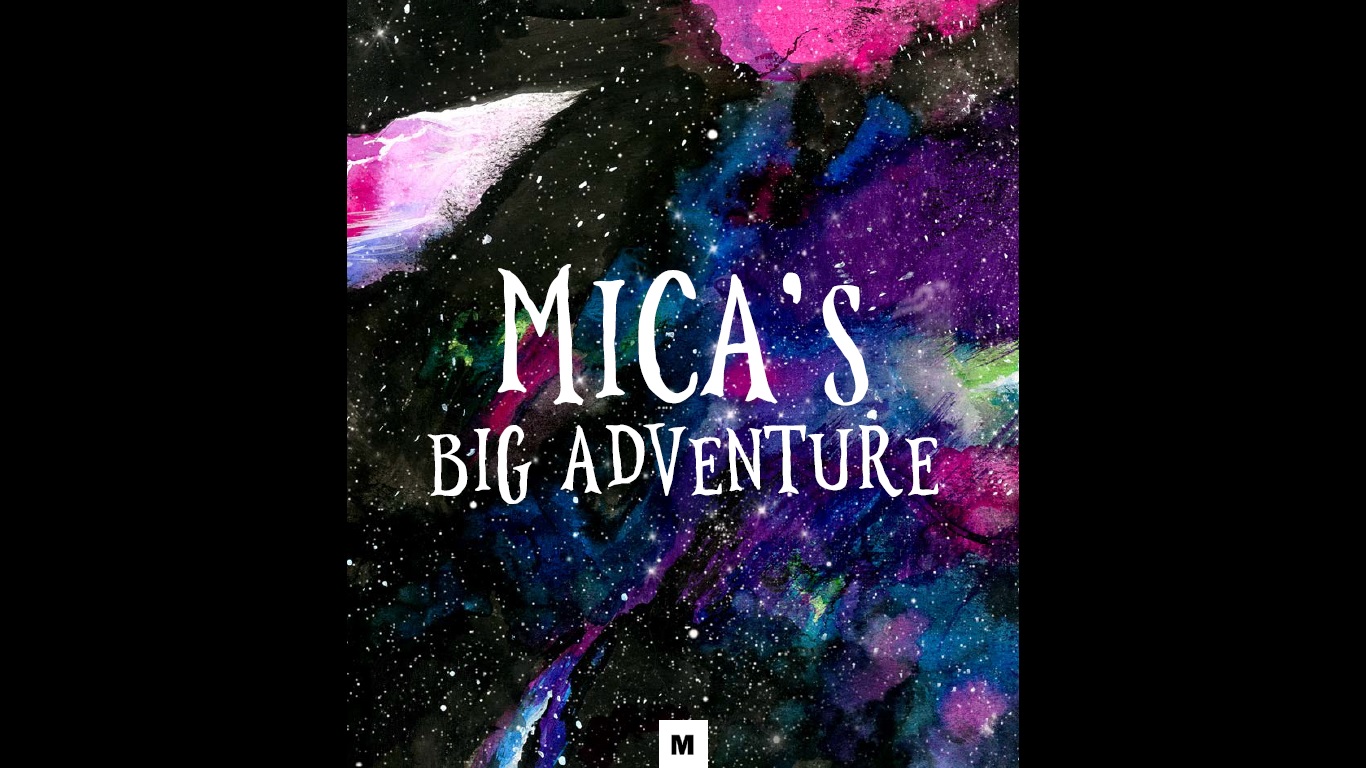 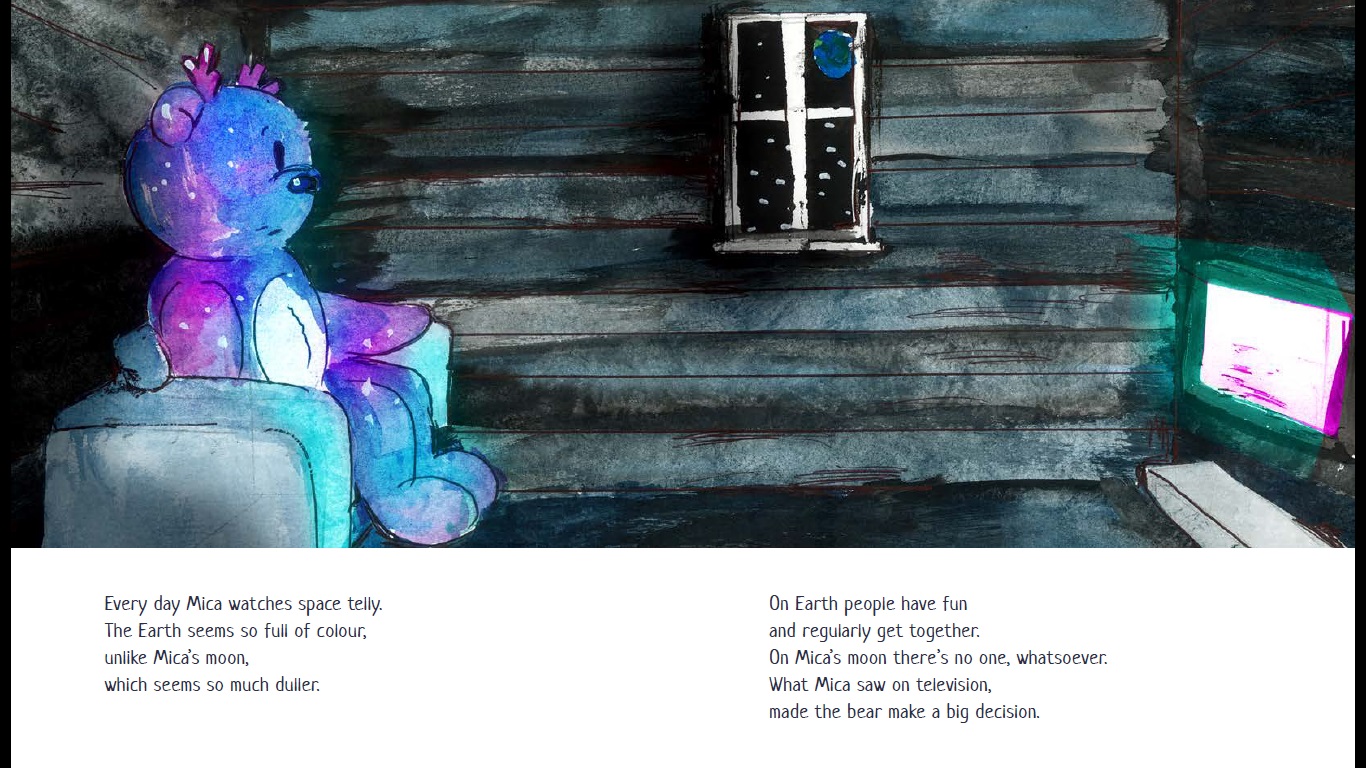 Zak is helping young people prepare for a Christmas day with the family during which they will be forced to switch their phones off by providing dopamine patches, a virbrating (but otherwise useless) pocket device and hats with political slogans designed to shut down unwanted conversation. The set of solutions from "Dopamina Labs" is profiled in a video that can only be watched after the user has switched off their Wi-Fi connection.

Cornwall-based Hedgehog came up with a new "employee", Ed Shogg, who is also a set of coasters. To bring the character to life, the agency created a CV, cover letter and testimonial video for Ed, who is made of four wooden coasters in a stand, with a design inspired by the spikey mammal of the agency's name. 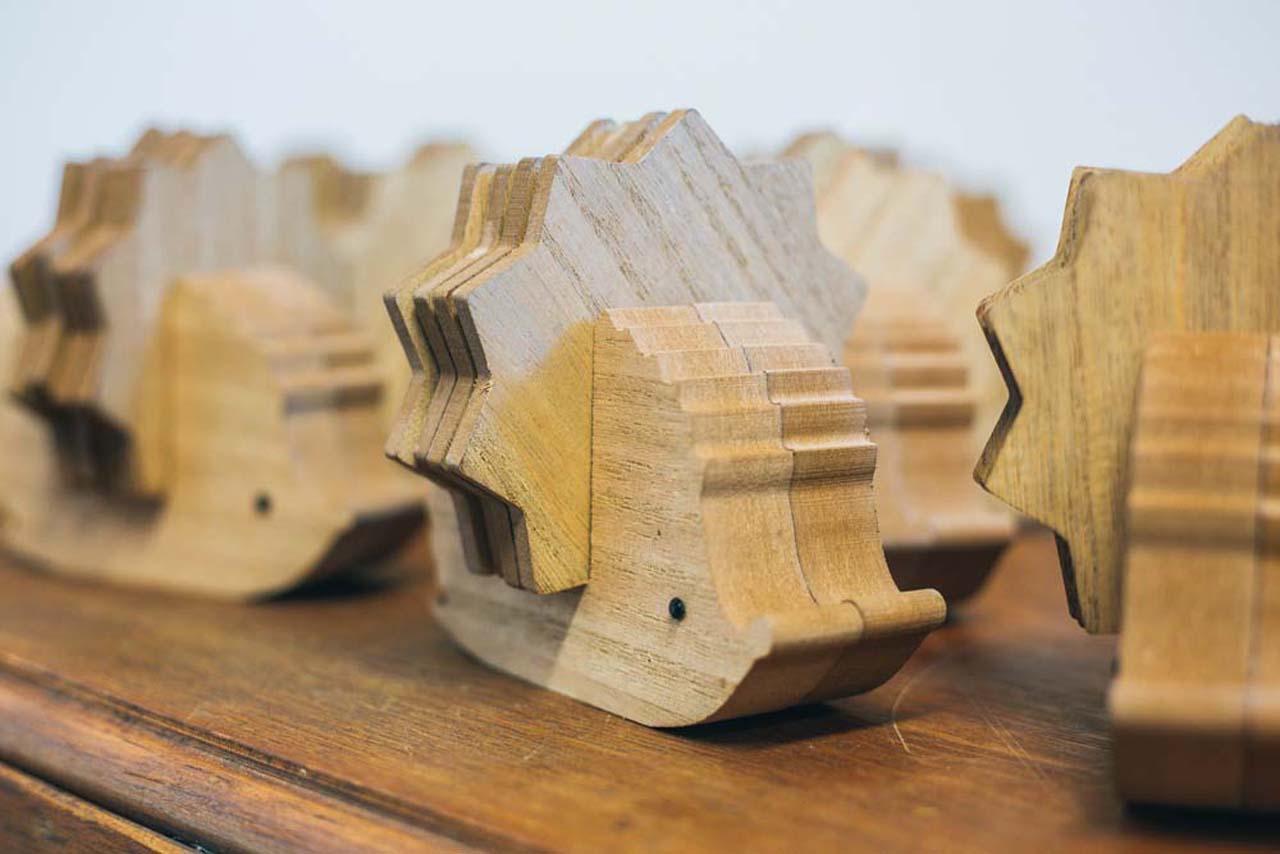 Radley Yeldar's Instagram campaign, RYunwrapped, is an animated selection of festive things to do, eat, drink and shop in the areas surrounding the agency's offices in Shoreditch and Birmingham.

Droga5 is lending a helping hand to anyone who would love to own products from ultra-hip US fashion brand Supreme, but can't be bothered with the hassle of trying to acquire it. The agency bought a single Supreme ballpoint pen and used it to hand-draw a set of Christmas cards, which are available to buy here for between £5 and £50 a pop. The proceeds go to Shelter. 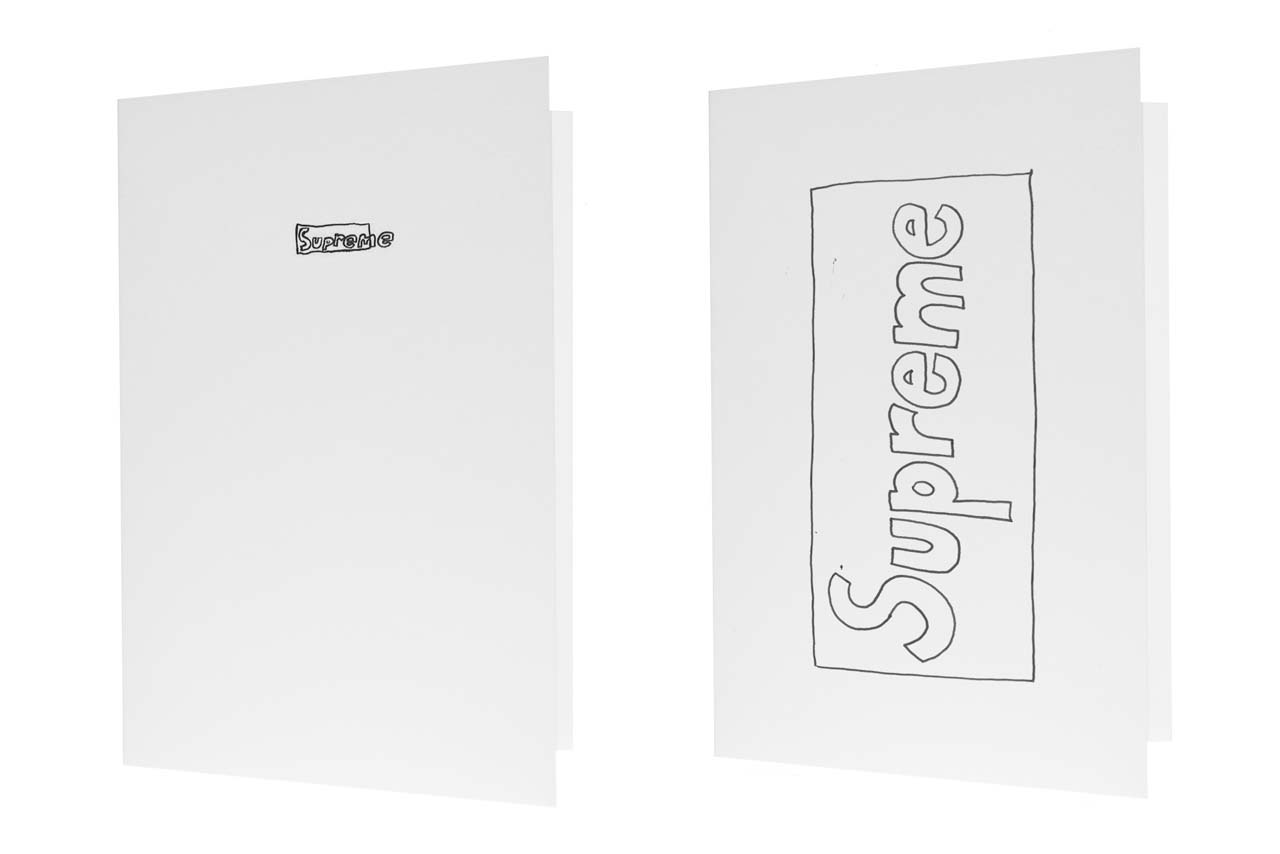 Good didn't just make its own Christmas cards this year, it made its own paper – starting in January, the agency saved up all its waste paper and eventually processed enough DIY recycled material to make 330 cards. 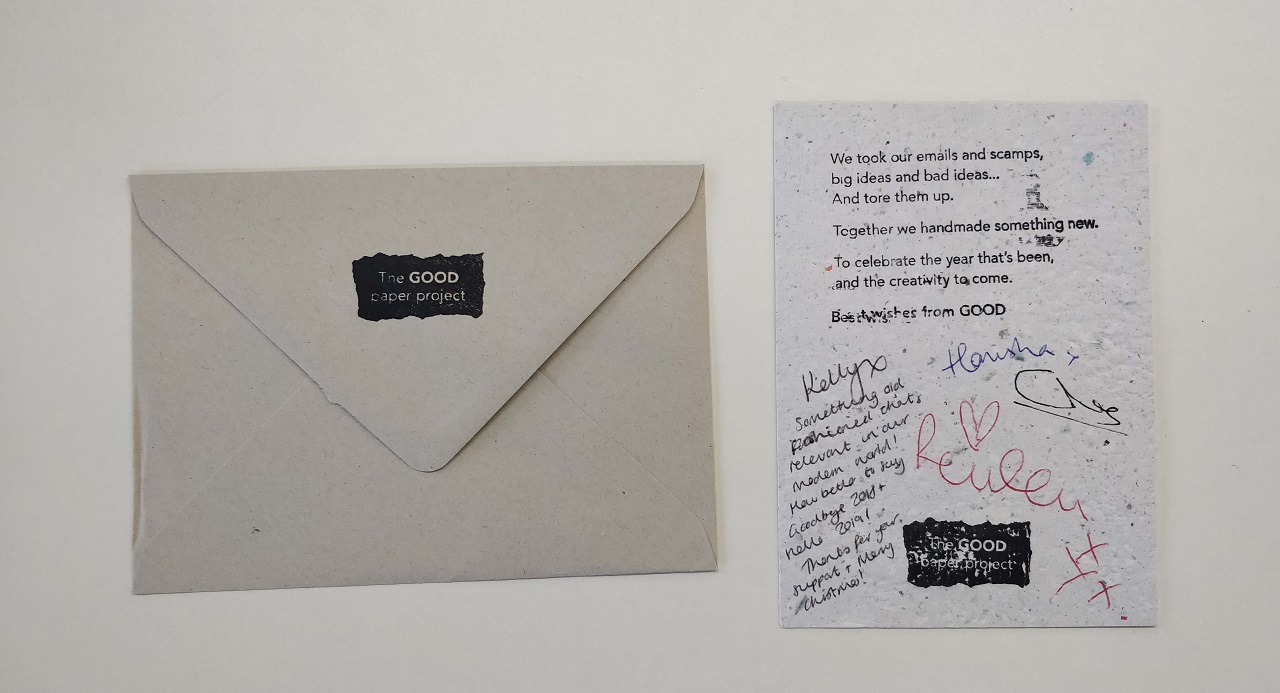 RPM is conducting a "marvellous Christmas raffle", with 24 winners drawn in the days running up to Christmas and their prizes revealed online. The proceeds will go to three local charities in west London. 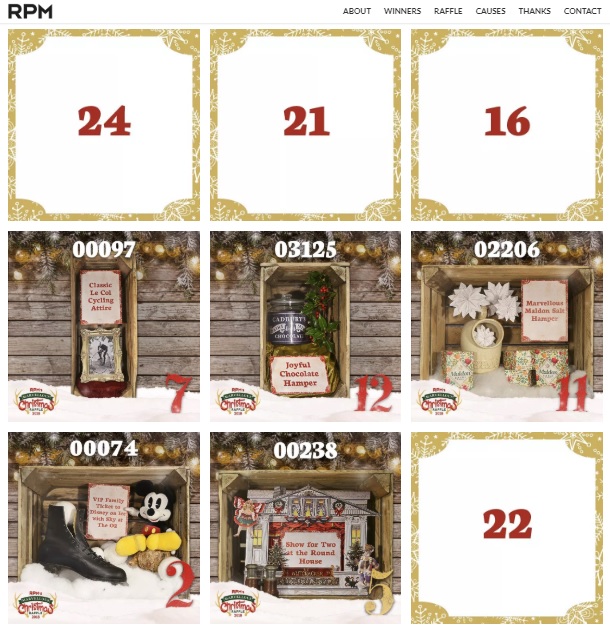 Wunderman – soon to become Wunderman Thompson – is aiming to tackle period poverty with a campaign called "Merry bloody Christmas". The agency is sending out festively decorated tampons, for hanging on Christmas trees, and each time a photo of the decoration is shared on social media and @WundermanUK is tagged, it will donate a box of period products to the charity Bloody Good Period, which provides menstrual protection to those who can’t afford it. 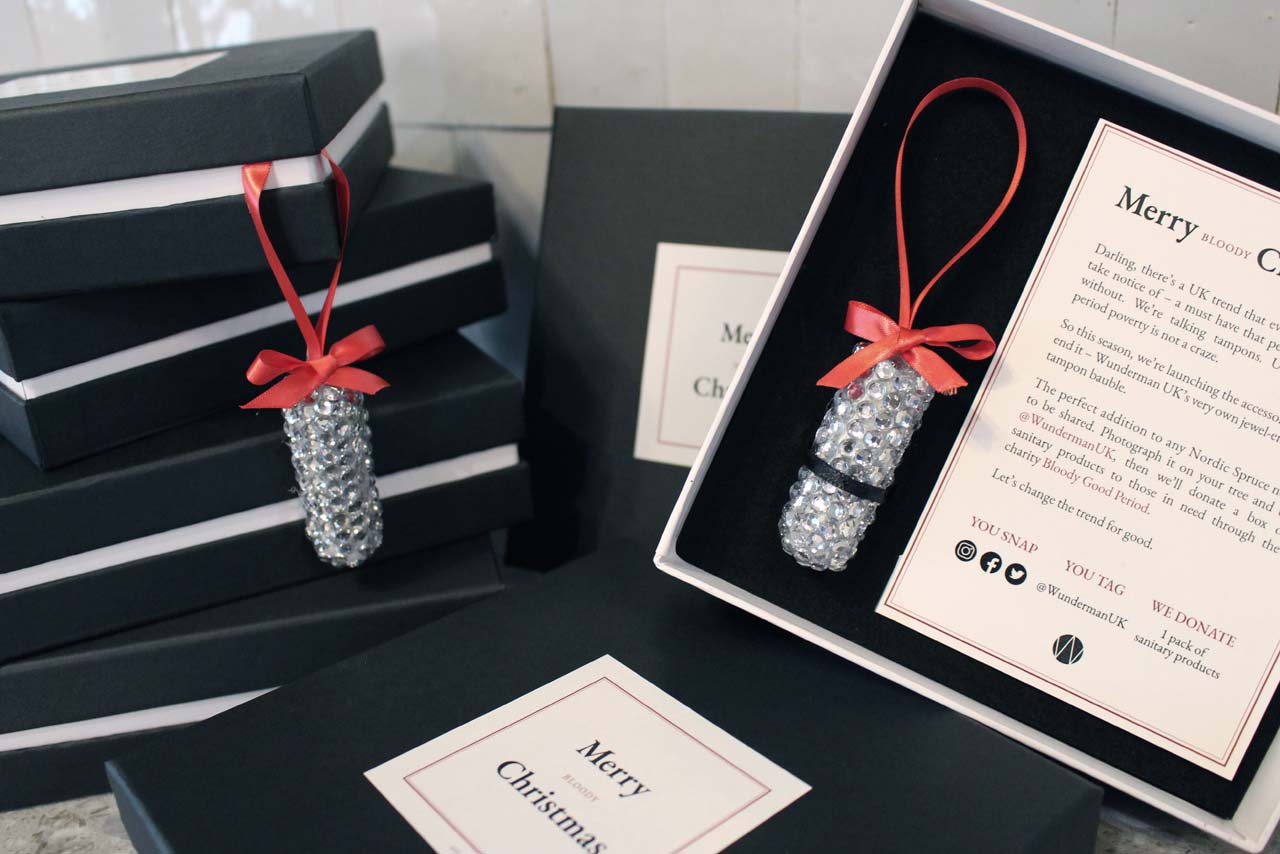 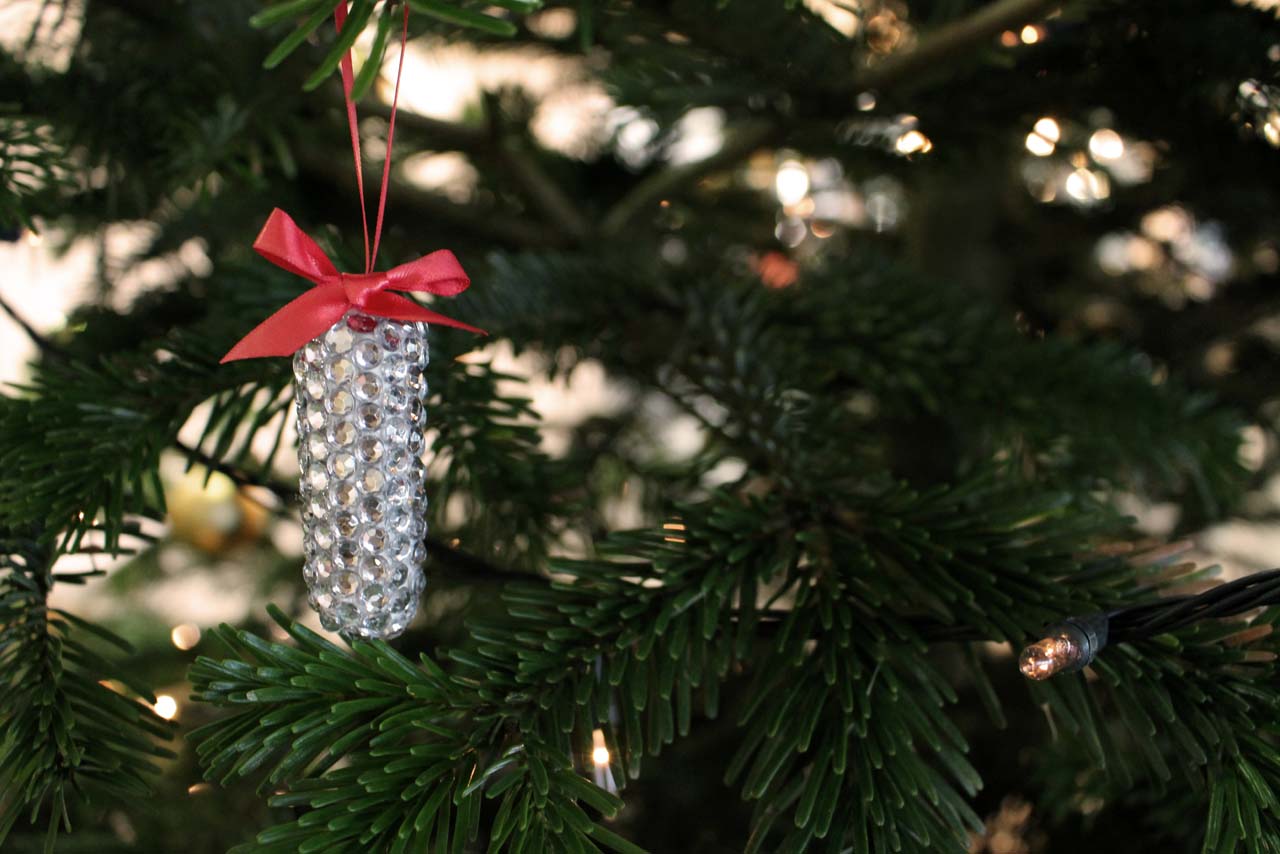 Richard E Grant stars in O Human Being, Anomaly's six-minute "festive" animation about Peter, a man who is kidnapped and stuck in a pot by a family of Christmas trees. It was directed by Ben White, Craig Ainsley, Ben Robinson and Mike Whiteside.

Isobel's card, which arguably doesn't quite capture the zeitgeist around trans representation, is inspired by Annie Leibovitz's group photoshoots for Vanity Fair – but with all the faces swapped to one of the opposite sex.

Iris' effort is a podcast that amusingly plays with the concept of autonomous sensory meridian response – a technique that uses soft and quiet sounds to elicit relaxing, tingly sensations in the listener.

Lida has created a set of five cards that celebrate key moments in history that share their anniversary with Christmas Day – from William the Conqueror being crowned King of England in 1066 to Dirty Den divorcing Angie 920 years later. 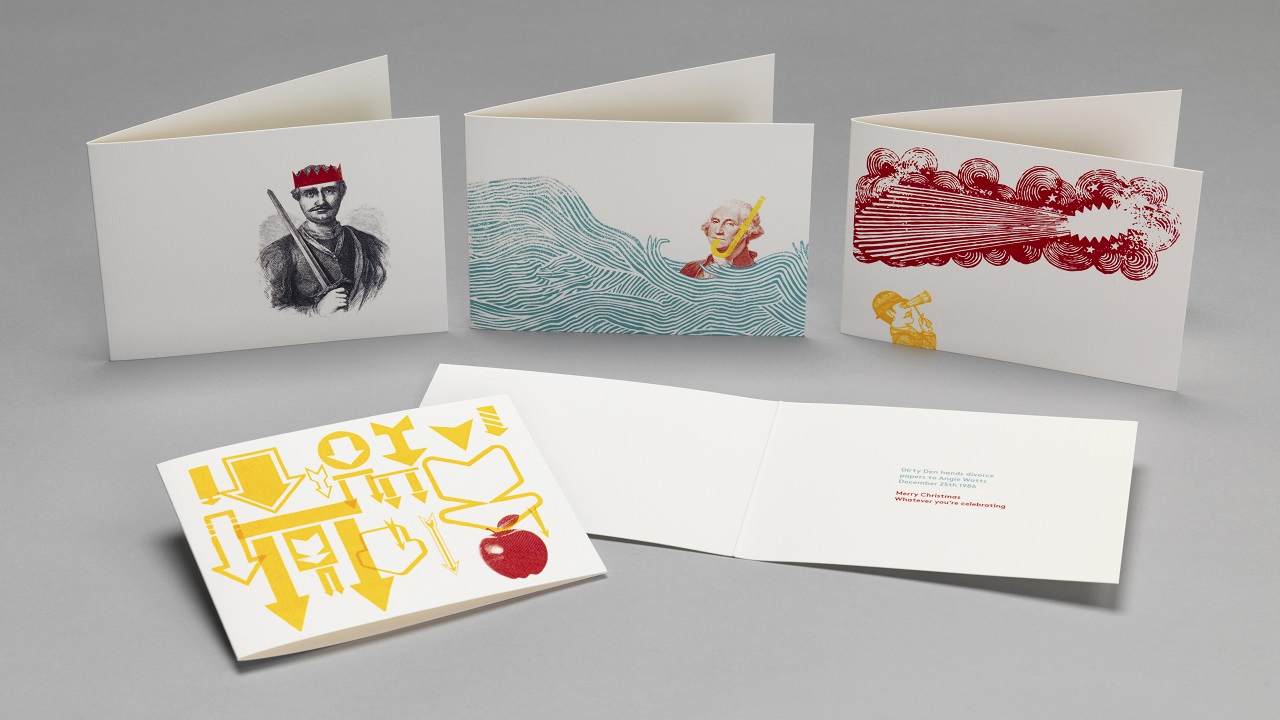 Claimed to be knitted by a team of grannies, Fold7's "Festive digital detox sock" is designed to provide a convenient way for people to put their phones out of arm's reach and make the most of their quality time with the family. 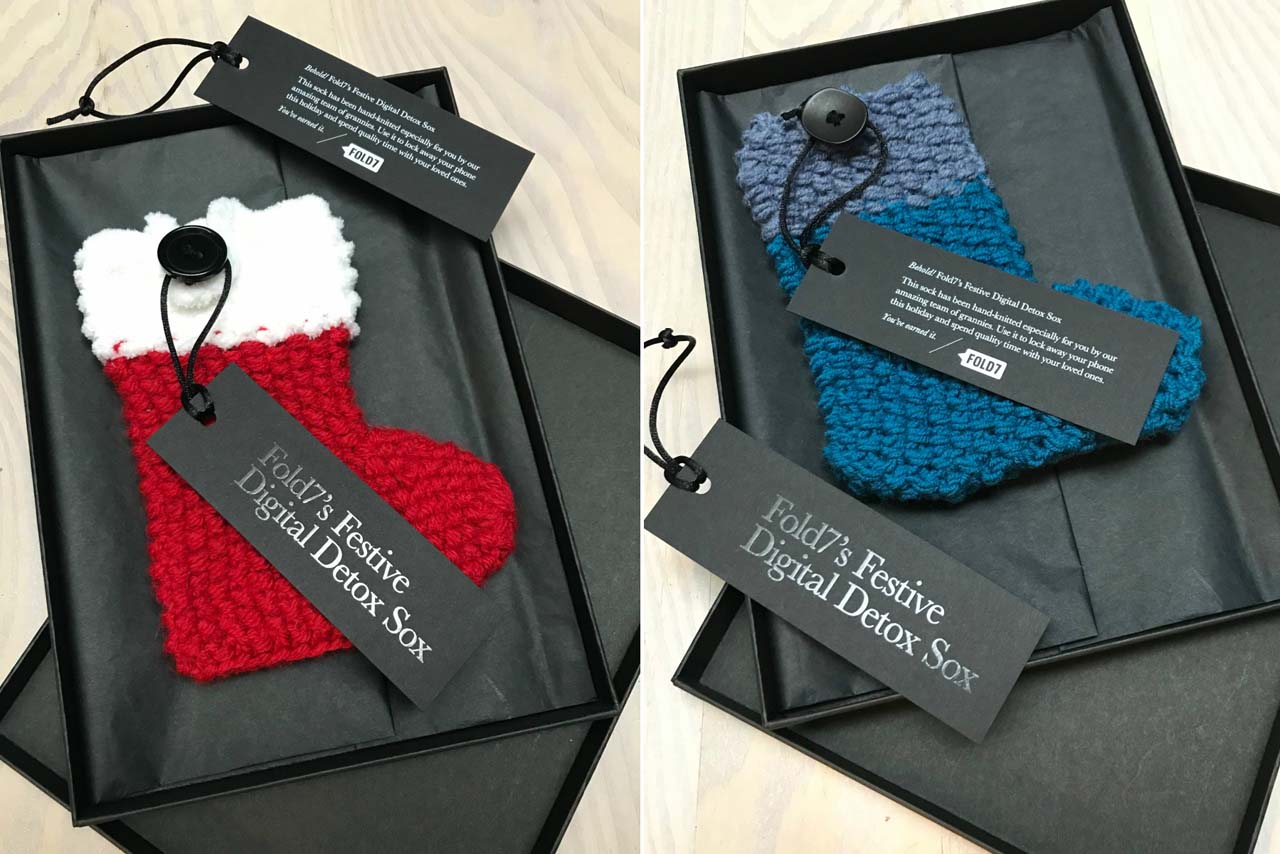 In search of a blockbuster creative tech idea for this round-up, Gravity created a full-functioning pair of augmented-reality glasses that make it Christmas every day. Well isn't that Wizard!

Gillian, VMLY&R’s receptionist, stars in "The 12 days of Gifmas", a series of gifs that can be added to emails to help relieve the tedium of the last week at work before the holidays. The agency has also created a handy how-to video, because send a man a gif and he will laugh once; teach him to gif and he will go viral forever.

With Coca-Cola having had a major role in shaping the image of Santa as we know him, Magnum Opus decided to have a think about how the beardyman from the frigid north might look if he was resigned for 2018. It shouldn't surprise you that the result is the stuff of nightmares.

Because the thing people most look forward to about Christmas is debating Brexit with their elderly relatives, BBD Perfect Storm has decided to make Christmas all about the B word with this musical plea for a People's Vote.

This short animation tells the tale of a game of poker at the North Pole that has dire consequences for the loser.

Quiet Storm has created wearable Christmas stockings to commemorate 100 years of women having the right to vote in the UK and to address the gender pay gap with the message "All I want for Christmas is equal pay." 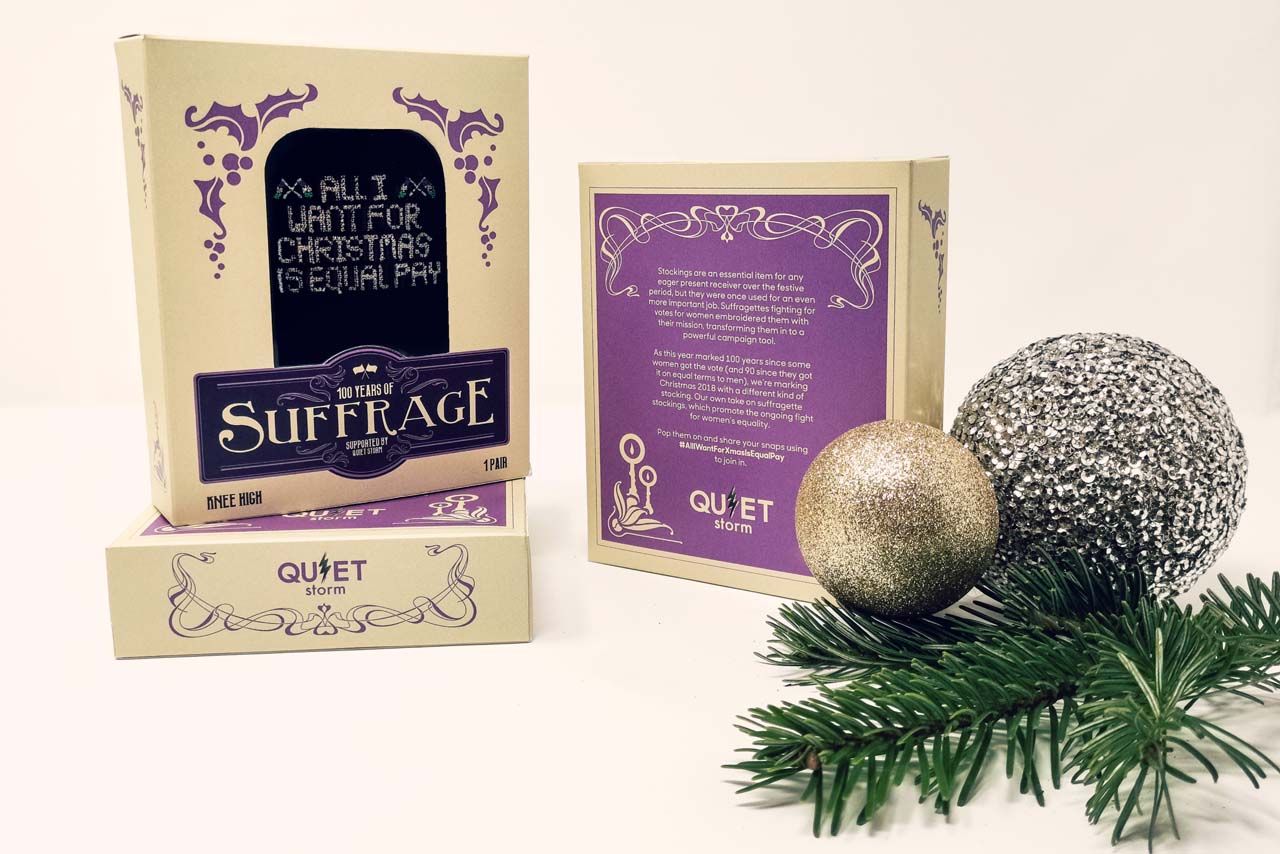 Working with Kent Chilli Farm, Beyond created Ho Ho Hot, an intense spin on that traditional Christmas cranberry sauce containing chocolate habaneros. Despite claiming to be "an agency of chilli heads", the team's wimpy reactions to the sauce were captured in a set of photos by Marco Mori. 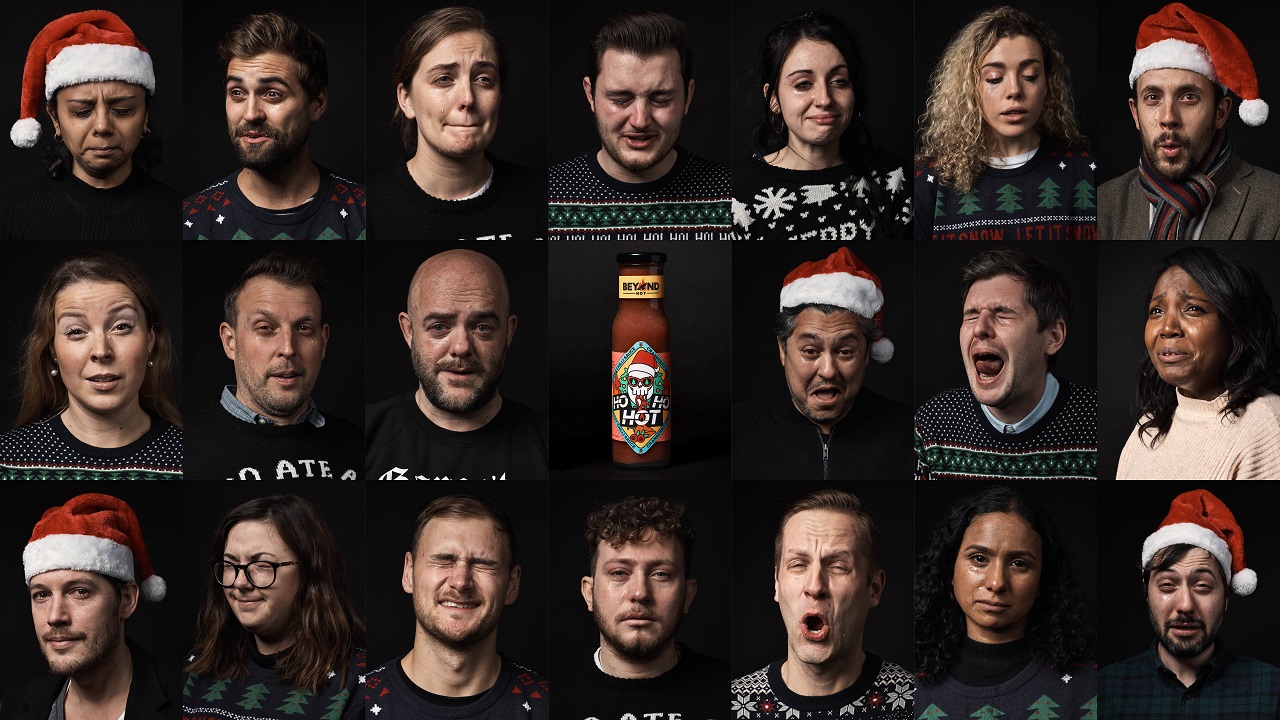 When you think of Christmas, you think of the 80s (?) - which is why Leeds-based Tall has given its website a makeover inspired by the decade and created a card in a same-style, along with a making-of video with the unmatchable feel of degraded VHS.

Please note that this poll was republished at 11.45am on Tuesday 18 December. Any votes cast before this point may not have been counted.

Save the Children to consolidate media agencies

All I want for Christmas is a response from Rolls-Royce