Social Life was acquired by The Jellyfish Group last year (16 December), in a bid to step up the company’s digital credentials. The agency's LGBT+ co-founder, Laura-May Coope, told Campaign about its rise from “a scrappy team of nobodies” to becoming Emmy award-winners. 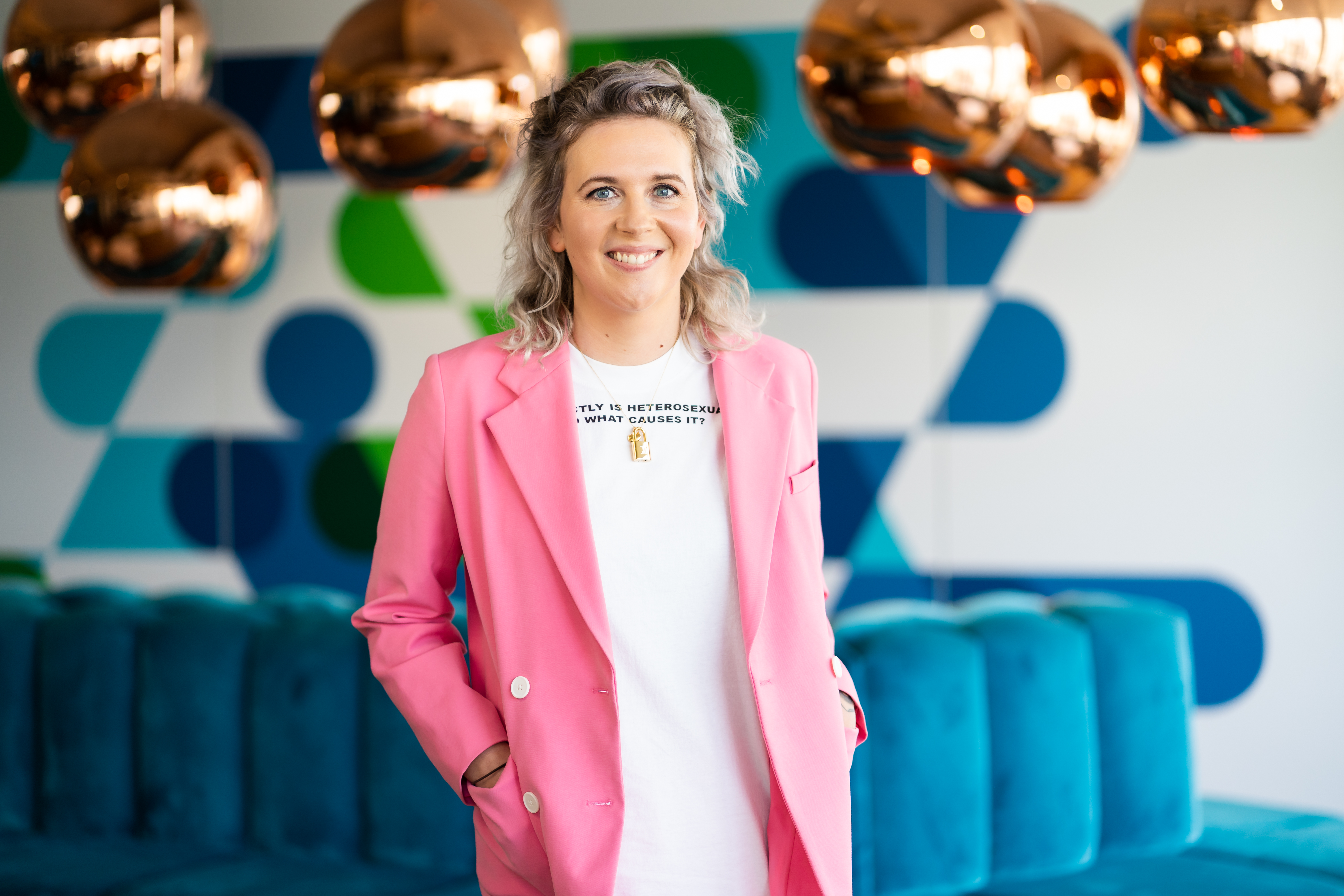 Coope and co-founder Alistair Parrington first “took a leap of faith” and started Social Life in 2014, following the pair’s time together running social for BBC Radio One.

“We noticed that whenever we worked with a social agency, they were shit and they couldn't do anything that we couldn't do far better and far cheaper,” Coope said.

After gaining clients including The X Factor  and Take Me Out, both on ITV, the pair first began work with Netflix in 2015.

However, creative work for Big Mouth began when Social Life created what could be the world's biggest depiction of a uterus, formed using natural material in a field in California, where it is still “growing naturally” to this day.

Starring Nick Kroll and John Mulaney, Big Mouth follows teens as they discover the dramatic highs and lows of puberty via their overly sexual “hormone monsters”.

Coope said: “We pitched for Big Mouth before it had aired and we decided to go big on the whole sex-ed thing, even though the show was really in its infancy.”

It is Big Mouth's focus on sex education that has propelled the Netflix show to cult status – in the US, fewer than 40% of US high schools and one in six middle schools teach all the relevant sexual health topics.

The show has thus gained acclaim for its depiction of teenage life in the 21st century, with actress Maya Rudolph winning another Emmy this year for Outstanding Character Voice-Over Performance in an episode entitled How to Have an Orgasm.

Coope remarked: “We had the show's social audience telling us that they had nothing like this – Big Mouth was their only source of inclusive and honest sexual education.”

Keeping an eye on the show’s reception from viewers, creators Kroll and Goldberg wanted to delve further into issues surrounding puberty and sexual education.

This focus was the catalyst for Big Mouth’s “Guide to life” Instagram series, which was created by Social Life as an “accessible, inclusive, honest guide that would be available to anyone who goes on social media”.

Spearheaded by Social Life production lead Abigail Balfe, the guide discusses issues of mental wellbeing, consent, cyberbullying and toxic masculinity via the show’s characters (as well as animations of “spunk, boobs and all the rest”, as Coope puts it) to inform and entertain viewers.

She continued: “We really wanted to make an accessible, inclusive, honest guide that would be available to anyone who goes on social.

“We wanted to be interactive – not just tell them things, but interact with them, let them pop zits through pressing buttons on Stories.”

Launched as an eight-chapter Instagram series, the e-book boasted a 75-85% completion rate, with 82% of fans describing “Guide to life” as more helpful than their's school sex education programme.

Further, Coope noted that almost 7,000 Big Mouth fans said that the guide helped spark a conversation with a loved one.

“That's the kind of social media that actually really makes a difference in people's lives,” she said.

“Before the Jellyfish Group we were a scrappy team of nobodies doing behind-the-scenes work with massive clients like Apple, Amazon, Hulu, Netflix and NBC.

“We were the voices behind the biggest shows in the world, so it feels really great to be acknowledged, especially for this kind of inclusive, rewarding, honest work,” she said.

Realism is drowning out perfection on social media