Former British Airways marketer Vanita Parti left her job to disrupt the beauty industry. Gurjit Degun talks to the Blink Brow Bar founder about the key to her success.

That wouldn’t have been the case 13 years ago when an ambitious Vanita Parti left her job as a brand manager at British Airways to create her own brand. She wanted to use her marketing experience to develop a business that could fit around her lifestyle and desire for a bigger family.

"I worked for a brand and really understood what it meant to create something that customers were delighted by," she explains. "So I just started to look around for the kind of thing I might have been able to do successfully that didn’t already exist or existed but in a way that wasn’t overly appealing."

She was sick of having to travel to Wembley in north west London to have her eyebrows threaded – an Indian technique whereby brows are shaped by pulling out the hairs with a cotton thread – and thought a more central service could fit the bill. Parti decided to launch the Blink Brow Bar concept in central London with a single chair in Fenwick on Bond Street. Within six months, she had also set up in Selfridges and Harvey Nichols.

Parti wanted to make the process quick and easy for women with a walk-in service: "I think at that time life was changing. Yo! Sushi [now known as Yo!] had exploded, you could get sushi quickly, nail bars were popping up everywhere and I thought ‘why not eyebrow bars?’"

But Blink Brow Bar’s strength was not just its ease but also the experience. The feeling of luxury is certainly something that Parti has nailed, be it the short head massage after ten minutes of enduring threading, the plump cream coloured chairs with a deep purple piping or the choice of soothing gel post-treatment.

It was the start of a new era for beauty, with brands such as Benefit, Charlotte Tilbury and Bobbi Brown trying to up their brow game. So much so that brow cosmetics are now the fastest-growing sub-category within make-up in the UK and US with double-digit expansion for the past five years. According to consumer market researcher NPD, the sector’s sales value worth increased 24.7% year on year from £8.9m in 2015 to £11.1m in 2016.

Jo Allison, behavioural analyst at Canvas8, adds: "Currently, women are reportedly willing to spend up to £200 a year on brow grooming, which is quite a turnaround when you consider that not too long ago the trend was for thin, over-plucked, almost non-existent eyebrows.

"Online searches for ‘brow products’ were up nearly 40% in 2016, according to Google and market analysts are even predicting that brow products will become as popular as mascara. That’s quite a shift."

Parti now has 23 bars in the UK, two in New York and one in Copenhagen, as well 60 products such as brow pencils and gels, and says that her sales have grown by 25% each year. For Blink Brow Bar, this means that its three UK standalone stores can also offer additional services such as manicures. 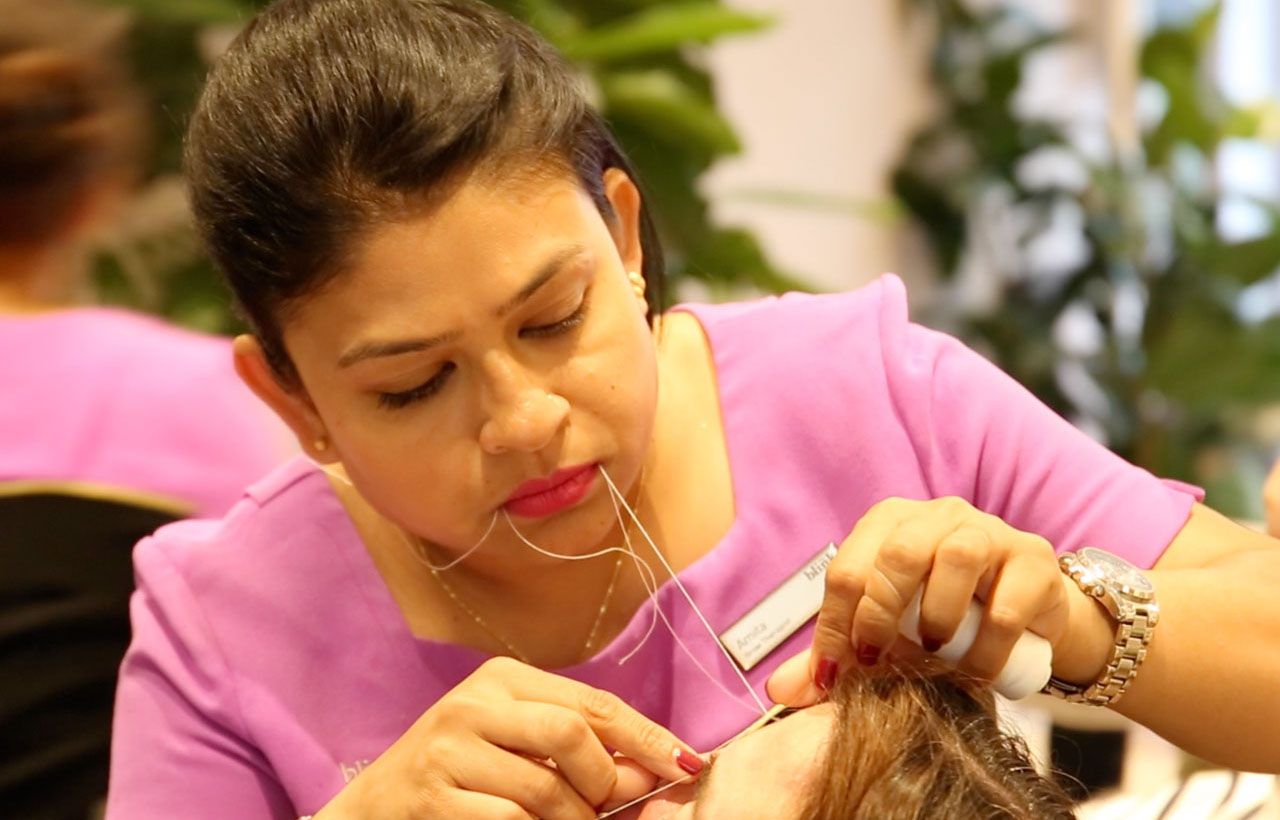 Parti’s time at British Airways has served her well: "It was really understanding what the brand was, having the clear customer proposition, knowing where I wanted to position the brand, not compromising anything for the sake of a quick win, understanding that whatever I was trying to create needed to last beyond five years. And just how we create desirability, I think a lot of it is how you market something and how you package it."

Marketing and refining the brand has been a core part of Parti’s success but Blink doesn’t advertise. "When you start a business, the best way to win trust is through word of mouth," Parti explains. "There’s no point in going out there and spending a lot of money on advertising. Get influencers in to really love and trust your brand and talk about it. We did it very slowly but steadily by winning the trust of all beauty journalists, and fashion journalists, who are dedicated to our brand."

Parti calls this the drip-feed method "rather than style over substance". However, she admits that social media has changed things and she may have to think again about spending on advertising because "you have to create that bubble, that’s so important on social media, that buzz that everyone is talking about your brand". 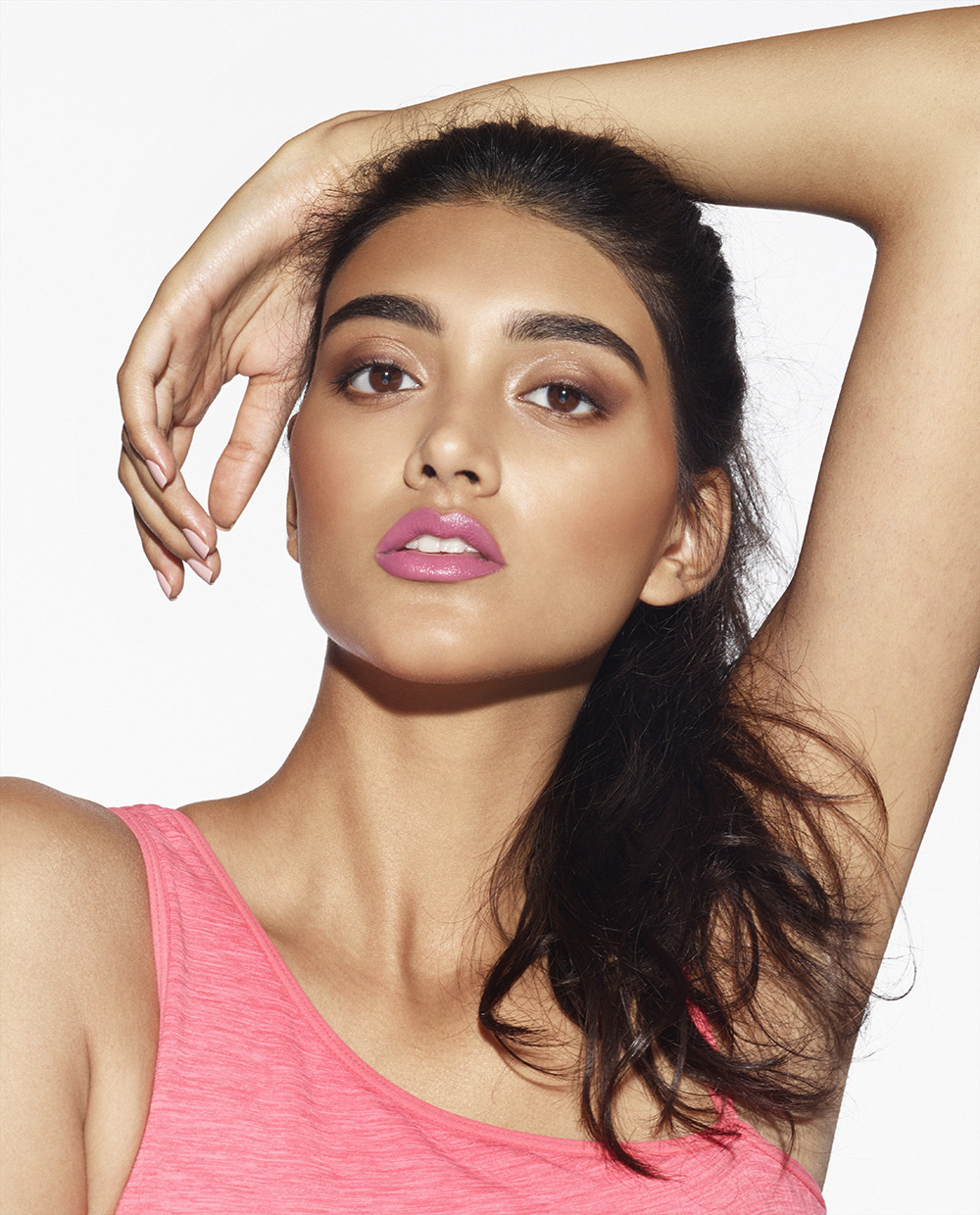 That said, Parti does think that celebrity endorsements can be "quite powerful", citing Victoria Beckham and Estée Lauder as an example. Over the past two years, model Neelam Gill has been an ambassador for Blink Brow Bar. "She’s British born, second-generation Indian, and one of the first to break the barriers in the modelling world," Parti says. "When I saw her in a Burberry campaign I just thought, ‘wow she’s done really well to get this far’ and she’s been great because it’s everything our brand’s about."

For next year, Parti wants to move this on by working with "real people" to appeal to a wider demographic and show all types of women and men that they can work with their eyebrows.

The market for Blink Brow Bar is still in growth, which means there’s plenty of scope for expansion. Parti quotes her own research that has found that around 60% of women don’t touch their brows but the 40% that do admit that they are not sure of what they’re doing.

"There’s just so much opportunity to educate, and that’s what we should now be doing," Parti says. "The threading part of our business is a staple, [but] we need to be doing so much more now."

Parti’s focus might be on the future but that doesn’t mean things were always easy along the way. After a successful corporate career, she says that one of the biggest surprises was how hard it was to start out on her own.

"You’re expected to have the answers to everything when you don’t," Parti explains. "It’s very hard to forgive yourself when you make mistakes, it’s just one of those things where you get a little bit stronger and more resilient as time goes on."

But it seems any mistakes have only served to improve the business. After developing a new sector in the hugely competitive beauty industry, receiving royal approval in the form of an MBE for her services to the beauty industry and charity work in India and such healthy growth, Parti is doing lots of things right.

It’s enough to make you wonder whether there is anything else she is sick of.

Diary of an agency start-up: Coffins, contracts and transparency

Lessons from running a start-up accelerator