Blippar has hired a new chief executive as the augmented-reality tech company looks to rebound after being in administration.

Faisal Galaria, a former Spotify and Kayak executive, will join Blippar as chief executive from GoCompare.com, where he is chief strategy and investments officer and helped lead its initial public offering on the London Stock Exchange.

Galaria is regarded as a turnaround specilalist, having previously worked as a senior partner at Alvarez & Marsal, the world’s largest turnaround and restructuring company, for four years up to 2016.

London-based Blippar, which launched in 2011 and became one of the UK’s first tech "unicorns" valued at $1bn, was placed into administration in December 2018 after a major investor refused new funding. It rose to prominence with an app that gave users additional content by pointing their smartphone at real-life objects that contained a code (shown below). 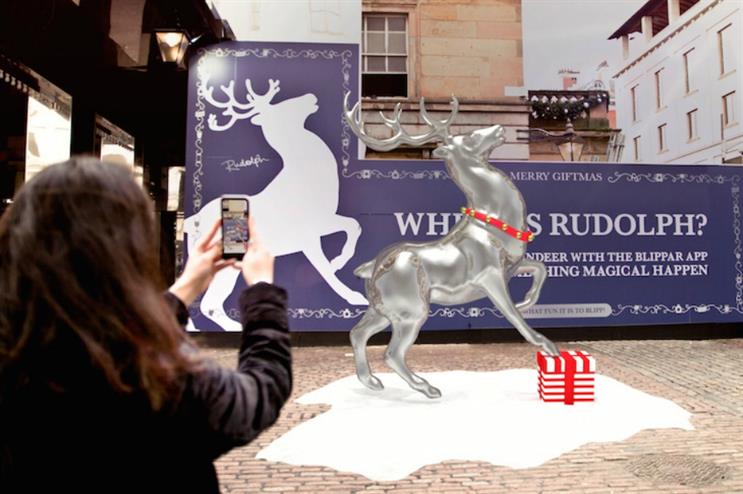 Blippar was bought out of administration earlier this year when existing shareholder Candy Ventures acquired the intellectual property assets of the business and its various brands.

The company’s new product offering focuses primarily on its AR creation and publishing platform "Blippbuilder" that enables brands and app users to create and publish their own AR experiences.

As senior vice-president at Spotify from 2009 to 2012, Galaria was credited with launching the music-streaming service in seven countries and was responsible for the platform music agreement with Facebook. He was previously international managing director of Kayak before its IPO and an early employee at Skype, where he led the European business.

At Blippar, Galaria will be responsible for driving its commercial growth and development as the company continues to expand its proprietary AR creation and publishing platform. He will work closely with company founder and former chief executive Ambarish Mitra and Preet Prasannan, the new chief technology officer.

Mitra had been accused of making "strategic mistakes" when running Blippar, several insiders told Campaign and other media outlets when Blippar went into administration. One source said Mitra had let the original Blippar business "wither on the vine, because there was a lack of funds to develop products".

The decision to pursue the 2016 launch of "Blipparsphere" – a visual search engine that would use artificial intelligence to identify real-world objects – was a particular source of criticism. Mitra's integrity also came into question in 2017 after the Financial Times reported discrepancies in claims that Mitra made about his past in India.

Mitra, who is now chief product officer, is tasked with overall product strategy and product development for the business. He said: "We have received overwhelming support from our clients, team, partners, Candy Ventures and everyone in the industry over the last few months and I am extremely grateful for it. I’m excited to be working with Faisal as we continue to push the boundaries of what is possible with AR in its journey to become a mass medium."

The long goodbye of scale: can success ever be sustainable?