Sarah Baldock, the founder and CEO of agency Be-good, recalls what happened at the WPP Stream 2015 'unconference' in Greece last weekend (15-17 October).

The first day of the WPP Stream 2015 thought-leadership event kicked off under a bright blue sky. Delegates arrived from around the world to spend three days challenging and debating the digital future of communications, creativity and business.

Described by Wired Magazine as "One of the world’s best technology conferences", Stream is the invitation-only unconference for unconventional thinkers, one that Be-good has been proud to create since 2007. The spirit of Stream is spontaneous, user-generated, creative and unproduced – an antidote to the usual conference format.

However, to create an environment that promotes free-thinking and open debate requires careful management and organised chaos.

For registration, digital head snaps in cardboard boxes broke the ice as an unusual networking tool. At Stream the attendees write the agenda, so as soon as the big, white discussion boards were unveiled a mass of energetic people keen to get book in their slot charged in with white board markers and elbows to the ready. Upcoming sessions include: 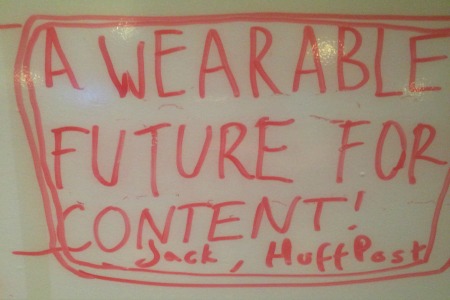 We finished the night with our Ignite presentations; guests talk for just four minutes with 15 slides rotating every 15 seconds - inspiring and fast content. Highlights were ‘Marketing to the Singularity’, ‘Citizen Science’, ‘Top tips for kids to code’; ‘Unexpected shopping links’ - gardening & gambling anyone?

The day kicked off almost with a bang as a giant Helium Balloon with GoPros was released to roam free across Greece, ascend to the stratosphere, burst and descend to earth, where it was tracked and retrieved. Today was all about the discussions and workshops though. With six slots booked across 11 areas, deciding which talk to go to was challenging – they all sounded so interesting and inspiring. This is what we found most interesting:

This talk discussed the use of our understanding of neuroscience, i.e. that without physically engaging with the world, we cannot learn and grow and makes sense of things, and applying it to creative solutions - both in what we create and the way we create them. This means audiences will understand and embrace things better if they can physically connect with them.

Copy the Bonobo Apes! Use play to promote creativity. Play physically reduces the effect of stress on the brain, and promotes learning and social structure - so we are instinctively drawn to it. Capitalise on our instinct to play, that feeling of ‘I don’t know this, but let’s do it anyway!’ – it’s called ‘The Biology of Fun’! Play is the "I want to’ engine, something gamers know well. Playfulness runs on trust, Bonobo apes have strong relationships built on trust that enable risky play and creativity.

Our Gadgethon section of the Extravaganza showcased some great new tech, include two interesting wearables – firstly a wristband that lets you control onscreen content, and then a brilliant handbag, which included LED lights, a USB port and chargeable base. There was also a coffee machine that can print any image onto your coffee – we had a Sir Martin Sorrell cappuccino, from a machine that’s linked to social media channels.

At 11pm, delegates gathered to watch the Stream Cinema on Google Cardboard viewers. This brilliant and simple piece of tech allows users make their own VR viewer from a flat piece of cardboard, their mobile device and an app - awesome portable tech.

Play costs and innovation costs, and a lot of it can go nowhere, but we need it – and, in a safe environment, we can afford it. Risk-taking in safety is super fun – and leads to invaluable learnings. So engage with audiences through play – and remember, perception is grounded in the physical. Question your bias; go to uncertainty, where the fun is! 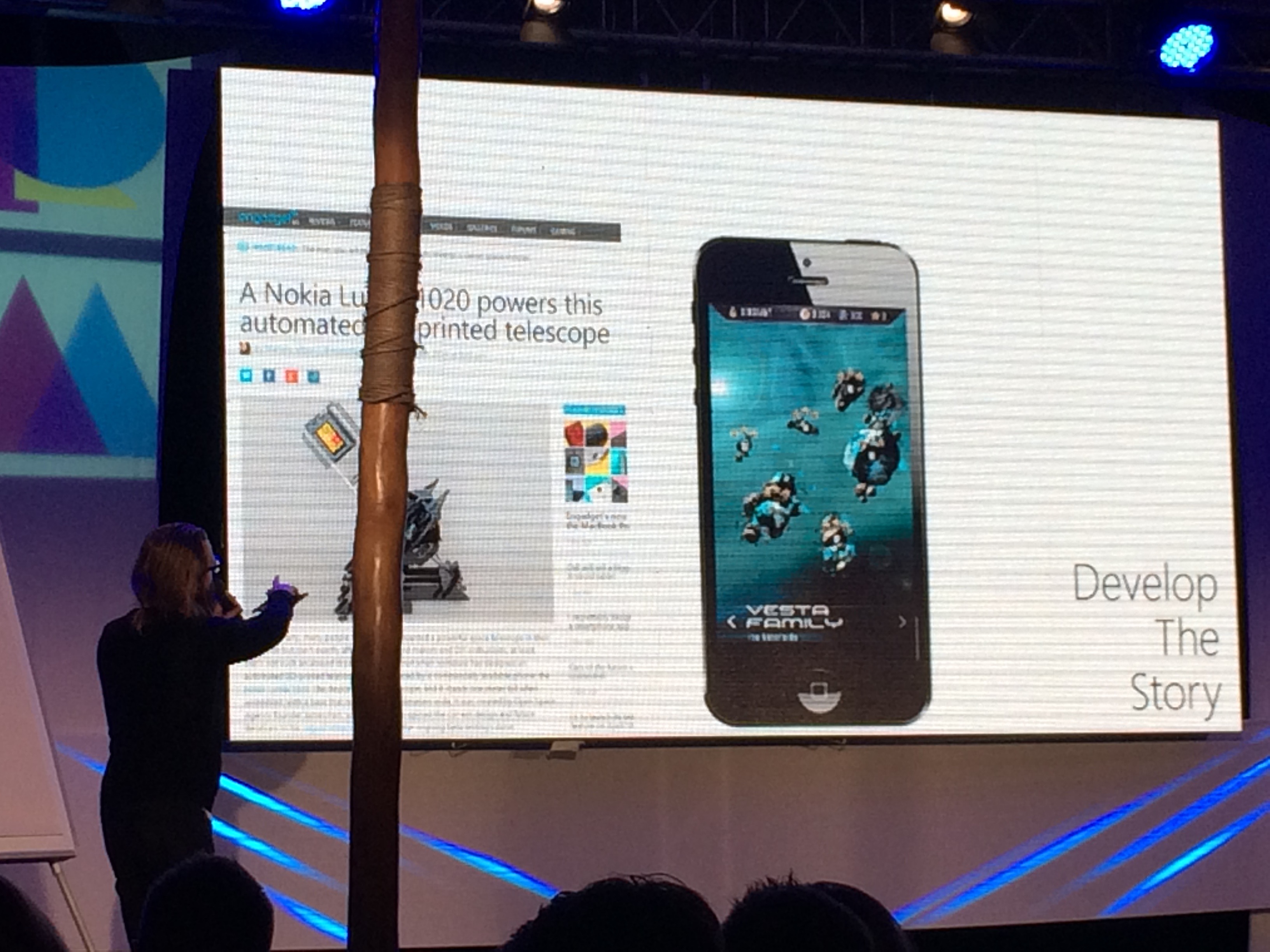 The last day of Stream, sigh. As more Streamers relaxed into the spirit, we saw increased participation in discussions and workshops - including marshmallow and spaghetti towers and competing to build the best bonfire.

The best discussion today was ‘Storytelling in Virtual Reality’. To understand how we can use VR for marketing, we need to understand where VR has evolved from - its drivers.

Throughout time, humans have been attracted to storytelling, from the earliest days of person-to-person stories, when Plato discussed the ‘Allegory of the Cave’ ‘Shadow Show’ – where people watch shadow shapes projected onto cave walls – and he asked what would happen if the audience could see the flame, the puppets; how would understanding, getting ‘inside’ the device behind the show, affect the audience’s experience? The truth is, ‘humans are always looking for something else’ and today, the ‘something else’ is VR.

The key sources of inspiration for storytelling in VR:

VR is an entirely new medium, but storytelling is ancient. Stories require building and releasing of tension - too much tension or too much resolution will lose you the audience. The same hooks apply across storytelling in film, advertising and virtual reality.

VR is very much a new field and so we can’t simply take old media and transpose or adapt it to VR. It needs to lead you through an experience that is engaging and drives empathy. And ‘empathy’ is the buzzword in VR. That is because VR is so different from other media – it has a physiological affect on the user, the brain processes it differently and so reactions are more profound. We feel the experience, not just see or hear it.

There is great opportunity in this truly exciting new field and the consensus is not if, but when, it will become a component of the future marketing mix.

Blog: The networking effect at Cannes

Blog: VR can be used for more than just brand experiences