Storytelling, in an evolutionary context, has been undeniably important to our success as a species, says psLIVE's managing director Michael Brown.

The myriad theories of precisely why this is so can bring the world's sharpest intellects to fisticuffs in the laboratory car park.

Some scientists believe storytelling evolved to help impart crucial survival information, such as where the ripest berries could be found, or where to avoid the most dangerous animals. Others believe it bestowed a peacock-like advantage in the quest for a mate - entertain your would-be partner, raise a chuckle even, and you’re in. Others yet would punch you on the nose if you did not agree that social cohesion was the reason; storytelling was the stimulus to gather around the campfire, a social act that helped to strengthen tribal bonds.

To straighten things out, I contacted Doctor Mark Coulson, associate professor in Psychology at Middlesex University; home to the BSc Psychology and Marketing course.

Mark said: "Perhaps the most interesting contemporary psychological explanation of storytelling is that it allows us to ‘simulate’ emotional responses to situations we may never have encountered. As readers or listeners we take on the viewpoints of other people, perhaps very different from ourselves.

"By sharing their stories, we learn about our own emotions. Just as rough and tumble play teaches us behaviours which help us to survive, so listening to stories teaches us psychological skills that will serve us well in the future."

What we did not foresee, when we dragged ourselves out of the primeval swamp, was that the evolutionary trail would lead us from hunter-gatherers to such occupations as working in media. 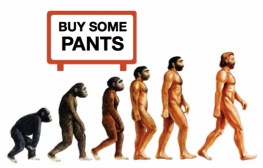 Assuming you are a fully adapted media type yourself, I am sure you would acknowledge that the ancient art of storytelling has been, and is, the subject of as much debate in a marketing context as it amongst those combative evolutionary scientists. There have been many articles on the subject. Here is yet another, hopefully, suitably evolved from its predecessors.

Earlier this year, Adidas appointed creative agency 72&Sunny in order to mount a campaign of what the brand called ‘aggressive storytelling’. Ed Pilkington, Diageo’s marketing and innovation director western Europe, stated in May that a brand’s longevity depends on its ability to tell a great story. The UK marketing director for Three, Tom Malleschatz, spoke widely this month about the brand's move into storytelling. This topic is evidently so hot right now (again) that you should be loosening a collar and opening a window as you read this.

If everyone’s at it then, just who is telling the best stories and how are the best stories told? Rick Hirst, chief executive of creative agency McGarry Bowen, creators of the fabulous Endless Road ad for Honda, offered some guidance.

"Stories have always been at the heart of great brands but in today's world, those stories have to do two things," he said. "First, a story has to grab the attention, like NOW, of the audience in that moment, in the right place and be memorable. No easy feat.

"It also needs to be cumulative - work toward a bigger, consistent narrative so that you build an enduring and deeper relationship with an audience. Simplicity is key: people don't have the time or inclination to piece together a brand narrative. It's our job to take away that complexity."

To expand on Hirst’s comments around narrative, I think a convincing case could be made for experiential as the best way to start a brand story.

Think about it. All the best stories are kick-started by an individual’s personal experience, whether that is the work of a favourite author or simply your mate down the pub regaling you about his or her hilariously bad day. To be truly engaging, a brand narrative would surely have to be similarly experience based. Adidas certainly took this approach in their recent Supercolor launch.

A reimaging of their famous Originals trainer in 50 amazing shades by global superstar Pharrell Williams, who is (according to the story) a man with Synaesthesia, a condition that jumbles the senses in a spectacularly artistic fashion. The effect on Pharrell means he experiences sound as colour.

Here you can see the beginnings of a plot that is ripe for development. In this case, into a live experience in which people could use Twitter to control the colour palette of a dramatic light display choreographed to music. The plot also involved DJs, drones, arcs of floodlights strafing the skies over London, a live link up to Pharrell himself and a floating sound stage in Hackney Reservoir. Guests were immersed in an interactive sense in the story as it unfolded, and it gave them content assets enabling them to retell the story to their social peers. 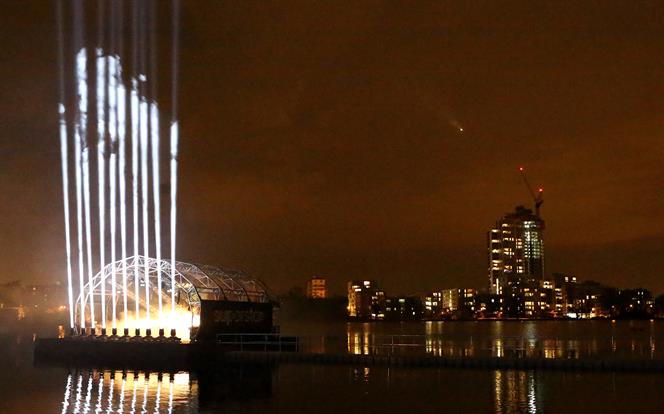 This approach mirrors the oral traditions of storytelling in which a listener would hear a story, embellish it with their own experiences and pass it on. The listener becomes the storyteller and so on. This is marketing: plugging straight into, or simulating the ancient hardwiring of human behaviour to better chime with modern audiences. You may recall both the Canon and Captain Morgan case studies from my last blog on real time experiential.

Both campaigns mimicked the oral traditions of storytelling by giving the audience their own assets so that they too could become the storytellers.

Whether or not such case studies build a credible case for experiential as the prime mover in starting a brand story, the psychology would also appear to be with us, according to my interpretation of Dr Mark Coulson’s further words on this subject.

He said: "When we are engaged in a story, at whatever level, we come to share the experiences and feelings of the protagonist. The more engaging the story, the more we share. Books, movies, many forms of advertising are largely passive media, uninfluenced by our actions.

"Anything as a medium that is interactive, more responsive, which may include media such as computer games or forms of advertising such as experiential or social, is consequently more engaging. The opportunities for such media to further enhance the ways in which we become part of other people’s stories are an untapped and exciting frontier."

However we choose to tell a brand story, Hirst had both the last word and further guidance for us: "What we have at our fingertips are more tools, more opportunities and more ways in which we can tell a brand story.

"Whether a big cinema ad, an amazing interactive experience, or a surprising piece of PR, a great story can be a powerful way of communicating a brand's message. The key in that last sentence though is the word 'great'. There's no such thing as a bad story well told."

Michael Brown is MD of psLIVE.

More: Blog: A view from Australia

Boots, Diageo and M&S among partners at Queen's street party

Blog: Making the most of festival experiences