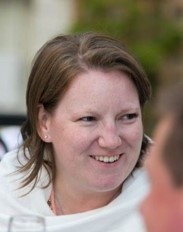 McCosh joined the business in February 2016 as global head of marketing services, based in Melbourne. She previously spent five years in Australia in marketing roles for Mondelez and its predecessor, Kraft.

Prior to this, she held marketing roles for RB, Nestlé and Cadbury in Slovenia, the US, the UK and Ireland.

McCosh replaces Caroline Thompson-Hill, who has moved to California to become vice-president for international brands at the Australian company.

"Not only has she led marketing functions in some of the world’s biggest food and drink companies but more recently, she has been of the key leaders in setting TWE’s global marketing strategy – so it’s a big win for me to have her join my leadership team, and lead the roll-out of our exciting brand marketing plans over the coming year."