BMW has taken Snapchat's new augmented trial lens for a spin by letting customers "try" out the X2 by customising its colours, viewing it from all angles and changing its location.

This is being done before the new BMW X2 hits showrooms.

This is collaboration with Snapchat is an interesting one for the luxury automotive brand considering Snapchat's users are predominantly millennials.

The new lens is accessed by swiping up on a BMW Snap Ad that appears on Snapchat in the UK, the US, Germany, France, Italy, Spain, and Canada.

It can also be unlocked by scanning a Snapcode (below) with the Snapchat Camera. 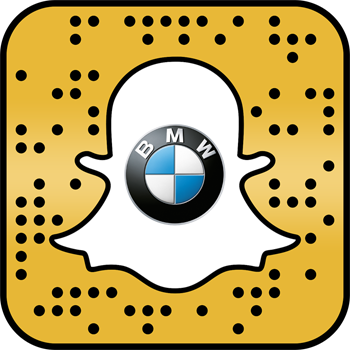 "Snapchat is young and modern – which suits BMW and the BMW X2 perfectly," Jörg Poggenpohl, head of Digital Marketing, BMW. "We are enriching Snapchat users’ digital experience through content they find appealing, with a high recognition value. We wanted to insert ourselves in an organic way into the Snapchat environment and its users’ world. That is the most meaningful way to address our fans in a style that fits the channel and the target group."

This isn't the first time BMW has worked with Snapchat. In early November, the brand ran a Face Lens campaign so Snapchatters could paint their faces in the "exclusive BMW X2 Galvanic Gold finish" if they so wished.

Available to Snapchatters in Germany, France, Italy, Spain and the UK the Lens was seen over 40 million times by over 13 million Snapchatters.

Snapchatters chose to play with the Lens for almost 24 seconds, creating over 2.5 million Snaps with the Lens.

Beware of the Snaplash: Social media faces up to 'true-self' conundrum

Snapchat and Shazam team up for Stranger Things AR lens