The sanitary products brand has topped an outstanding year by scooping The Marketing Society accolade for its "Blood normal" work. Martina Poulopati discusses the brand's approach.

Bodyform has paid tribute to consumers for driving its groundbreaking advertising after it was named The Marketing Society Brave Brand of the Year, in association with Campaign.

The brand, known as Libresse in other markets, became the first advertiser to depict period blood truthfully in advertising in last year’s "Blood normal" campaign, which was created by Abbott Mead Vickers BBDO.

After an initial version of the film met with strong resistance from broadcasting authorities in several countries, it was reworked to incorporate this fact into the ad itself. 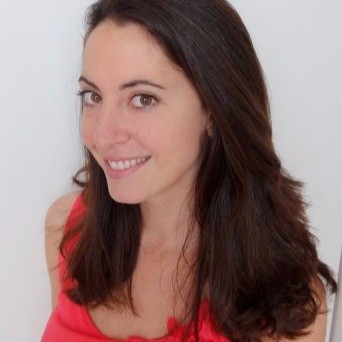 Speaking to Campaign, Martina Poulopati (right), global brand communication manager at Bodyform owner Essity, said that, while the brand’s strategy was concerned with breaking taboos, this didn’t constitute bravery in itself.

The brand’s approach "starts with the people that buy our products, it’s all about them", she said. "It means truly listening to them, respecting them, figuring out what can you do that’s meaningful for them, even if that means getting out of your comfort zone and taking risks to make that happen. Importantly, we would never want to break taboos at the expense of women feeling understood. We’re not in the business of shocking: it’s all about empathy."

The campaign was inspired by global research by Bodyform, which found that hiding a period was an almost universal experience for women, with 90% saying they had done so. Almost half, meanwhile, said they had been period shamed – and more than half of teen girls would rather be bullied than tell their parents about their period.

Though Essity’s media budget is dwarfed by its main competitor P&G – the world’s biggest advertiser – "Blood normal" has achieved an exceptional ROI, above 13. Poulopati said the brand’s strategy had "differentiated our brands in a cluttered category where advertising continues to fail to cut through and be noticed and remembered. But if you try and become outstandingly meaningful to your audience, that’s when you can punch above your weight."

Poulopati added that she hoped Bodyform would pave the way for brands in other categories to drive change in social attitudes. "The feminine care category is not the only one that perpetuates harmful stereotypes of women and men, and people are starting to see through that, they just don’t relate to these stereotypes anymore," she said.

"We’ve seen a brand [Friction Free Shaving] showing body hair a few months ago for the first time in advertising of female razors – it’s good to see how others can make historical corrections and set the record straight. Body hair are not abject, and shaving them should remain a choice."

Bodyform won its latest accolade after emerging victorious in a vote of more than 500 senior marketers from a shortlist of five brands, with the others being the Army, Skittles, Sky and Ugly. They had been chosen from an initial list of 20, which also included heavyweights such as Tesco, Lloyds Bank, Nike and Lego.

"Blood normal" scooped the Grand Prix in the Glass Lions at Cannes this year, as well as a Titanium Lion – one of only six awarded. It was also a double winner at the Campaign Big Awards in October. In June, the brand won three awards, including the Grand Prix, at The Marketing Society’s Excellence Awards.

"Blood normal" followed 2016’s "Red.fit", which showed the blood that came from the wounds and blows that come from taking part in sport and compared these to periods with the line "No blood should hold us back".

In November Bodyform/Libresse released its follow-up – a spot celebrating vulvas to promote its intimate shower gels.

AMV and A&E/DDB most shortlisted at Big Awards

Harmful gender stereotypes in ads to be banned from June