Click here to vote for your favourite agency Christmas card

'Tis the season to be digitally resourceful as Campaign rounds up this year's agency Christmas ads. Vote for your favourite below.

AKQA has created the Bondfire app, which encourages people to pile their phones together in a bid to create a digital fire.

Available via Android and iOS, the Bondfire includes the sound of crackling flames and even claims to evoke “the warmth of a real fire”.

It was created by Arendse Rohland. 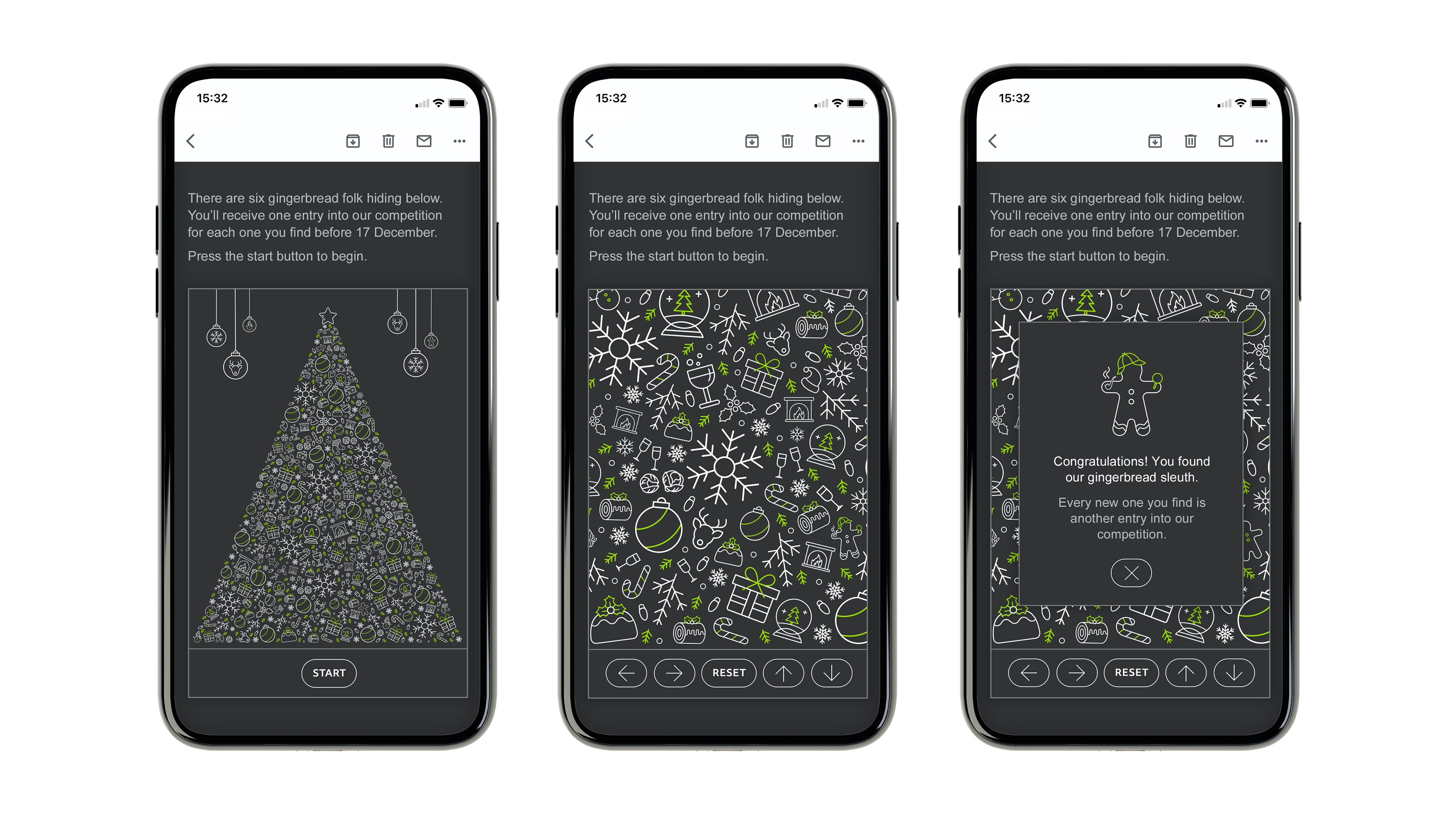 For each gingerbread character found, the viewer is entered into a competition, with prizes including a bibliotherapy session from the School of Life, £250 National Book Tokens and a year’s supply of tea or coffee. 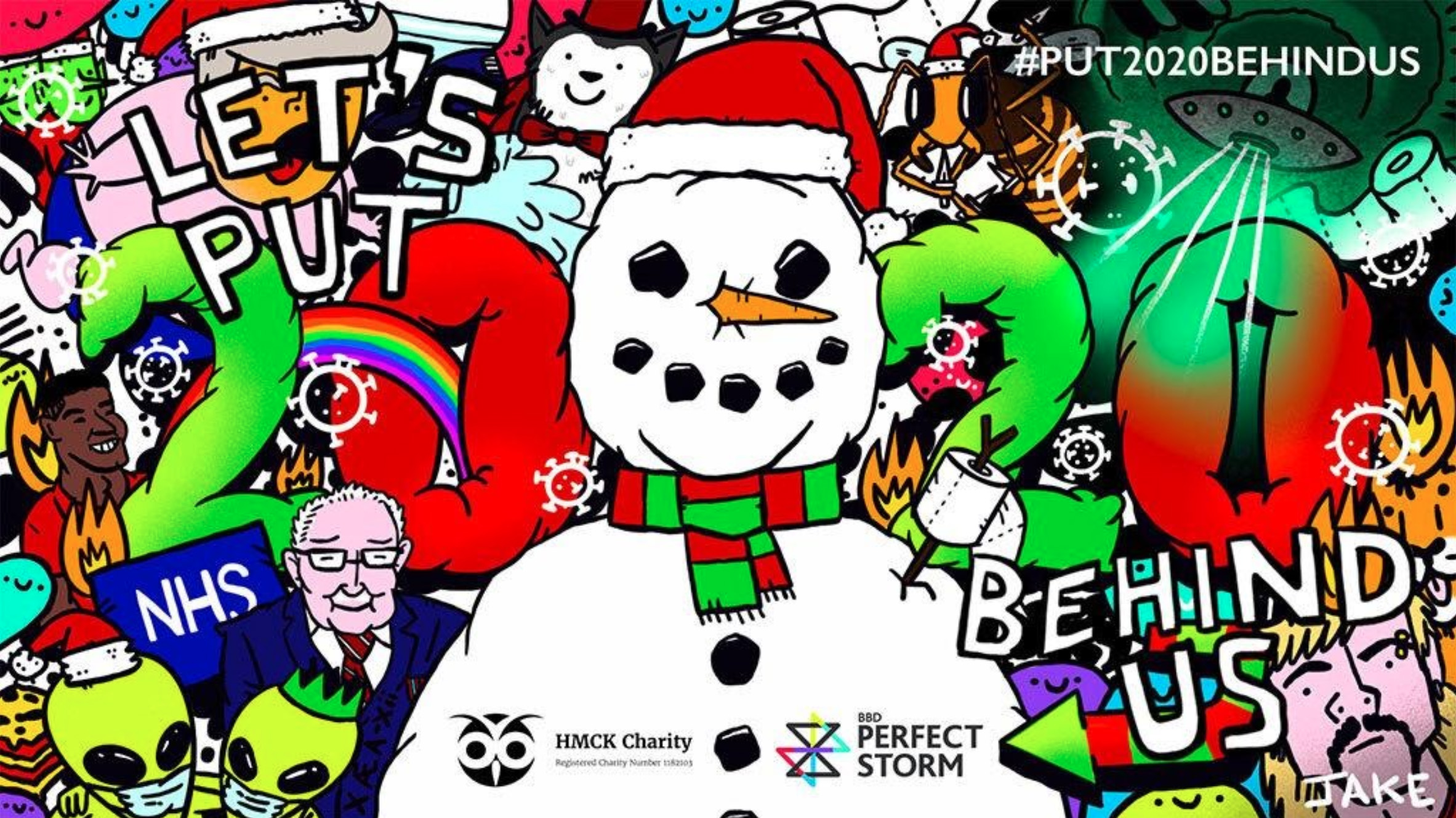 The card features face masks, a snowman, Tiger King’s Joe Exotic and the coronavirus; and viewers are encouraged to download the image to use as a background on video calls. 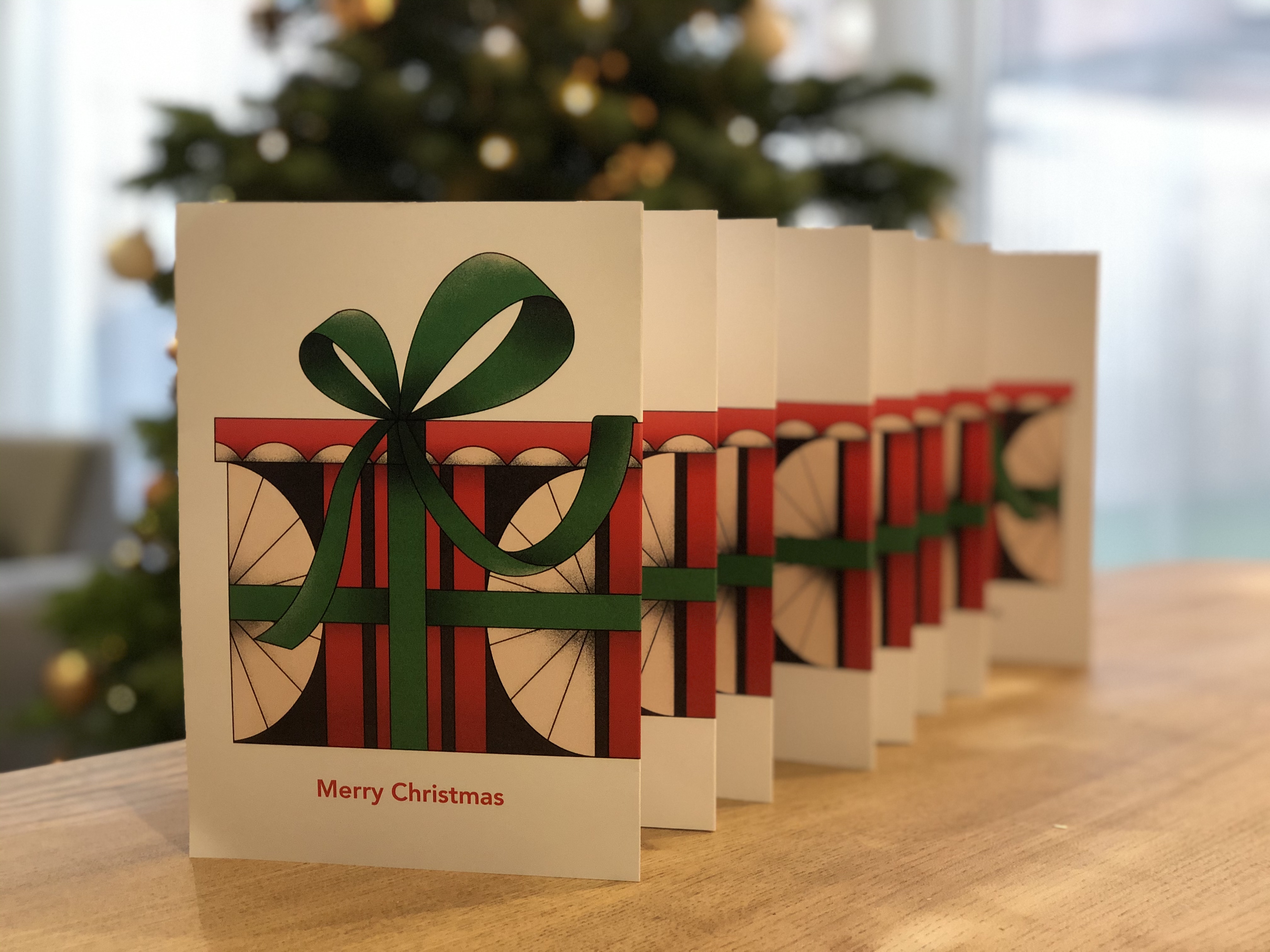 Chapter encourages a socially distanced holiday with two metre-long festive cards, which extend to reveal a wrapped present and a Christmas cracker.

The cards were illustrated by the agency’s own Abbie Reilly.

Content creation agency Flashmat has partnered Sustainability Champions to create a “Sustainable Xmas” Instagram filter, which focuses on small gestures that members of the public can carry out to better protect the planet, from decorating with biodegradable glitter to eating leftovers from Christmas day. 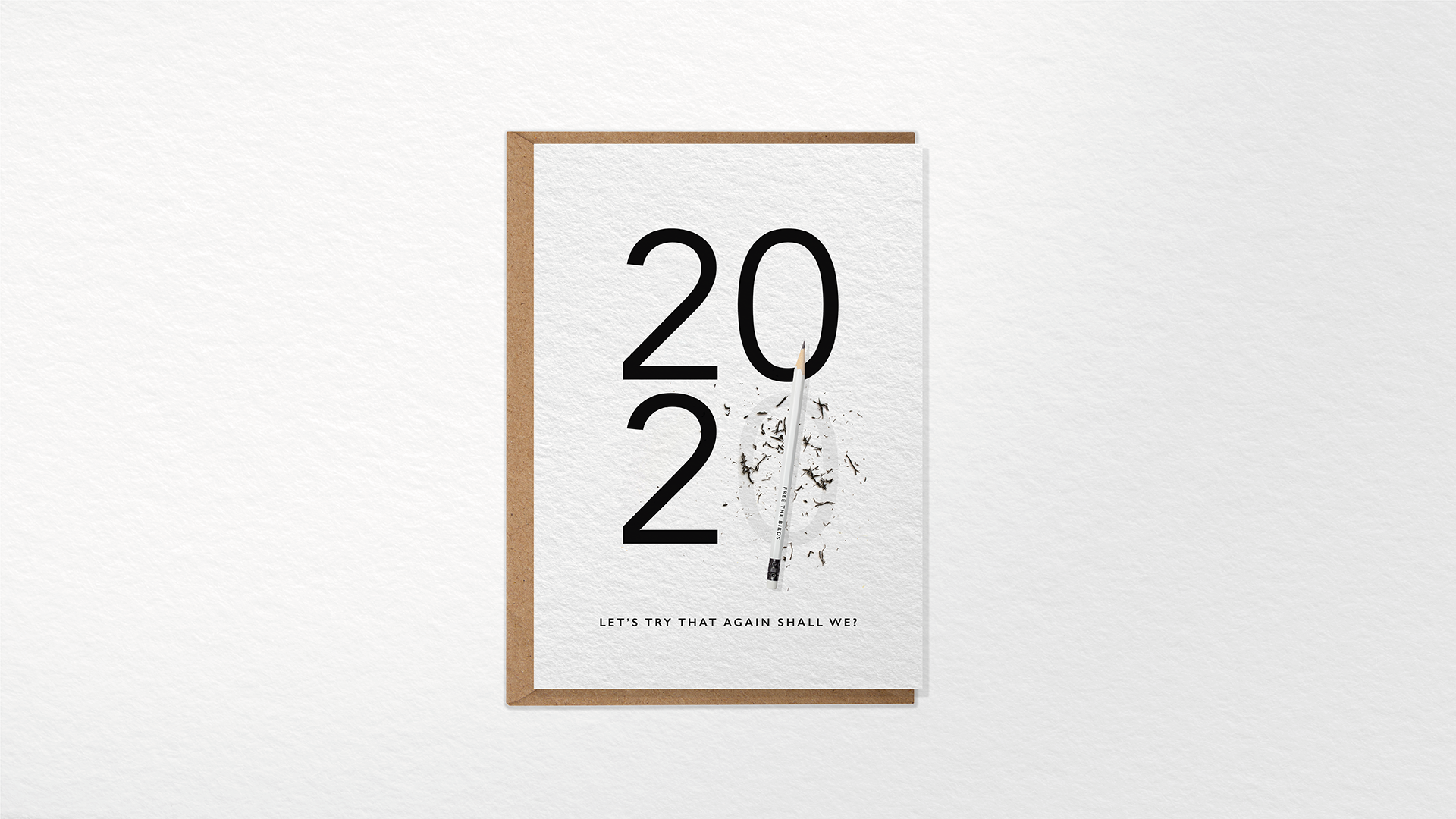 Design agency Free The Birds is one of the few agencies to design an actual card this year, which jokes about erasing 2020 from our lives altogether. 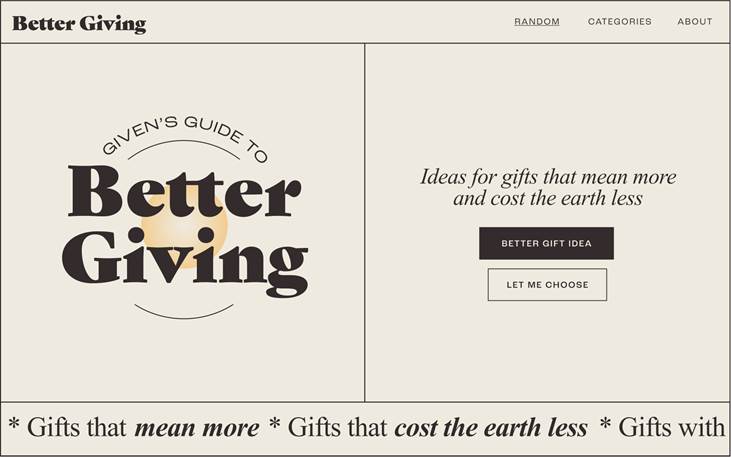 Given has created a virtual “Guide to better living”, which features a selection of mindful Christmas gift ideas such as secondhand items and homemade goods.

Good’s virtual Christmas card shows adorable cats and dogs as they act out the lyrics to East 17’s Stay Another Day, in a bid to highlight the needs of animal shelters. 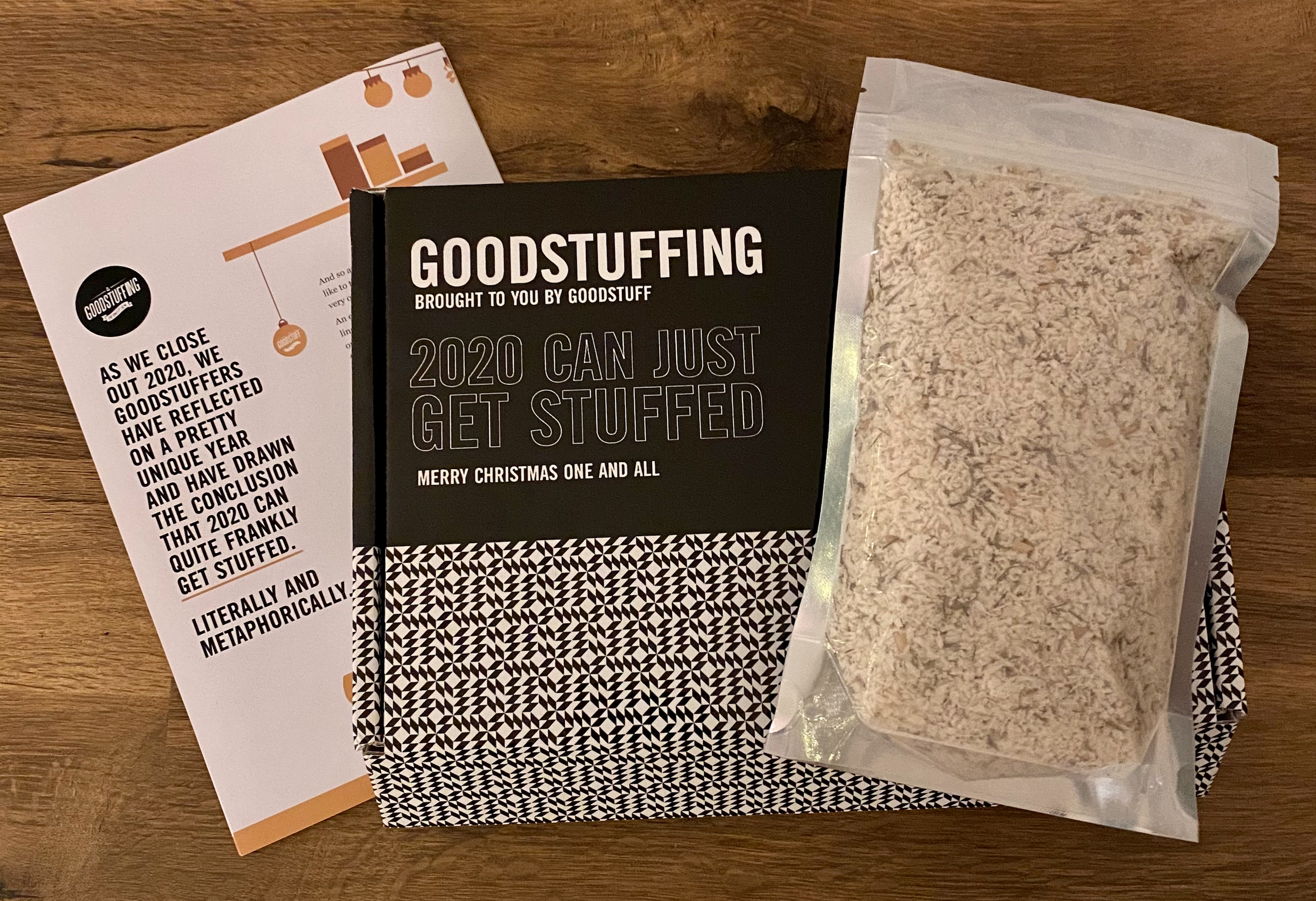 2020 can get stuffed with Goodstuff’s literal bag of stuffing.

The card comes with a series of recipe tutorials – including sandwiches, mac ‘n’ cheese and a stuffing kiev – which can be accessed via the agency’s Instagram page.

With the weather set to take a dreadful turn, Great State is sending its clients and staff woven scarfs in what the agency is calling “The great Christmas wrap up”.

Each scarf is a visualisation of a positive statistic from this year, such as growth in pet adoption and the decrease in nitrogen dioxide levels in the air.

Isobel has created bobbleheads of all its staff members to shoot a Covid-appropriate version of its Christmas card, which is set in a replica of the agency’s London office. 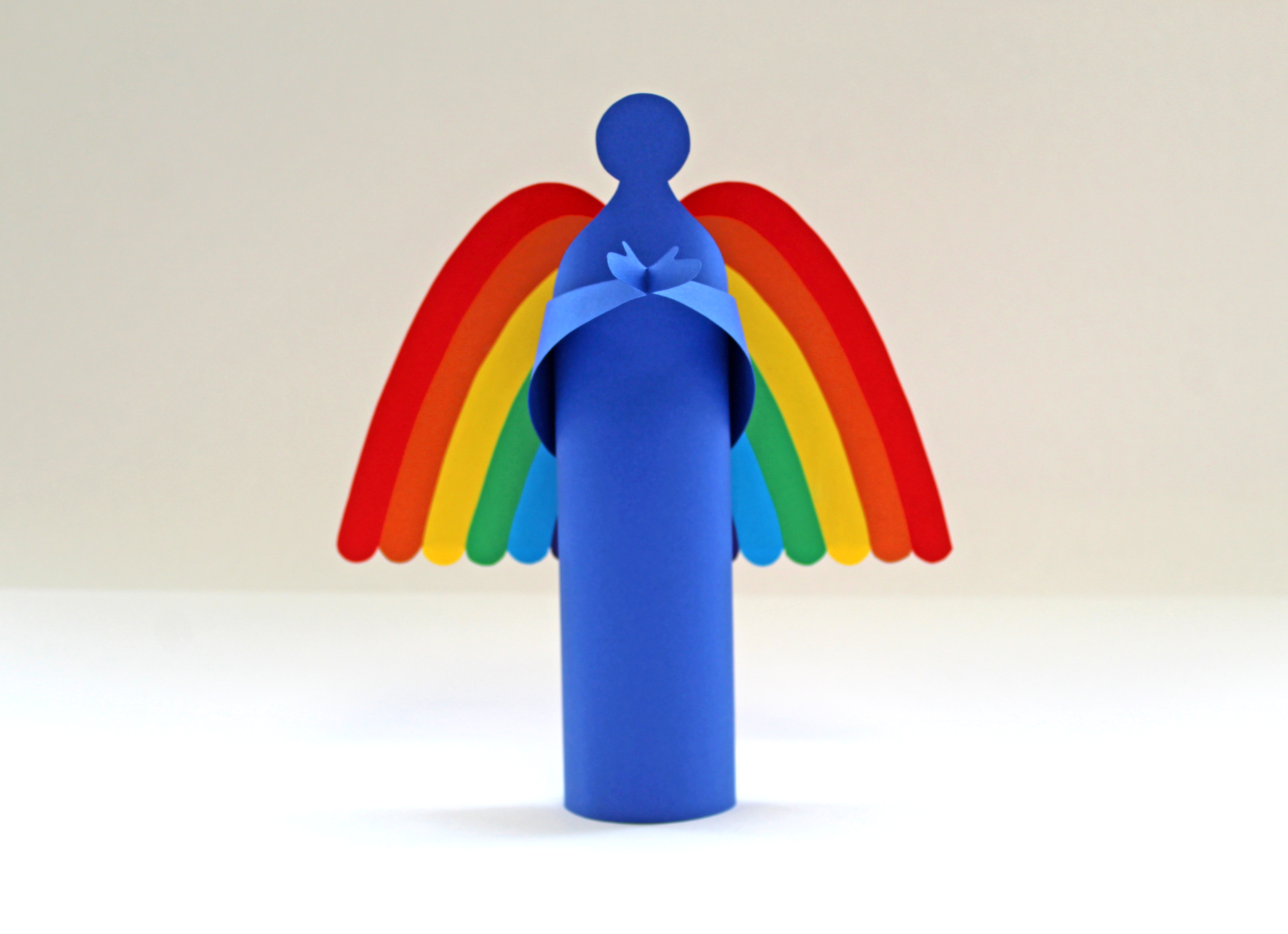 Joint has partnered paper artist Samantha Quinn to create “NHS angels”, which members of the British public can put on top of their tree to celebrate the efforts of frontline workers this year.

The design can be made at home via the “NHS angels” website, which is also accepting donations on behalf of Our Frontline – a charity that provides mental health and bereavement support to NHS workers. 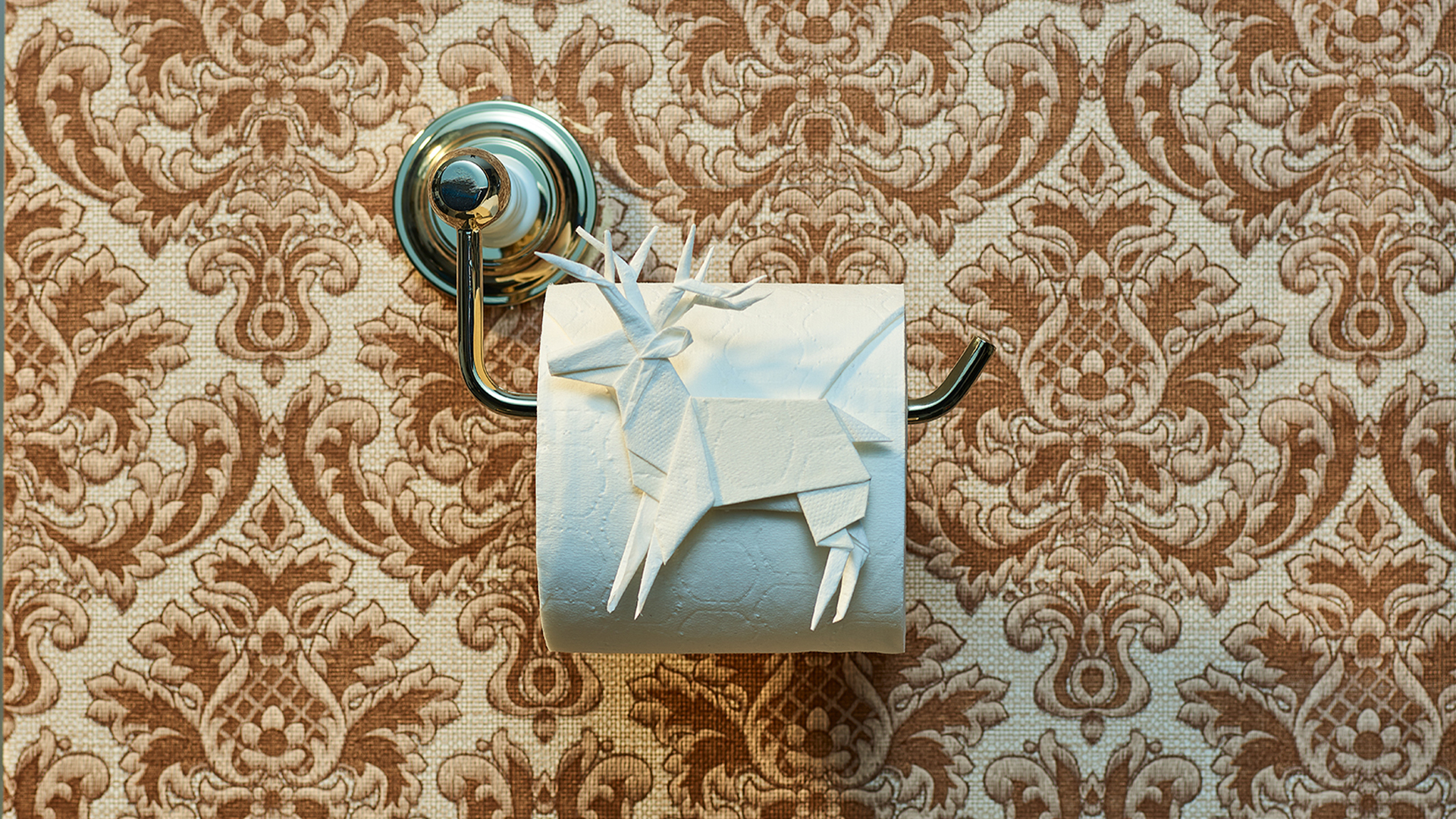 Inspired by this year’s most stockpiled item, M&C Saatchi’s Christmas card features loo rolls made into origami shapes including a tree, a reindeer and a snowflake.

Each card comes with the message: "To all those who made the best of it”. It was created by Ieva Paulina. 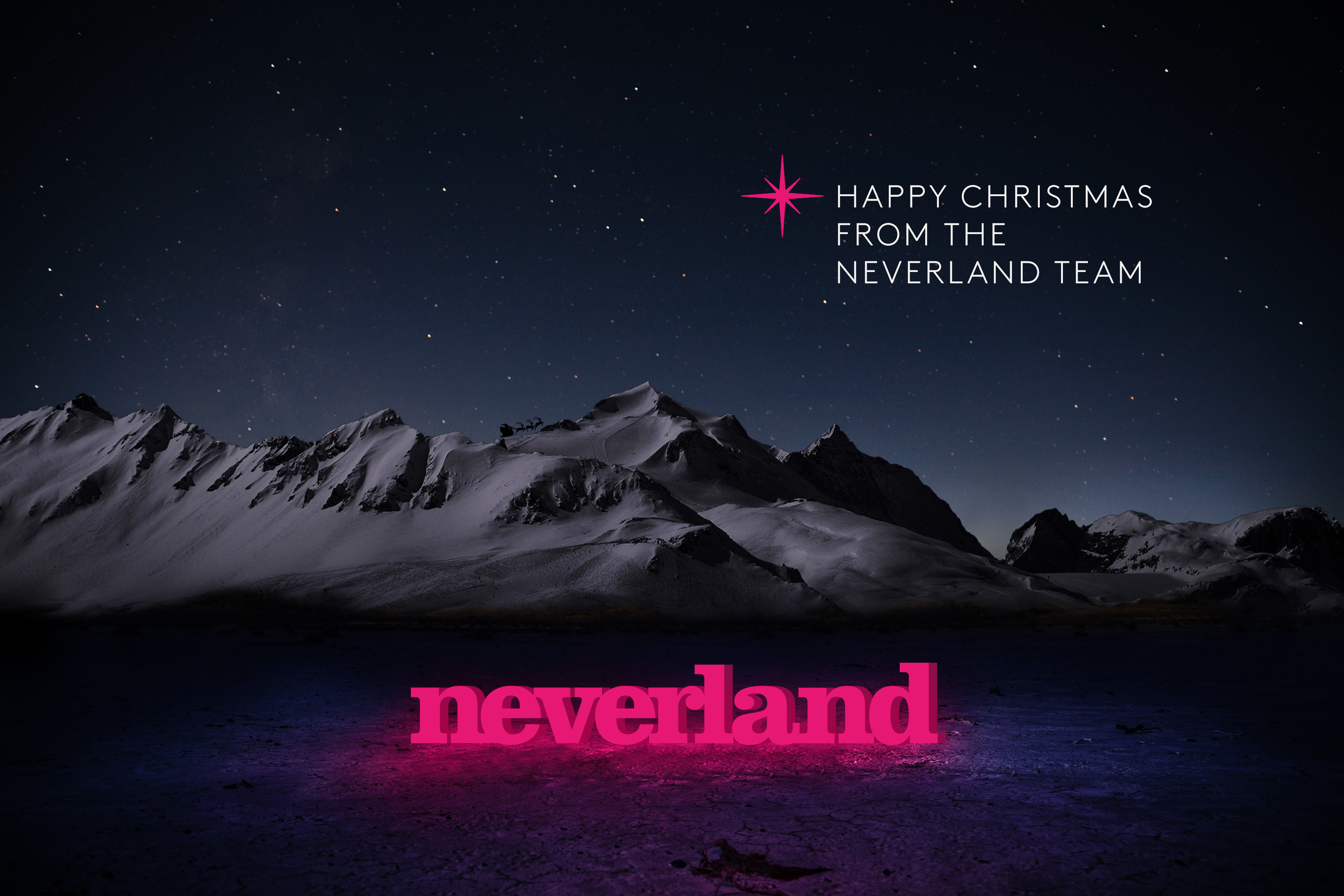 Neverland has bought a real star as a (rather strange) way of thanking its clients.

Named in tribute to Heck Foods, “Galactic Sausage” is positioned near Canis Major, where the agency has also named a star for Campaign: “Star in Their Eyes”.

Each client has been sent official deeds to their stars – including “The Gold Star” (named after Solgar) and “The Clotted Creamy Way” (named for Kelly’s of Cornwall) – which allows them to locate their star in the night sky.

Try it out for yourself by searching “#MerryChristmask” on Instagram. 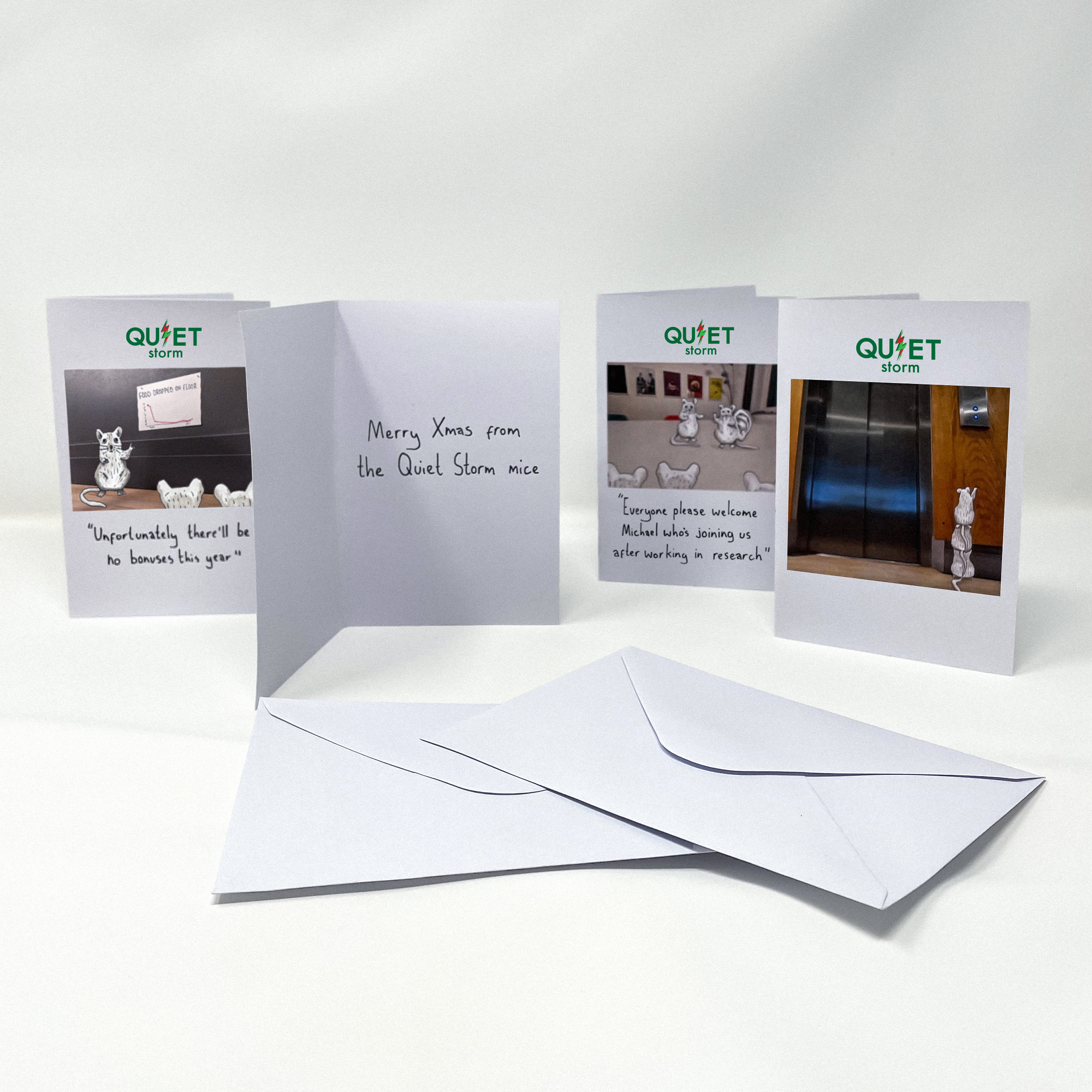 Quiet Storm celebrates the mice of London’s offices with this year’s Christmas cards, which shows the adorable creatures as they continue graft away in the Big Smoke’s (now desolate) workspaces.

The agency's "Mice of advertising" cards were created by Thomas Wykes and Meghan Shuttlewood. 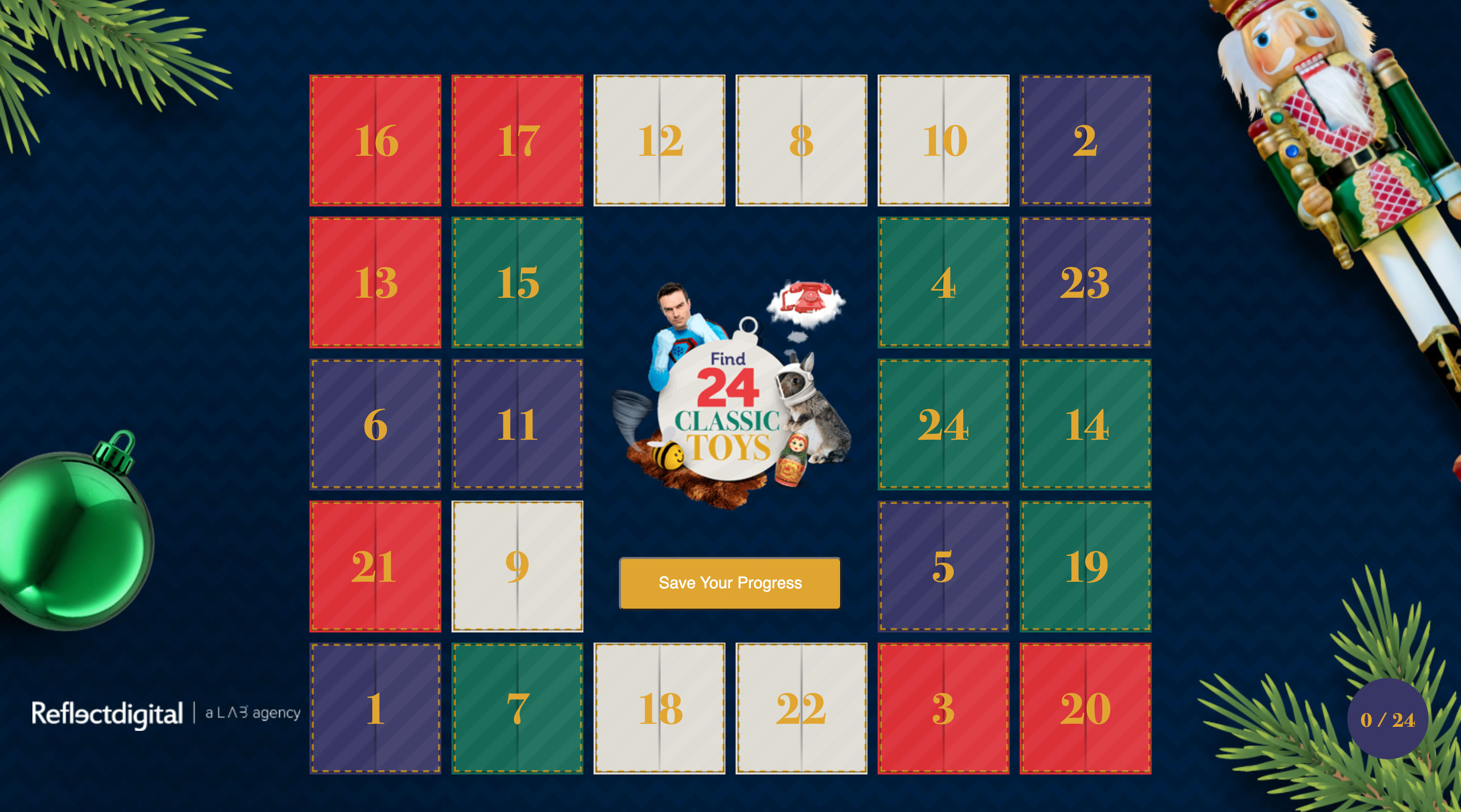 Lab Group agency Reflect Digital created a digital advent calendar which tests viewers on their classic toy knowledge, with appearances from a Pogo Stick to Playmobil.

Clues can be found daily on the agency website. 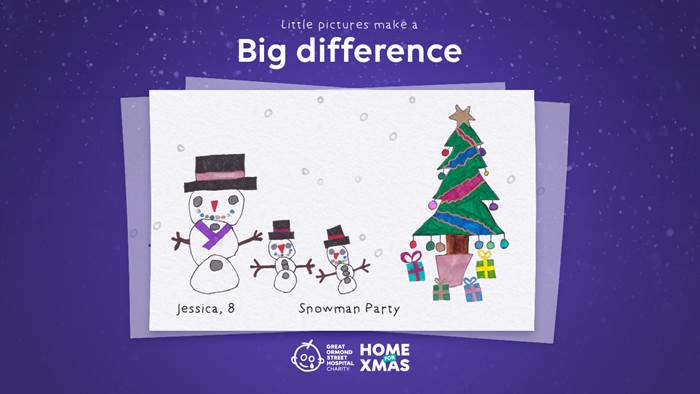 The pro bono cards were. drawn by young patients at the hospital, and all money raised will go to providing support to allow seriously ill children to spend Christmas at home with their families.

Members of the public can send digital cards via the hospital’s website (donations are encouraged).

Tribus Digital has released its Christmas card in the form of a festive game, Sprout Flicker.

Following a similar structure to smartphone classic Paper Toss, the game invites players to (you guessed it) flick sprouts into various festive nooks, including a mitten and a wreath.

VCCP’s digital card stars the agency’s mascot (an animated bear) as it received a gift from a high-spirited ice-skater. 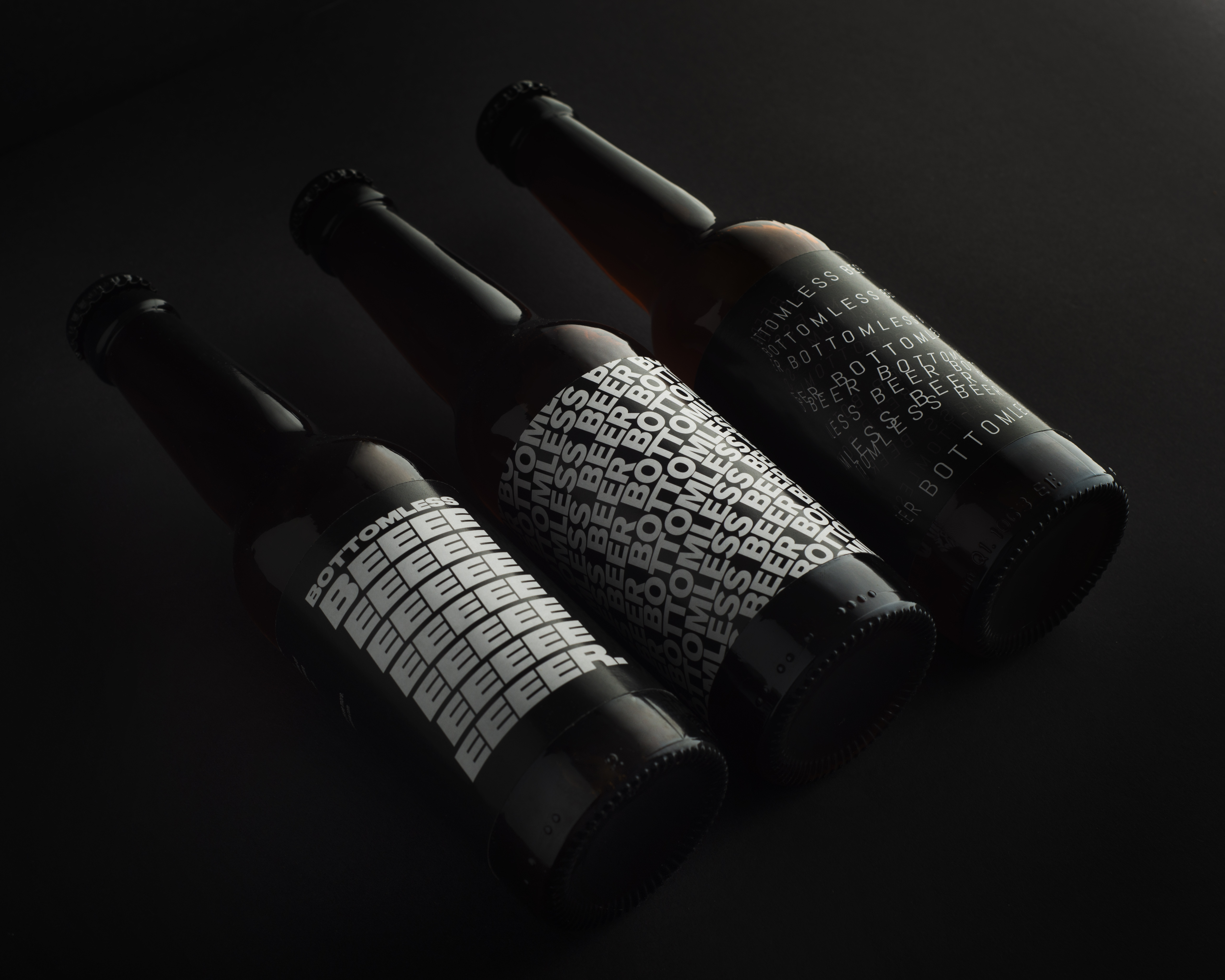 Waste has opted for some liquid courage this Christmas with its personalised beers, which include a Pale Ale, a Sloe Berry Sour and a Marmalade brew. 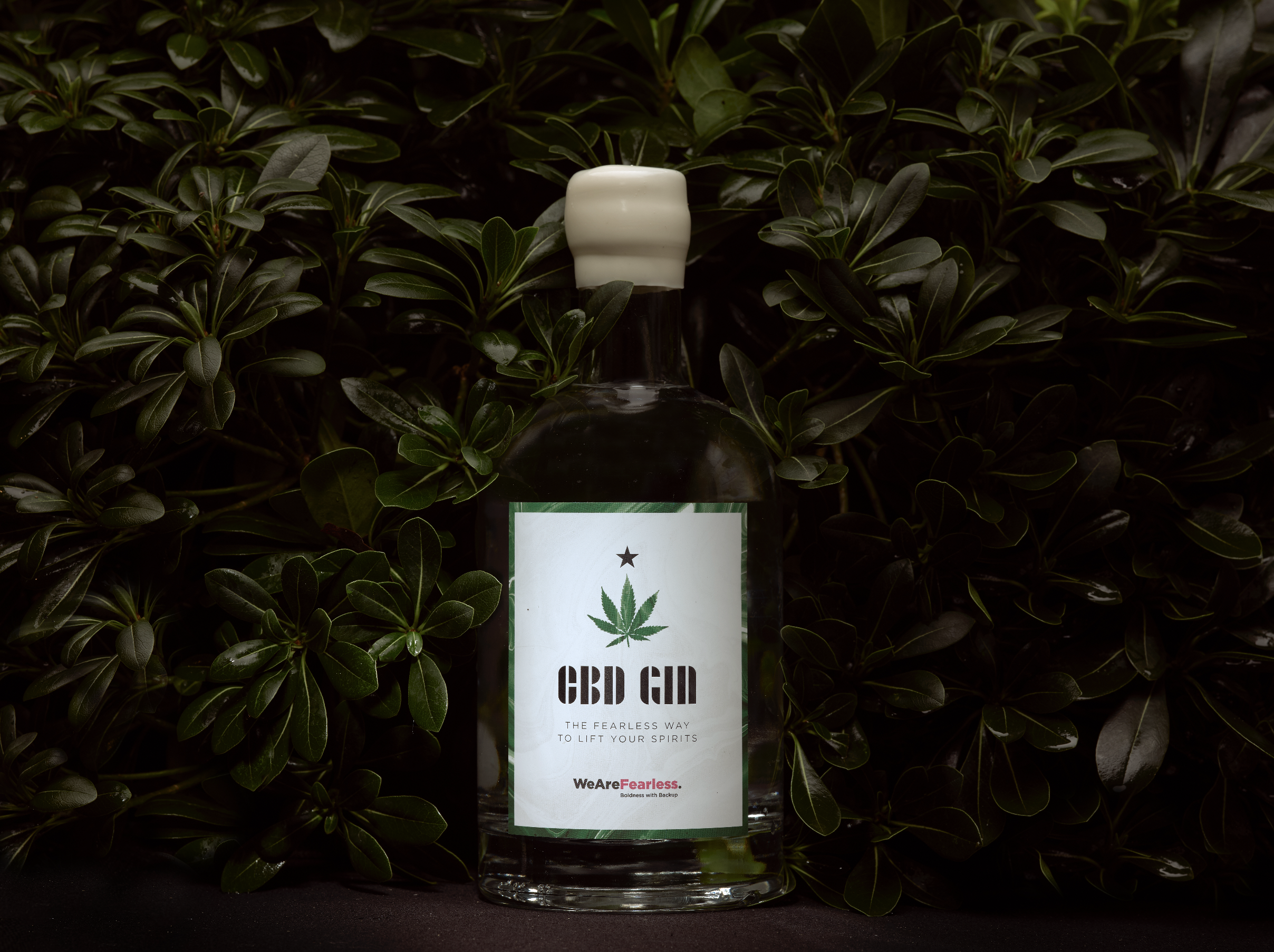 Fearless is encouraging some relaxation this Christmas season with the gift of CBD gin, which is used to alleviate stress and enhance mood.

‘Tis the season to be jolly. 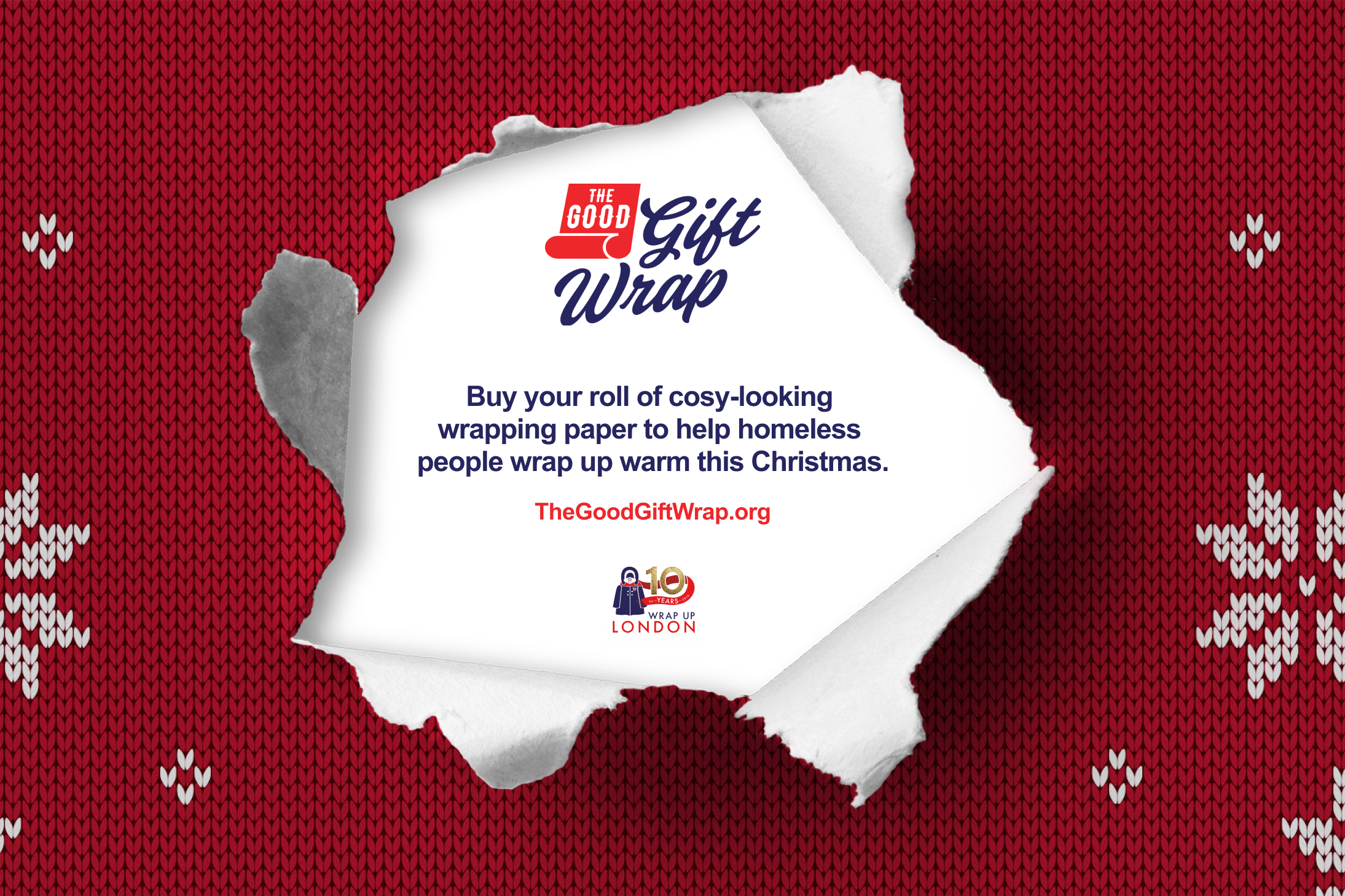 Wunderman Thompson has partnered with charity Hands On London to create the homeless charity’s campaign, “The good gift wrap”.

The campaign encourages members of the public to buy cosy-looking Christmas wrapping paper (created pro bono by the agency), £1 of which goes directly to ensuring warm coats are collected and delivered to people sleeping rough on London’s streets.

People can also donate to the charity via the charity’s Just Giving page. 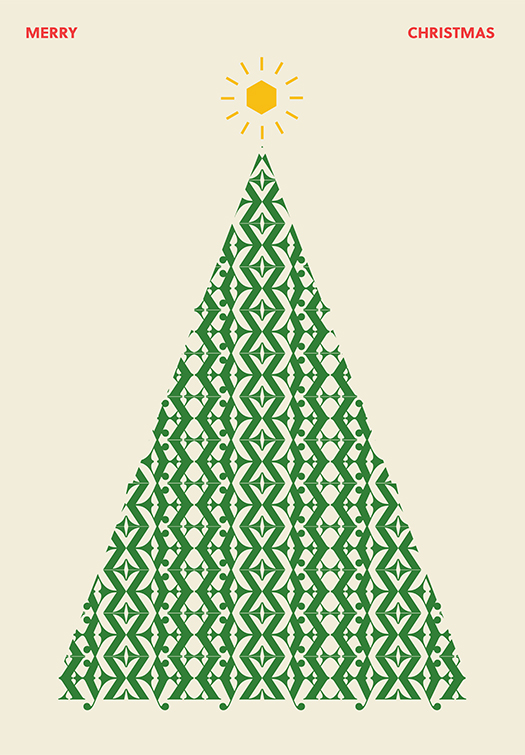 XYZ looks forward to the prospect of a somewhat normal year with a digital card featuring an avant garde Christmas tree.

Click here to vote for your favourite agency Christmas card

Vote for the best agency Christmas card of 2019