Three industry figures review some of the best books for marketers to read this summer. 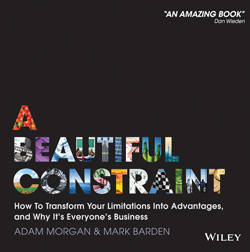 By Adam Morgan and Mark Barden

Adam Morgan’s Eating the Big Fish genuinely changed my working life. It gave me a personal philosophy that drives my overarching approach to marketing, has influenced the type of brands I wanted to work for and, in turn, shaped my career.

So, it was with great enthusiasm and some cynicism that I launched into A Beautiful Constraint. Could it add to what had gone before, or would it be the same old theory repackaged and jazzed up for a new generation?

Limitations is the theme running through this book, and examples go beyond budget, in, for example, considering tech, time and people. It proposes that these constraints can be transformed into "beautiful constraints" and competitive advantage.

In addition to the theory, there are clear steps to implement in your own workplace to help with the constraints you may face. One that feels particularly powerful is introducing a ‘can-if’ mindset – changing "we can’t because…" to "we can if…".

There are tons of inspiring and interesting case studies. Did you know, for example, that asking Games Makers at the London 2012 Olympics to wear giant foam gloves was a "beautiful constraint", created to overcome the lack of budget for extensive digital signage to help direct crowds?

As we are stretched in more directions than ever, this is the perfect time to broaden out from the original challenger brand classic. It will inspire, guide and challenge you to find your way around – if not over – that hurdle you currently face.

For that, Adam Morgan and Mark Barden, I take off my hat to you and offer my thanks. 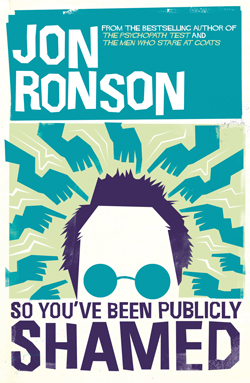 So You’ve Been Publicly Shamed

Do you recall the name Justine Sacco? One of her tweets may be more familiar to you. In December 2013 the PR executive wrote: "Going to Africa. Hope I don’t get AIDS. Just kidding. I’m white!" as she boarded a plane to Cape Town. By the time she landed, 11 hours later, she was the subject of a worldwide Twitter storm.

Sacco is one of the subjects of So You’ve Been Publicly Shamed, journalist and broadcaster Jon Ronson’s new book on "the great renaissance of public shaming". In Sacco’s case, she says she was making an ironic – albeit massively ill-conceived – joke about the "bubble" in which Americans live. "To me, it was so insane a comment I thought there was no way anyone could possibly think it was a literal statement," she explains.

Sacco lost her job and her life fell apart. Other ‘shamees’ in the book suffered similarly. But what interests Ronson more is the motivations of the shamers. "When shamings are delivered like remotely administered drone strikes, nobody needs to think about how ferocious our collective power might be. The snowflake never needs to feel responsible for the avalanche."

There’s a lesson in there for today’s brand custodians. That "ferocious collective power" means a single customer’s bad experience can create more attention than a multimillion-pound ad campaign. To use Ronson’s metaphor: to avoid an avalanche, pay attention to each individual snowflake. 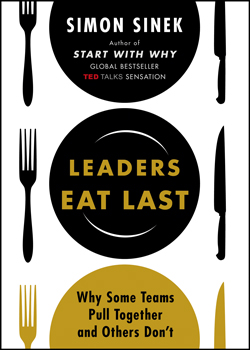 Culturally game-changing, the message of this book hits hard because it’s about people – their happiness, success and wellbeing. For many, tackling culture within a business is one of the biggest challenges; it takes time and, most importantly, you need to really want it. This book will make you want to try.

The central theme is focused on building a "circle of safety" from within. It’s this circle that protects the people within the company by holding the enemy outside. Within it, relationships and behaviour, based on trust, can survive anything and fight off any enemy.

It is a leader’s responsibility to build this circle. The book gives practical advice, such as how to help people you manage feel happier and more satisfied, and leadership lessons based on the insight that "customers will never love a company until the employees love it first".

There is a balance to be struck, however, and there are moments where you might question how far Sinek is swinging the pendulum versus the reality of daily business. But then he drops in another example of where the circle has led to amazing and heroic acts (literally saving lives), from the military, to gazelles protecting themselves from attack, to turning a company’s fortunes around.

The book really makes you think about the people in your organisation, the culture, how you lead and the decisions you make. Let’s face it, how many of us wouldn’t sign up to "a world where almost everyone wakes up inspired to go to work"?

Book review: Theory vs case studies - do as I say, not as I do

Summer reads: Eight essential books to dip into over your holidays

Book review: Gamechangers helps brands focus on the 'why'

Pause, observe and take decisive action in the social universe

The cloud: it's not about technology, but economics