Surging online ad spend is providing rich pickings for fraudsters, so how can Asia’s marketers and agencies navigate safe passage through the digital battleground?

The ongoing issue of fraud in digital advertising is a big cause for concern for Anindya Dasgupta. "The global numbers are staggering," says the global chief marketing officer of Fonterra. "We haven’t been able to pinpoint the number for Asia-Pacific, but if you assume the global statistic of one in three ads being fraudulent is somewhat valid for Asia, then that represents significant wastage for us."

It is an issue the dairy products company is acutely aware of, as it embarks on a concerted push toward digital in its marketing efforts.

Dasgupta shares that the company typically splits its ATL spend 90-10, with the lion’s share going into broadcast media. In some markets, 100 per cent of ad spend goes to TV. "But moving forward, especially in markets where we are the challenger brand, we’re looking to shift that ratio to as much as 50-50 between digital and TV," he adds.

The topic of fraud in digital advertising encompasses a broad range of issues, from fake clicks and inventory from publisher websites, to inflated traffic numbers and the lack of transparency in spend breakdowns in agency-to-client reporting.

But despite the high profile of this issue, comprehensive stats and data are hard to come by.

As Anthony Ho, marketing director of media, digital and consumer engagement, Greater China, at Mondelz International, states: "Nobody could truly claim to have a complete grip of the extent of the problem, just that it does exist."

Indeed, a search by Campaign Asia-Pacific for a comprehensive window into the situation in Asia proved a difficult endeavour, with only a smattering of data points available.

"The fact that no one really knows is a reflection of how bad it is or it can get," says Henry Stokes, Asia-Pacific vice president of client development at Xaxis.

There are some pockets of research that offer a glimpse into the situation.

A report by R3 and RTBAsia released in October 2015 estimates that between 15 and 20 per cent of China’s 10 billion daily impressions traded in ad exchanges are by non-human bots that register impressions or click on ads.

Looking at mobile-app click fraud specifically, six out of the top ten countries with the highest rate of click fraud are located in Asia, according to the 2015 Apsalar Fraud Index.

The global average for fraudulent clicks is 2.57, which means that for every legitimate installation of an app, there were 2.57 unexplained clicks.

And when assessing the rate of clicks per download versus the global average, Hong Kong has the highest figure, indexing at 318, followed by India (282) and Indonesia (225). Singapore also made the top ten at 141, while the lowest figure came from Germany, with 29.

George Patten, managing director and global lead for media management at Accenture, says the firm often sees campaigns that have levels of non-compliance stretching over 50 per cent.

"This means that 50 per cent of the media budget is placed incorrectly. Unless this is reported, and it often is not, then all pricing related to digital such as CPC and CPT could be incorrect by 50 per cent," he says. "Or put simply, 50 per cent more expensive than the client believes it to be".

Grace Liau, Vivaki’s general manager for Asia-Pacific, points out that there are data points that highlight Asia’s growing pains when it comes to click fraud. "But it is still hard to quantify," she says. "In this region, brands still focus predominantly on clicks as metrics, which greatly contributes to fraud."

Stokes of Xaxis adds that it is only since 2014 that these issues have become identifiable using third-party technologies. However, these tools are not widely used in Asia and still have gaps in what they can track, such as video ad serving template (VAST) video formats.

Liau of Vivaki believes that it’s not just agencies and "enlightened" marketers and brands that need to move to clean up the ecosystem, and publishers are also a key player and have a part to play in the fight against click fraud.

"There are a number of markets in Asia that are facing this challenge," she says. "Markets like Thailand and India have one-tenth of the actual click-through rates [CTR] than they do ‘on paper’."

Stokes of Xaxis agrees, saying that the issue is compounded by the closed walled gardens of large media vendors who do not allow third parties to independently track in order to establish the extent of the fraud and work out ways to avoid it. "Obviously, opening up to this tracking could impact their revenues," he says.

Stokes adds that these issues affect the whole online ad ecosystem, and it is not just a programmatic media problem. "The first thing you do with a problem is to admit you have it and understand its scale," he says. "This stage has not been reached yet: most advertisers are not aware and most media vendors do not want to deal with the issue."

For Smaato, an independent mobile ad exchange and supply-side platform (SSP), the quest to ensure a ‘clean ecosystem’ has become a core objective for the business. The company's chief executive, Ragnar Kruse, says the company guarantees a fraud rate of no more than 3 to 5 per cent.

"We’re not interested in doing business with computer-generated traffic because it hurts everyone. Advertisers will record a lower conversion rate, think that mobile is not working and not put their money into it," he says.

Industry practitioners interviewed all agreed that education is a key to alleviating the situation and getting marketers to move away from the obsession with chasing cheap pricing and click-based KPIs. "Until clients understand that their primary focus on clicks is a part of the problem, combating the problem will be a downhill battle because the desire and demand for clicks over conversion or other success factors is creating an environment in which this sort of fraud can thrive," says Liau of Vivaki.

Stokes of Xaxis feels clients are not asking tough enough questions, with many ignoring or downplaying the problem because they want to deliver good perceived click-results to their management. "Even when clients are advised otherwise, they still stick to pricing, buying metrics and KPIs that actively encourage media vendors towards fraudulent activity," he says. For example, if clients want the cheapest CPC or reward simply high CTR, media vendors will search for placements that offer these metrics, and these placements are often fraudulent.

The alternative is that media vendors steer away from these but incur higher costs and lower CTR and risk not getting the re-book.

Media vendors are therefore turning a blind eye simply to please clients — even though it is wrong, Stokes says.

"Until clients start demanding for third-party ad serving and heeding the advice to set KPIs beyond click metrics or response campaigns happens at scale, fraud is just too easy and advertisers will continue to pay for it," he adds. 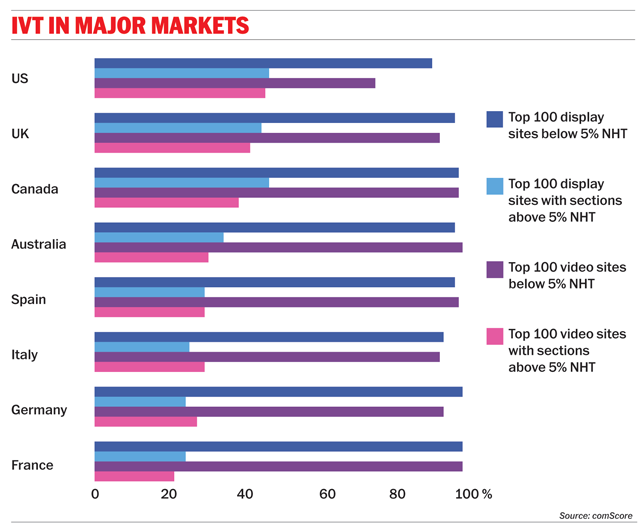 Stokes believes that the solution lies not in finding the culprits or developing ever more advanced tech to outwit fraudsters but really "cutting off the lifeline" to them.

"By this, I mean changing what we buy and how we measure online media so as to make it difficult for online criminals to earn money from fake online ads and clicks," he says. "This is not a game of hide-and-seek or a clean-up job. It is just a shift in strategy as to what advertisers buy, deem important for their brands and can measure."

If there is one common lament from the agency side of the fence, it is that marketers in Asia are still not willing to pay for third-party ad serving and tracking technologies. "The tools for ad verification exist, but right now, clients are not necessarily willing to pay for them," says Vivaki’s Liau.

Stokes reports that only a handful of over 500 Xaxis clients pay for independent fraud- and viewability-tracking software.

Accenture’s Patten notes that if clients realised just how much non-compliance existed, they would pay for the software.

"Naturally, this tracking needs to be done by an independent third party rather than anyone related to the actual implementation," he adds. "This impartiality is vital."

At Mondelez, Ho agrees the investment should be made in third-party auditing or tracking tools, but he adds: "The cost of these has to outweigh the cost of lost media impressions."

The company goes into a great deal of detail on how digital spend is spread and works extremely closely with its trading desk to monitor sites and any suspicious-looking activity.

But there remains some scepticism over the efficacy of fraud-detection tools, with Fonterra’s Dasgupta noting that establishing proof of principle on some of these tools needs to be done.

"Agencies need to really demonstrate this and prove it before an investment that can run into tens or hundreds of thousands would be made by any brand," he says.

However, there are marketers that are prepared to pay more, but only with a guarantee.

Dasgupta says that if there was evidence of significant wastage, he would not mind paying a 10-per cent premium on media buys to ensure a lower rate of fraud.

"But I would only do it if that assurance comes through," he adds. "That’s one of the things digital agencies need to do today — to come up with more concrete solutions on how they can assure us. I’m sure more marketers would be willing to pay a 10- to 15-per-cent premium to save a 30-per-cent wastage."

For long-time digital practitioners, the fraud issue is but the latest hot topic in a quickly evolving industry. "Every year, there are always ‘concerns’ that are highlighted in digital," says Joe Nguyen, senior vice-president at comScore and leadership council member of IAB Singapore. "There was brand safety a few years ago, there was viewability last year, and this year it is fraud and invalid traffic."

But digital is and has always had the blessing and curse of being a more transparent medium, with Nguyen wryly noting that brands and agencies don’t ask the broadcast-media providers: "How many people actually saw my ad on TV last night? How many did not step away to get snacks, check emails or go to the bathroom?" 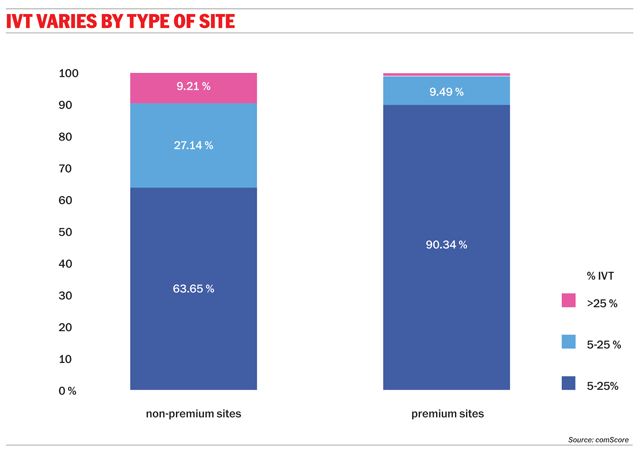 As the ecosystem in Asia slowly matures beyond the basics and brands become more sophisticated about defining true value in the digital space, there will always be bad actors in the business. But they can be addressed.

The question that remains, however, is whether the key industry players are well enough informed and engaged to tackle the issue head-on.

Mondelez’s Ho says that the biggest piece of advice he can give to fellow marketers is to constantly "be vigilant" and to work with partners on minimising risk of exposure.

Nguyen of comScore, meanwhile, maintains that there are trustworthy vendors out there, but he also adds that both brands and agencies must first get a concrete understanding of how their campaigns are really performing in order to deploy countermeasures. "If this sounds like ‘warfare’, that’s because it is," he adds.

This article was first published on campaignasia.com.

On the Campaign couch: How worrisome is ad fraud?

Ad fraud rears its head again, but should we care?