It's almost time to say goodbye to 2014, but before we do here are the brand activation stories which were most read by you, our readers, during October, November and December.

The beer brand worked with The Marketing Store to produce a multi-sensory cinema experience for 300 competition winners at the Village Underground in Shoreditch, featuring cult horror film Dracula. A live string quartet, immersive lighting and scent-infusion technology were all used as part of the experience to replicate the movie's atmosphere.

The evening was hosted by ‘Dracula’, who treated his guests to Staropramen and a traditional hog roast, and DJ Matt Krysko performed a set as 'brides of Dracula' arrived at the after-party.

Agency Cake created five ice sculptures, which appeared in high footfall areas in the French capital to highlight the launch of three new retail outlets from North Face. The public were also encouraged to tweet photos with the hashtag #missionparis to win prizes, and Cake encouraged snappers to go back to the sculptures to release golden tickets buried inside the ice to win an adventure to the Arctic Circle, as well as North Face apparel.

The drinks brand and fashion label teamed up to throw an event for celebrities and VIPs at London’s One Mayfair for the launch of their #DisaronnoWearsVersace limited edition bottle. Produced by agency House PR, the event included hip hop and R&B music, a photobooth that sent guests a digital format of their photos and Design Ink London, which created temporary jewellery-inspired tattoos for guests.

2014 brand experiences at One Mayfair

To celebrate its new London Heathrow to Los Angeles service, the airline recreated the glamour of Hollywood in Canary Wharf with the help of agency Zero Collective. A giant screen was erected to showcase the new films showing onboard Delta, and visitors to the red carpet were encouraged to tweet or Instagram a picture or video of themselves to be in with a chance of winning a screen test with casting director John Papsidera. Fun props were available on-site to create the ultimate selfie. 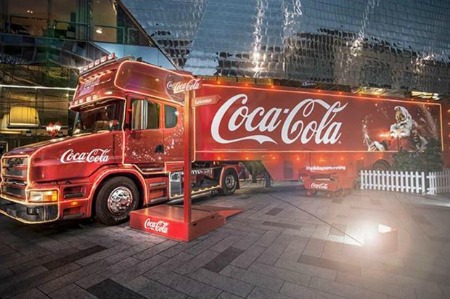 The drinks brand revealed plans for its 2014 festive campaign, including a nationwide experiential activation featuring the infamous Coca-Cola Christmas truck from the ‘Holidays Are Coming’ TV adverts. Forty-five locations were named as part of the roadshow, which featured a winter wonderland-themed live experience including a a choir singing Christmas hits and free samples of Coca-Cola and Diet Coke.

Coca-Cola to sponsor London Eye from 2015

The supermarket enlisted boy band Union for a series of Christmas activations following the group's appearance on the brand’s TV advert. The group, known for their appearance on The X Factor, signed up to tour 20 Morrisons stores across the UK giving fans and shoppers the chance to meet the band and receive signed versions of their album and single.

Night at the Museum at Regent Street Christmas lights switch-on

The London destination’s annual Christmas lights switch-on involved characters from Twentieth Century Fox film Night at the Museum: Secret of the Tomb. Living statues from the movie interacted with visitors at sites across Regent Street including Octavius, Sir Lancelot, Jebediah, the Egyptian Pharoah Ahkmenrah and Teddy Roosevelt, played by the late Robin Williams.

Shoppers were also encouraged to download a bespoke Night at the Museum app, which was used to unlock exclusive content, special offers and prizes by scanning symbols placed up and down the street and within participating retailers.

Located at the Southbank Centre in London as part of the venue’s Winter Festival, the two-tiered lodge was inspired by winter in Sweden. The Scandi-style lodge was furnished with traditional fire pits and classic Swedish furniture, and served up authentic food from the country alongside a range of Rekorderlig in bottles and on tap.

Guests were also encouraged to sample the winter cider offering both hot and cold, sharing their favourite on social media using the hashtag #HotOrCold. A selection of specially-created winter cocktails, crafted by Rekorderlig brand ambassador Joel Persson, were also be available to try. 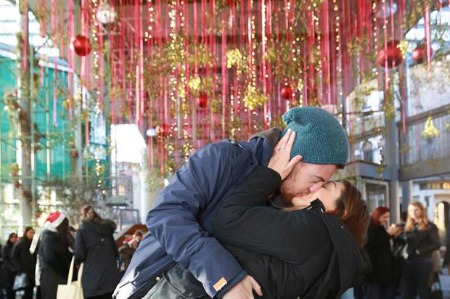 To mark the London market’s 1,000th Christmas in Southwark, the venue invited shoppers to kiss to generate enough energy to power its festive lights display and help set a world record attempt. Working with Tin Man Communications and Tea Time Productions, Borough Market orchestrated 1,000 simultaneous kisses under a 300 square-foot ceiling of individually-tied bunches of mistletoe – one for each person taking part. Individuals acted as a circuit and switched on the lights as they ‘connected’ by sharing their special Christmas kiss.

The Molson Coors-owned beer brand revealed it was opening its first pop-up ice bar this month, at Windrush Square in London. The bar served cold draft and bottled versions of the drink, alongside branded cocktails at temperatures of minus-five degrees. Thermal capes and gloves were given to guests on entry to the pop-up, and attendees were allowed to stay for 30 minutes.

The train operator unveiled a new festive train design at a surprise reveal at Manchester Piccadilly station, a reindeer design created by sisters Ella, aged 11, and Ruby, who is nine. The artists were whisked away to the station by their parents without being told they had won the competition. Virgin Trains drove the train to the platform where Ruby and Ella were greeted by Father Christmas as crowds looked on.

Match.com and East Coast trains to host onboard dating event

To promote the brand's newest smoothies, Innocent worked with agency Amplify to create a pop-up supermarket at London Bridge train station as part of the 'Show Winter Who's Boss' campaign. Commuters were offered a free bottle from the brand's new range of super smoothies, which fall within three categories – Defence, Energise and Antioxidant.

The best sky-high activations of 2014