Ever wanted to launch a start-up? No, not a fledgling agency that bears your name but an actual brand; like the ones you've spent your career growing for others. James Swift meets some who have done just that.

Advertising people make great entrepreneurs. Obviously, I’m not referring to those (like me) who start their own agencies. I’m talking about the people who choose to stop looking after other people’s brands and start doing it for themselves. People who take responsibility not just for communications but for suppliers, production, retail, finance, legal… the whole shooting match.

Advertising quickly exposes you to a huge range of consumer types, business models and marketing challenges. You get to sit in the jump seat behind brand owners as they pilot their brands through the stormy skies of competitive markets. And in an industry where the currency is ideas – for which there are no barriers to entry, no economies of scale and no surefire formulae for success – you have to learn to live on your toes, and develop a nose that can distinguish between potential greatness and probable mediocrity.

Perhaps most importantly, every day in advertising brings a fresh lesson in the need to be interesting, to be original, to be someone worth listening to. Whether it’s an ad aimed at consumers, a pitch, a strategy meeting with clients or just a corridor conversation with colleagues, everything in our industry has to earn its attention.

That’s why advertising people can make great entrepreneurs. While a business-school graduate might start by thinking about value propositions or market gaps, ad people start with an instinctive feel for what would make for an interesting brand. To my mind, of all the resources required for a successful start-up, interestingness is the one in shortest supply. By necessity, ad people are practised in the art of spotting it.
-Will Collin, co-founder, Naked Communications 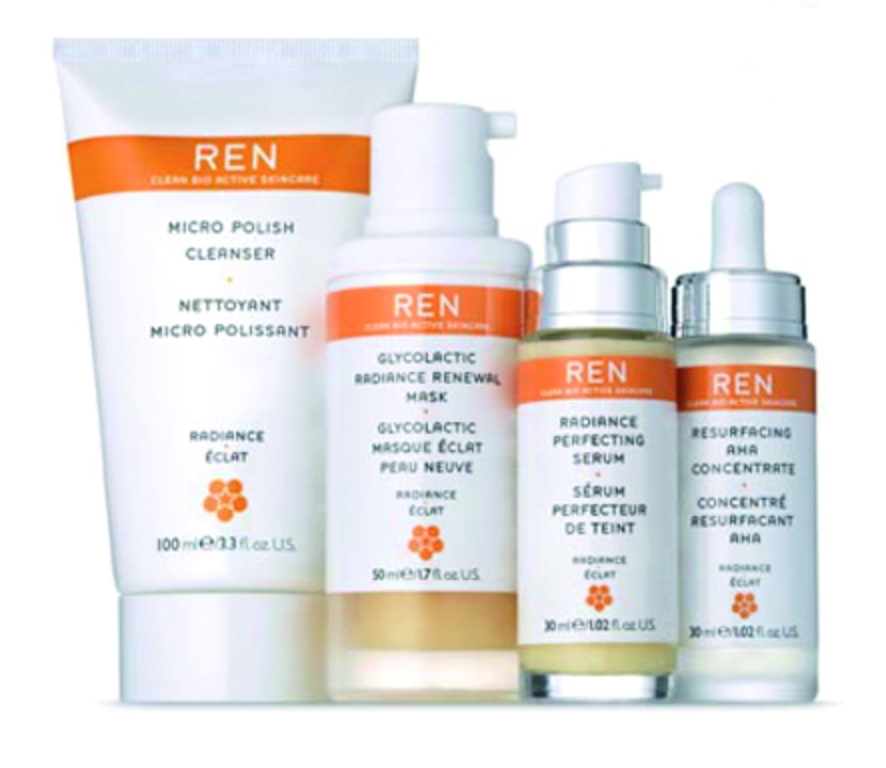 Antony Buck and Robert Calcraft (brother of Mother co-founder Stef) created Ren Skincare out of a mixture of frustration with clients and the desire to put up or shut up, and built it into a company with yearly sales of about £40m, before selling it to Unilever in 2015.

"In between doing advertising and running Ren, we ran a branding consultancy," Buck explains. "And after five or six years, the reality was that there was always a bit of cynicism within the workings of these companies.

"A lot of work was done to just cover people’s backsides in case things went wrong. If you
really care about what you’re doing and put a lot of effort into it, knowing that it’s just going to be put into a bottom drawer somewhere until a rainy day comes can be quite frustrating. Also, there was an element of us wanting to put our money where our mouth was since we’d been telling brands what they should do for so long."

It might sound perverse to anyone without a marketing background – maybe a bit loony to a few people in the business too – but the pair had decided what their brand would be long before they had any idea what they would sell.

"We had a clear sense of the brand that we wanted to create," Buck explains. "We wanted it to be reasonably democratic (not super-premium or low-end), to be completely non-cynical and to treat customers as intelligent people."

Along the way to discovering skincare, Buck and Calcraft toyed with the idea of opening a piri-piri chicken restaurant chain (before Nando’s expansion) and selling chocolate.

Once the product was settled, Buck and Calcraft began creating the brand. Despite their advertising backgrounds, neither had trouble sharing their baby.

"We both came from a strategic planning background, so there was no pride involved – we outsourced everything," Buck says.

Asked if there’s anything he wish he knew before he got started, Buck replies: "In the retail world, price isn’t a spectrum.

"You must think what shop your product will be sold in, what shelf it will sit on and what product is it going to kick off the shelf. There are loads of good brand ideas that fail because they have nowhere to go."

Musing on his luck in starting up one brand and getting to watch it succeed, Buck remembers one of the lessons he learned as a planner at BMP: that advertising helps brands fail faster.

"You’ve got to have a great product if you want any kind of long-term success," he says. "I know that sounds obvious but it’s amazing how many people don’t have that." 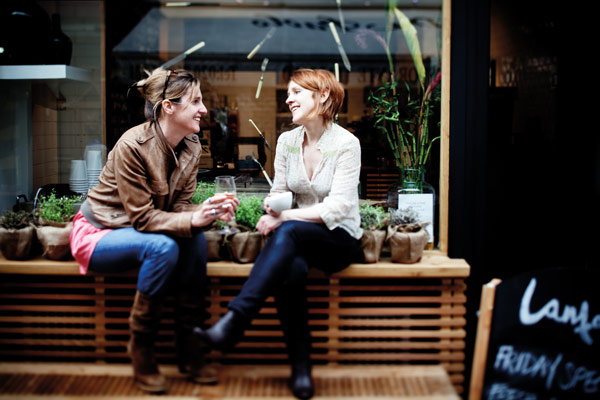 Caitlin Ryan (above, left), Cheil London’s executive creative director, has an easy mnemonic to help her remember when she opened her first cafe: it was the day that Lehman Brothers collapsed – 15 September 2008.

Almost eight years after launching in Shoreditch, Ryan – along with her sister (above, right) and husband – now owns a chain of cafes, having subsequently opened in Camden and Fitzrovia. She’s also plotting a fourth, in Southwark.

Ryan says she opened the first cafe, called Lantana, after missing the coffee-house culture that was thriving in her native Australia and spotting a gap in the market. "When I first came over to England, it was still very much greasy cafes," Ryan says. "Then I remember when Starbucks and all the chains come in, and I thought it was a shame the high streets were being taken over."

"I called the cafe Lantana, which is a hardy weed that grows in all different places"
Caitlin Ryan - owner of Lantana

After spotting the niche, Ryan planned her cafe. "I was desperate to build my brand myself," she says. "I wanted to think about the name and the look and what the feel of the place would be like – it was a pure joy to deal with."

Asked how building the Lantana brand was different from her work at agencies, Ryan says: "I think owning my own business has made me look at the data a lot more and react to it differently than if I were just a creative.

"For instance, I called the cafe Lantana, which is a hardy weed that grows in all different places. I’d had the idea that we could name all our cafes after different weeds in the outback but, when we looked at the data, we saw that it was impossible to keep all these different brands going –
I loved the idea but the data said it was insane."

But the most valuable thing she has gained from running a business is "confidence in doing something that you don’t know. Confidence that I can create a brand from nothing." 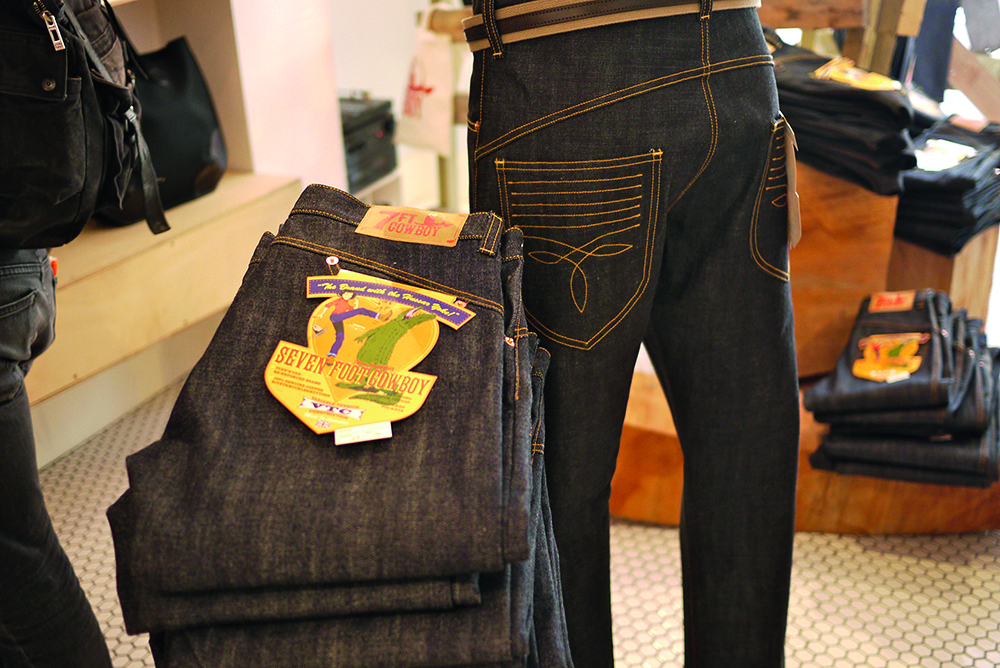 Luke Williamson’s time owning a denim brand did not go well, yet he describes it as a "really valuable thing to do".

The founder of creative agency Fabula was a denim collector whose friend made bags. The pair decided to start a business: Williamson would create the branding and his partner would make the jeans. They called it 7ft Cowboy. The brand still exists (as part of fashion brand Pokit, and the jeans retail at about £250) but Williamson has since handed back his shares.

"We had only talked about getting the brand up and out, which was a mistake," Williamson says. "We spent so long trying to get the jeans made, but we needed to know whether we agreed on things further down the line."

"The learning for me has been to be careful of who you go into business with," Williamson adds. "I’m a big believer in talking to as many people as possible to sell as many products as possible, and finding an audience. I think you’ve got to be willing to adapt; but he was very set in his ways and didn’t want to do any of that.

"It doesn’t matter what the product is if you’re not going to listen to your audience."

And a view from someone who is a brand…

"I guess from a reasonably early age I was aware that my name also meant something else," says Lucy Jameson, Grey London’s chief executive, whose ancestor on her father’s side was John Jameson – of Jameson Irish Whiskey.

"The brand was sold to Pernod Ricard and it hasn’t been in my family for at least a generation," she says, adding that her father – who, along with the rest of the men in her family, was given a Jameson signet ring – was the first to point out their connection to the brand.

"I remember it being quite weird when the brand did an ad about the saying ‘Sine metu’, which means without fear and is our family motto. The whole saying used to be ‘Without fear on land or sea’ but I guess that was too long.

"TBWA also did a campaign about the founder, John Jameson, which was all lies, by the way."

Jameson insists that being a brand scion had no bearing on her career choice; she has a cousin with a PhD in whiskey-making who was more influenced by his lineage. Although she would still like the chance to work on the brand.

Indeed, beyond the "pointless shit" like branded ice buckets lying around her house, Jameson says her life growing up was largely unaffected by her heritage: "All it does is make you think: why did they sell it so early?"

On the Campaign couch: My client drives me insane

Want to make it in the C-suite? Be yourself