Ahead of the inaugural Brand Film Festival London, Chris Daniels talks to the people behind brand films such as BMW's The Escape and Samsung's A Fighting Chance and identifies the secret sauce that lured then engaged viewers.

BMW’s 5 Series Sedan looks gleaming and gorgeous in the automaker’s new brand film, The Escape, but by the end of the action-packed 11 minutes the vehicle has been dented, cracked and shot at. As the film’s co-creative director Bruce Bildsten says: "We went out of our way to avoid any shots that looked like a car commercial. We made sure the car got pretty banged up and dirty."

"In fact, to prepare for the final shot we had a stuntman jump off a ladder onto the hood because it wasn’t dented enough," Bildsten recalls. "And the client was there saying, ‘Go for it!’"

The Escape arrives 15 years after The Hire, the first BMW film that raced to more than 100 million views back before high-speed Internet was widespread. The success was fuelled by a great story, word of mouth, and earned media impressions. Many experts consider the action film (starring movie actor Clive Owen, who reprised his role for the latest iteration) a seminal moment for brand film as a viral content play. 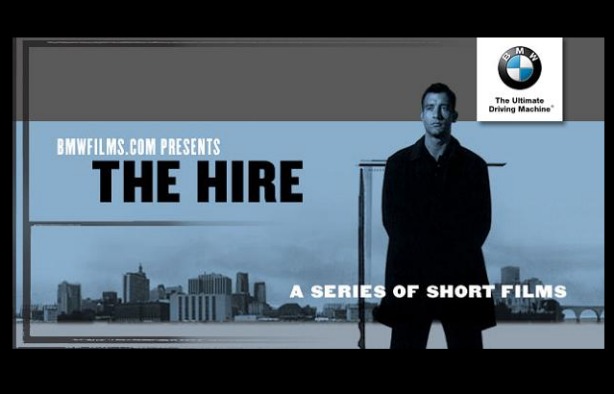 BMW's short film series of eight films was produced for the Internet in 2001 and 2002.

Although it has taken time for more brands to experiment with the media, industry watchers note advertisers of all categories have gotten into the filmmaking business. Some, such as Nike and Chipotle Mexican Grill, have commissioned animated shorts; others, including Prada-owned fashion house Miu Miu and Häagen-Dazs, have done documentaries; and the likes of BMW and H&M have opted for cinematic fiction.

Its growing popularity is also reflected in the hundreds of entries to PRWeek US and Campaign US’s inaugural Brand Film Festival in New York last year.

Experts attribute its rise to several factors, paramount among them being the democratisation of content and the fact consumers are choosing what to watch and how to watch it.

Since its launch in late October last year, has been watched on YouTube more than 5.1 million times. Bildsten reunited with former Fallon colleagues David Carter and Brian DiLorenzo and created Geisel Productions to produce it. They worked on the first film for BMW USA while they were all at ad agency Fallon and hope to make more brand films under Geisel.

"The lesson we learned from BMW was that we could integrate the car into the story, but it could never be heavy handed," he explains. "That’s the mistake often made with brand films. They’re selling; they turn the viewer off; and no one seeks it out."

Experts agree a brand film is no longer a film if it’s selling (that’s just an extended ad), or telling a story strictly about the company (that’s an infomercial). They say it follows a different set of parameters and best practices that seem counter to almost everything else they do in marcomms.

Spectrecom Films & Spectrecom Studios in London, with corporate clients including American Express, Skittles, and Guinness, has increasingly been approached by newer brands looking to put themselves on the map, says Christiaan Harden, client services director.

However, he says companies can’t look to a film for helping define their brand; it has to instead evangelise and emote what your brand is about. "You can’t do that if you don’t have a good understanding of your own brand," says Harden. "We’ve had to say to some clients, in particular for new brands, ‘Don’t even think of allocating a budget until you know who you are yourself.’"

A clear understanding of your brand also keeps you focused on the storytelling that would resonate and engage on an emotional level with your particular target, he adds.

"Sometimes a client already has an idea that may be imaginative and slightly different, but it is not communicated with the brand in mind – it’s just an idea for its own sake," says Harden. "That’s why the branding stage and understanding your audience is so important."

"There are very few brands people genuinely care about. You could probably count them on the fingers of one hand," says Matthew Gidley, senior vice-president, managing director, experiential and live events group, Momentum Worldwide and an award-winning writer who has worked on films for brands including Nokia and Meridien Hotels.

"You should assume nobody wants to see your brand film other than the client, a handful of your colleagues, and perhaps some close members of your family," says Gidley. "It’s the number one golden rule and as an industry it’s the first rule we choose to ignore: Never be boring, and don’t kid yourself you’re being interesting."

Brands can work with production companies, ad agencies, and PR firms, which have boosted their production capabilities with hires of former executive producers in TV and film.

A field producer for Rachel Ray and The Martha Stewart Show before joining Weber Shandwick in 2011, Ian Cohen is now the firm’s global executive producer and president, content creation and innovation. He oversees over 100 employees globally, from directors and editors to photographers and animators.

Collaborating with a PR agency in helping to identify and craft a story for film offers distinct advantages, Cohen says.

"The advantage of coming at it from the PR angle is we ask ‘what type of film can we create that would get into the news cycle?’, because non-paid media is what we’re really after," he says. "When we do a film and someone does an online search of the client, we want them to find coverage of the film – because it will be embedded in the coverage."

"That unpaid media becomes the film’s rocket fuel. It signals this is something you can’t miss," he adds.

As an example, he points to the 90-second mini-documentary Weber produced for Fisher-Price called "Wishes for baby," which features new moms in hospitals around the world sharing their wishes for their babies. The footage – shot in the early hours of New Year’s Day 2015 – has been viewed on YouTube more than 1.8 million times and was picked up by the likes of USA Today.

Regardless of your collaborators, remember films are written by writers, not copywriters, says Gidley.

"The most sacred object in this whole enterprise is the script, and you’d better make sure whoever wrote it is a voracious reader of everything from history to politics to fiction to poetry to metaphysics – because they’re going to have to apply the rules of rhetoric to a subject that may not on the face of it be terrifically exciting (a brand)," he points out. "I once won an award for a brand film about a hotel chain, and the spark of inspiration came to me whilst reading a passage in a Jane Austen novel that reminded me of something I had once seen in a PBS documentary about the history of the Spanish guitar."

"That’s what writers do. They find connections and turn them into ideas that move people," Gidley notes.

He also notes that many of his most-awarded films were written while he was a planner at a large events agency. As a result, he advises clients make an effort to know who’s who in their agency roster and actively identify the people they want thinking and writing about their brand. "I have a chip on my shoulder, but I’ll say it anyway – the best people probably aren’t inside the ad agency," notes Gidley.

Before joining Ketchum Sports & Entertainment in October, Michelle Carney was at Tribeca Enterprises where she produced films for clients, including a series of small business documentaries for American Express, an Olympics feature for United Airlines, and numerous projects for Dick’s Sporting Goods. Now she leads Ketchum’s branded film, video, and VR/AR offering Ketchum Films.

"A film can live forever and have multiple phases within its distribution window," Carney points out. "It is imperative to think about distribution as you’re conceiving the idea for the film, whether it’s a documentary, narrative, or short. You want to make sure distribution aligns with those important times in a brand calendar."

She also says while most brands look to an earned media strategy for their film using owned channels, they should also consider seeking a distribution deal with the likes of Amazon or Netflix. She says having a top-shelf director on a brand film gives it instant credibility.

Carney cites the short documentary A Fighting Chance that Ketchum produced for Samsung leading up to the Rio 2016 Olympics, directed by Oscar-winner Morgan Neville (20 Feet from Stardom). 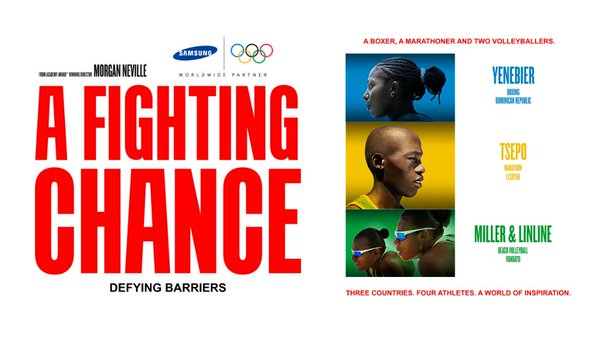 Samsung's film highlights the reality that of the one million athletes who train for the Olympics, only one per cent qualify.

"If you have a great film, a platform is going to want to distribute it. They’re probably not going to pay a premium for it, but you never know when you have people like Morgan and Ron Howard making brand content," says Carney. "That changes the game. Also, remember the distribution landscape changes every day and is constantly evolving."

Cohen agrees as much attention should be paid to distribution as creative. "Often a piece of content is made and then handed off to distribution, but that’s the wrong approach," he says. "The distribution team, whether for paid or earned media, needs to be engaged in the brand story upfront, because I’ve seen where they’ve said, ‘Hey, if we move this soundbite up or engage this particular cast of characters, we’ll get picked up by these different media trades.’"

Red Bull was most shared video brand of 2016

Why - and how - Campaign, Marketing, Media Week and Brand Republic are changing