The successor to the mission statement is, alongside commitments to sustainability, capturing imaginations in the boardroom. But it's about doing, rather than just looking, good, writes Ben Bilboul. 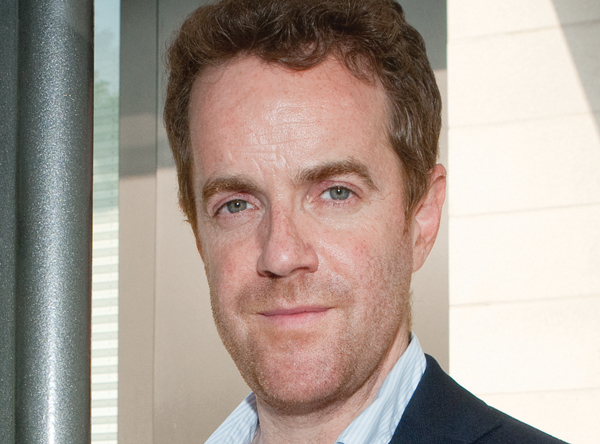 We were recently asked by a nameless, and slightly shameless, marketing director to communicate his company’s new ‘purpose’.

It wasn’t all his fault. His CEO had been to Davos, where he had a private audience with the ‘B Team’ (a bit like Spectre, but a force for good), and very quickly a purpose had been drawn up.

The marketing director found his way to our door because we have a bit of form when it comes to purpose, and we like to think in ‘Doing the Right Thing’ we have one ourselves.

We turned him down. The brief he gave us hadn’t been launched within the company, or changed the way it was going about its business. They say a principle isn’t a principle unless it costs you something, and this had cost them only a consultant’s fee.

But I’m sure there are more briefs where that came from. ‘Purpose’ has become the new mission statement, and in boardrooms references to "shareholder value" are being replaced by commitments to sustainability or saving the world.

Don’t get me wrong. A simple and compelling company purpose, authentically executed, can be transformational. As Twitter co-founder and CEO Jack Dorsey said recently, great businesses are simply vehicles for great ideas. Ideas that should aspire to change the world for the better.

However, communicating a nobler or more ethical aim, when there is no real appetite to make the hard choices that support it, is pointless and will catch you out.

Real brand purpose doesn't have to save the planet or eradicate world hunger.

Increasingly, advertisers are attempting to elevate themselves beyond product messaging, and signing up to purpose in their droves. This is being done, in part, to appeal to a younger generation that loves an overtly socially responsible brand – at least that is what the mounds of surveys inflicted on millennials say. Not done authentically, though, it can do more harm than good. Remember Pepsi’s Refresh Project? The community-building initiative failed because it felt inauthentic and peripheral. Yet still brands slap on a purpose they invented to help them look, rather than do, good.

Social media is the ultimate bullshit-detector. Just look at the work of designer Marco Schembri, who specialises in calling out inauthentic brands. He gave the Starbucks mermaid the malevolent glare of someone on her 10th macchiato, after the company had avoided paying millions of pounds in corporation tax. He also fattened up McDonald’s Golden Arches to show what eating a Big Mac a day will do to your arse. No doubt Google is next up.

Real purpose should be core to your business – not a bolt-on CSR exercise – genuinely delivered and embraced by staff and shareholders. And it doesn’t have to save the world. In fact, you can tell a company with a genuine purpose because it’s shared by staff and customers. As we often say about karma, it’s funny how doing the right thing can make good things happen to you in return.

More than that, it can be a great motivator for staff and help attract talent. Unilever is a case in point: more than 50% of the graduates who joined the company said they applied because of its ethical practices. Or Plusnet, one of the brands we work with, which has applied a more ethical value-set to the core business (leading to it pulling out of cheaper, but less capable, outsourced service centres, for example), and has higher levels of staff and customer engagement than its competitors.

So, yes, your business should aspire to do more than deliver profits and value to shareholders. But beware of ‘nice-washing’ – and whatever you do, don’t fake it to make it. You don’t need a brand purpose that will save the planet, or eradicate world hunger; it can be as humble or as challenging as you like. But delivering on it is necessary and takes guts, and you need to stick to it, no matter what – or the ‘B team’ could be the least of your problems.