Since the Space Age, companies have been enamored with otherworldly images. But the rise of commercial space flight will open a new frontier for advertising

LONDON — The commercialization of space is inevitable, argues British astronomer Chris Impey, and it's big brand founders like Richard Branson, Elon Musk and Jeff Bezos who will be taking the biggest leaps for mankind.

Speaking at a Bookomi Books for Breakfast event here, Impey describes what he calls the "explorer" gene, which uniquely drives humans to travel vast distances out of sheer curiosity.

He noted that animals don’t share this tendency because they don’t have the same cognitive abilities as humans. They also don’t have a physique adapted to walking long distances.

Not everyone is programmed to take big risks, like traveling into space, but the entrepreneurs who are delving into space exploration – Richard Branson and Elon Musk – probably share this adventuring trait, Impey claims.

He predicts that while government bodies like NASA will still have a role to play in driving space exploration, it’s the likes of Musk, Branson and Amazon founder Jeff Bezos who will make space tourism, mining and potentially colonization a commercial reality. Bezos is behind Blue Origin, an aerospace manufacturer that aims to send more people into space.

There’s also the Google Lunar X Prize, which will award $30 million to any non-commercial teams that land a privately funded rover on the Moon.

A few forward-thinking brands are capitalizing on this rejuvenated interest in space, sending products into space for a quick PR hit.

Impey foresees a time when not only will there be advertisers in space, but new brands will spring up around new economic models — though he cautions that it’s hard to predict at this stage.

"Beyond just tourism, it’s hard to say, but the astronomer’s nightmare is advertising in space – a huge neon sign visible over the whole of Earth, getting a message to two billion people and messing up the night sky."

This nightmare vision, Impey added, is a "real possibility". Brands could, in theory, also capitalize on the fact that any private individual can actually own bits of the Moon and other bodies.

He said:  "The UN had an Outer Space Treaty, but that only forbids militarization. The language is ambiguous about ownership — it says governments can’t own things, but it doesn’t say anything about corporations.

"People are going to claim pieces of real estate. The ownership issue is unresolved and unresolvable." 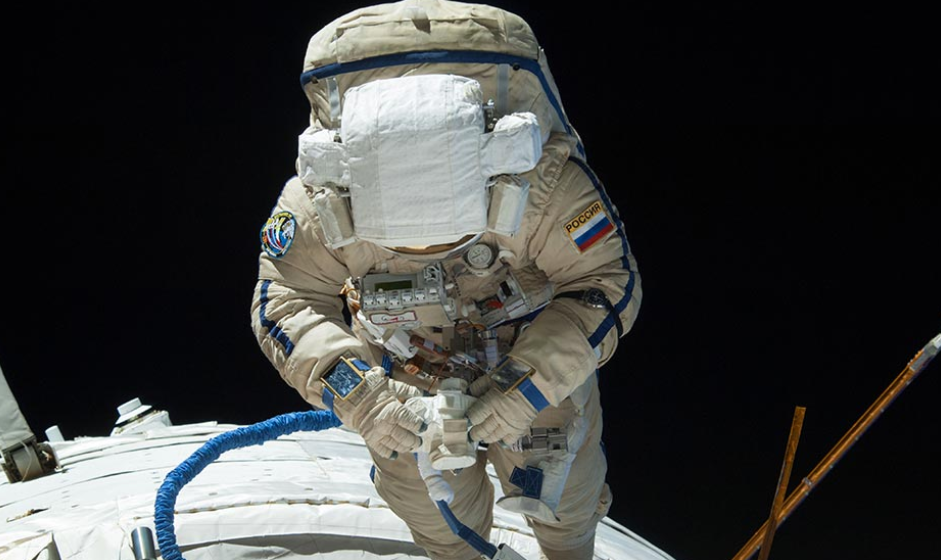 Omega’s Speedmaster watch was worn by US astronaut Walter Schirra during the country’s fifth manned space mission, Mercury-Atlas 8. Aboard the Sigma 7, Schirra orbited the Earth seven times. The Apollo 11 astronauts Buzz Aldrin and Neil Armstrong would go on to wear Speedmasters in 1969, when they took man’s first steps on the Moon. 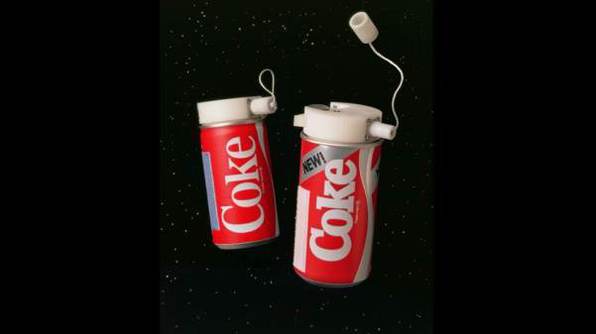 The Cola Wars went supernova in 1985, when Coca-Cola started designing a "space can" for astronauts to drink during missions. Pepsi got wind of the experiment and developed its own space can. The marketing battle became ugly, with US Senators began lobbying for one brand or the other. Eventually both drinks were tested by astronauts aboard the Challenger shuttle.

Interestingly, both separately boast about being the first soft drink to be consumed in outer space. But the experiment was in fact deemed a failure by crew.

Red Bull famously sent Austrian stuntman Felix Baumgartner on a skydive from the edge of space, livestreaming the jump from YouTube.

Baumergartner flew to an altitude of almost 40,000 meters (more than 130,000 feet) in a helium-filled balloon before jumping, breaking several world records in the process.

The stunt set the bar for viral marketing, racking up eight million concurrent views on YouTube.

Red Bull has never revealed the cost of the mission, though estimates peg the figure at around $30 million.

Baumgartner was due to make his record-breaking jump the following day, and KitKat adapted its "Have a break" tagline to "Break from gravity" for the stunt.

After the Oscar success of the film ‘"Gravity," Robinson challenged the agency behind the film’s special effects, Framestore, to prep a can of Squash’d for zero gravity.

Framestore sent a crew of eight on a jet to experience zero gravity. The plane plummeted to give the crew just 15 seconds of weightlessness to film a water balloon bursting, with the floating liquid then being mixed with the Squash’d concentrate

Hyundai had a fleet of 11 cars write "Steph <3's you," ostensibly to help an astronaut's daughter communicate with her father.

The message, written across the Delamar Dry Lake in Nevada, was visible from the International Space Station, and won a Guinness World Record for largest wire track image ever created. 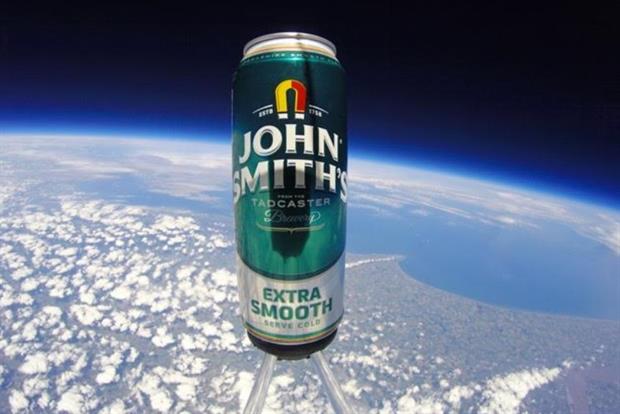 Beer brand John Smith’s has launched several space stunts, including registering a constellation in the shape of a pint glass and launching beer cans into space.

Once the "space ale" returned, it was packaged and sold via the brand’s Facebook page.

Price comparison site Confused.com sent its new mascot, Brian the robot, to space to celebrate the month Neil Armstrong was born and died.

Brian didn’t quite manage to hit the same heights either as John Smith’s beer or Felix Baumgartner, reaching the edge of space at 35,200 meters (a mere 114,829 fee).

Suntory Japanese Whisky sent a bottle of whisky into space during the same week.

The final frontier: reimagining marketing and communications in outer space

The Red Bull Effect: Why more brands are creating their video content in-house

Why brands should embrace 'slow marketing'

Do you have something to say? If not, butt out

Brands rejoice on Twitter as gay marriage is legalized