Brandalism, the anti-advertising movement, has installed posters outside ad agencies calling on staff to "switch sides" and use their skills to fight inequality and poverty.

The posters were installed without permission on bus stop shelters near the London offices of Abbott Mead Vickers BBDO, J Walter Thompson and Ogilvy & Mather, as well as TBWA in Manchester.

Some of the designs refer to ads for BP, the British Army’s recruitment campaign, and Snickers.

It follows the last major stunt by the group, which installed more than 600 fake ads in Paris on bus shelters during a United Nations Climate Change summit in November 2015. 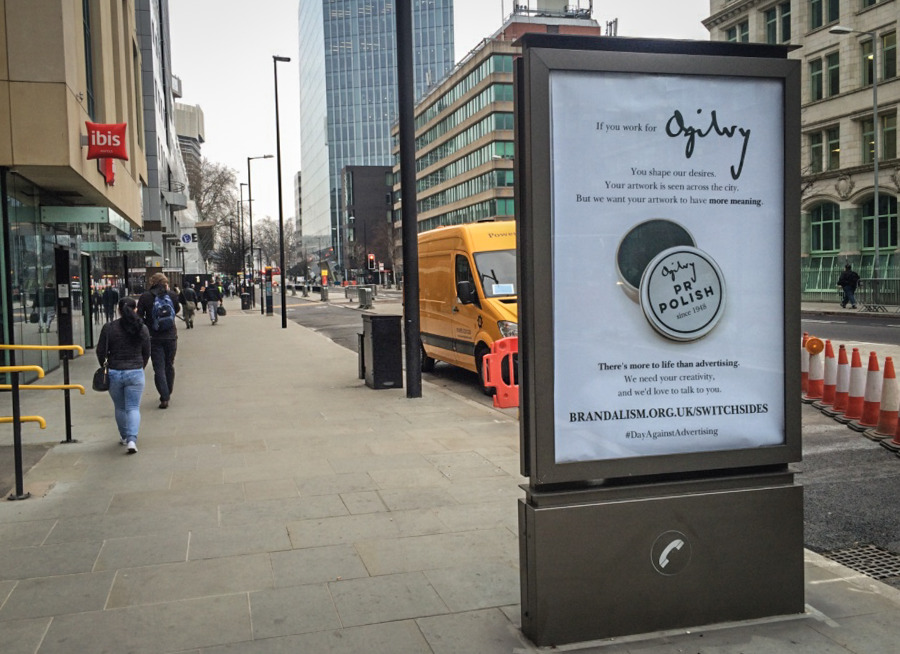 The group installed the posters ahead of an international day against advertising they are taking part in tomorrow (25 March) under the slogan, "Let’s free up the planet from ads". The day of action is expected to comprise covering up outdoor advertising panels with graffiti, public meetings, and social media campaigns.

In a statement, Robert Marcus said on behalf of Brandalism: "The advertising industry has a profound impact on our values and what we consider important in life.

"The skills of thousands of creative people are needed not to sell us more stuff, but to overcome the multiple social crisis of our times such as climate change, social inequality and child poverty. We want to start a conversation with those working in advertising about how we move beyond consumption and economic growth." 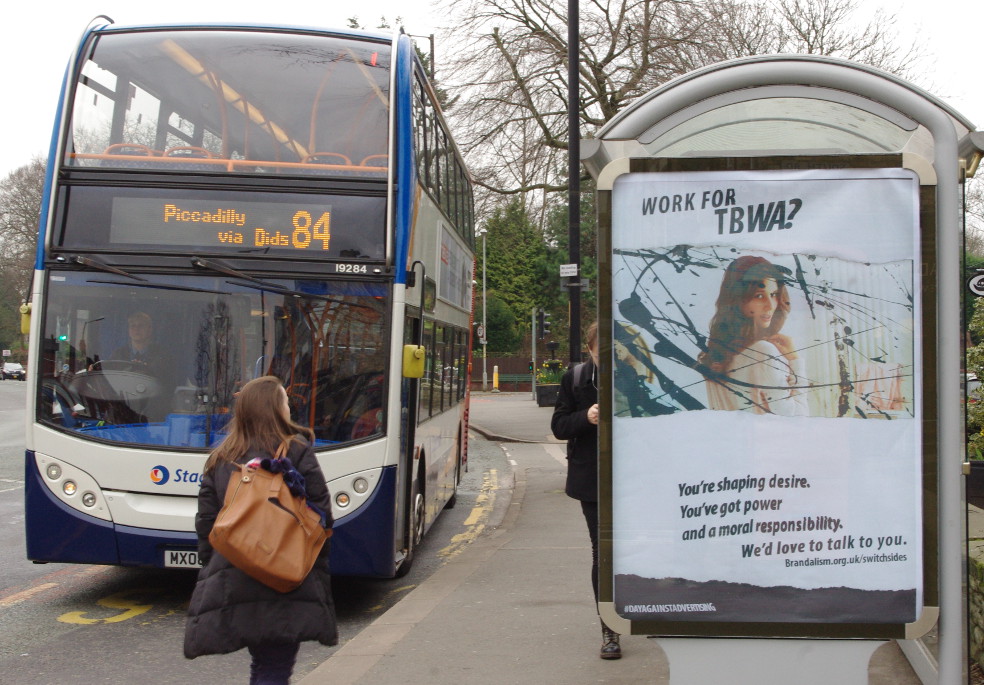 A statement on Brandalism’s website read: "We need your skills and your passion. Not to sell us more Snickers bars or BP's latest sponsorship deal.... but to change the world."

According to the latest figures from the Department for Culture Media and Sport, the UK’s creative industries were worth £84.1 billion to the UK economy in 2014.

Why 'doing good' must inspire a new creative revolution

Advertising should sell products, not save the world, says O&M Germany chief