The world's biggest sporting competition begins next week. Sonoo Singh examines the key trends emerging at the Rio Olympics and how marketing strategies have changed since London 2012

In the world of marketing and advertising, four years is a long time. London 2012 was when the world first witnessed the rollout of digital-first campaigns on a global scale. Remember Coca-Cola’s "Move to the Beat," for which content was created specifically to be shared across all owned and earned social (and traditional) media platforms? Or Visa’s "Go world" campaign, which invited fans to show their support for Team Visa athletes by sending "cheers" on social media?

This year, brands will be using social in a much deeper and more meaningful way. They will not just invest in social campaigns but create ways for people to participate globally, by helping to connect them with live moments and sharing human stories instead of promoting product features.

The relaxation of the rules on non-sponsors running Olympic-themed campaigns will also see a wider variety of brands involved in the conversation, using the event as an opportunity to connect with its audience on social media.

"London was really just the start of what it meant to be social and to be part of the Olympic Games. In a few weeks’ time, we’re going to look back and really see what it means to see a true ‘Social Olympics’ unfold," Kate Hartman, director of global brand PR for The Coca-Cola Company, says.

As the longest continuous sponsor of the Games, Coke is running a campaign across 50 markets called "#ThatsGold," which uses footage of 79 athletes from 23 countries. What it is doing differently this year is setting up a fully operational "real-time marketing" global hub in Rio de Janeiro. The unit will monitor the social conversation during the Games and create content around key moments in real time.

Hartman continues: "One thing we learned from the 2012 Olympic Games in London and also the 2014 FIFA World Cup in Brazil is that teens don’t want to be spectators — they want to be participants. Our digital efforts aim to engage teens in what’s happening beyond what they see on TV and bring them into the Rio 2016 experience."

Another sponsor, McDonald’s, is going further by physically bringing children from around the world to the Games. As part of its "Friendship" campaign, created by DDB Chicago, 100 children will take part in the opening ceremony on August 5.

One of the other big changes this year is that brands that are not official sponsors have been granted permission to create marketing campaigns around the Games — so long as they do not include any Olympic symbols or mention certain terms including "Rio"; "gold"; or even, depending on the context, "summer."

Red Bull and Under Armour were among the first brands to take advantage of this so-called "licensed ambush marketing" following the relaxation of the 40th rule of the Olympic Charter. Under Armour launched its campaign featuring Michael Phelps swimming to the song The Last Goodbye in March.

According to Jamie Buchanan, business director at BBD Perfect Storm, "Non-sponsors are trying to galvanize their audiences around the Games — whether through live events or ‘dark social’. The relaxation of Article 40 has meant more noise from the non-sponsors trying to get involved with the Olympics conversation, and we will see that much more in the future."

For example, eGames, a video-gaming tournament, will take place in Rio, with competitors battling it out to win medals for their country. Chester King, chief executive of the International eGames, says his ambitions are to create "new national heroes".

The shift is not only in how the brand stories are being told but also the kind of stories being communicated. Where once brand campaigns were largely a spotlight on the athletes or even the fans, advertisers are now more focused on tapping into cultural trends and building on "human truths" rather than their own products’ features.

Procter & Gamble took this approach at London 2012 and has carried it on this year with a new film "Strong," which focuses on emotional tributes to mothers, following the Olympic journeys of four mothers and their children. 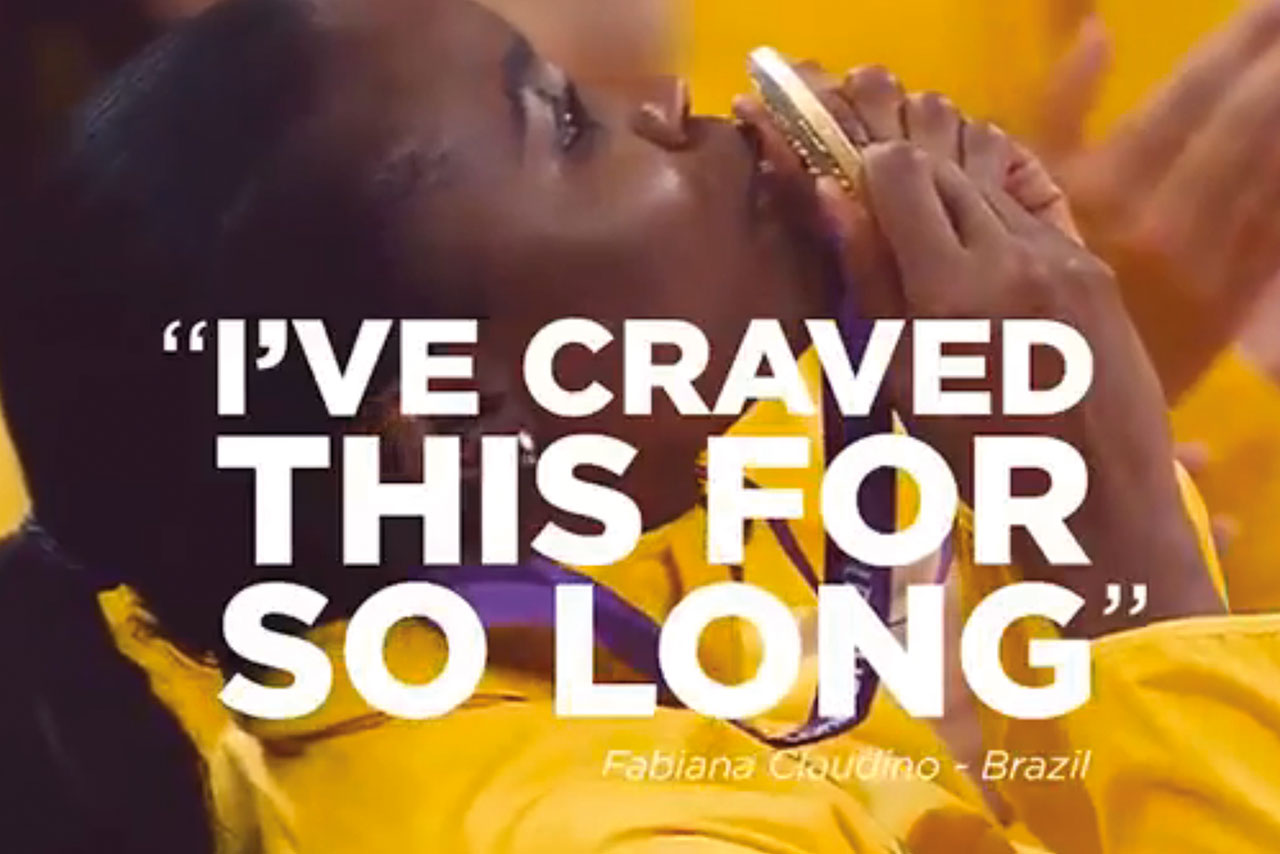 For a period of two weeks in August, when more than 80 countries come together to showcase their sporting prowess, brands will be hoping to bask in the glory of an event that inspires and unites fans all around the world. 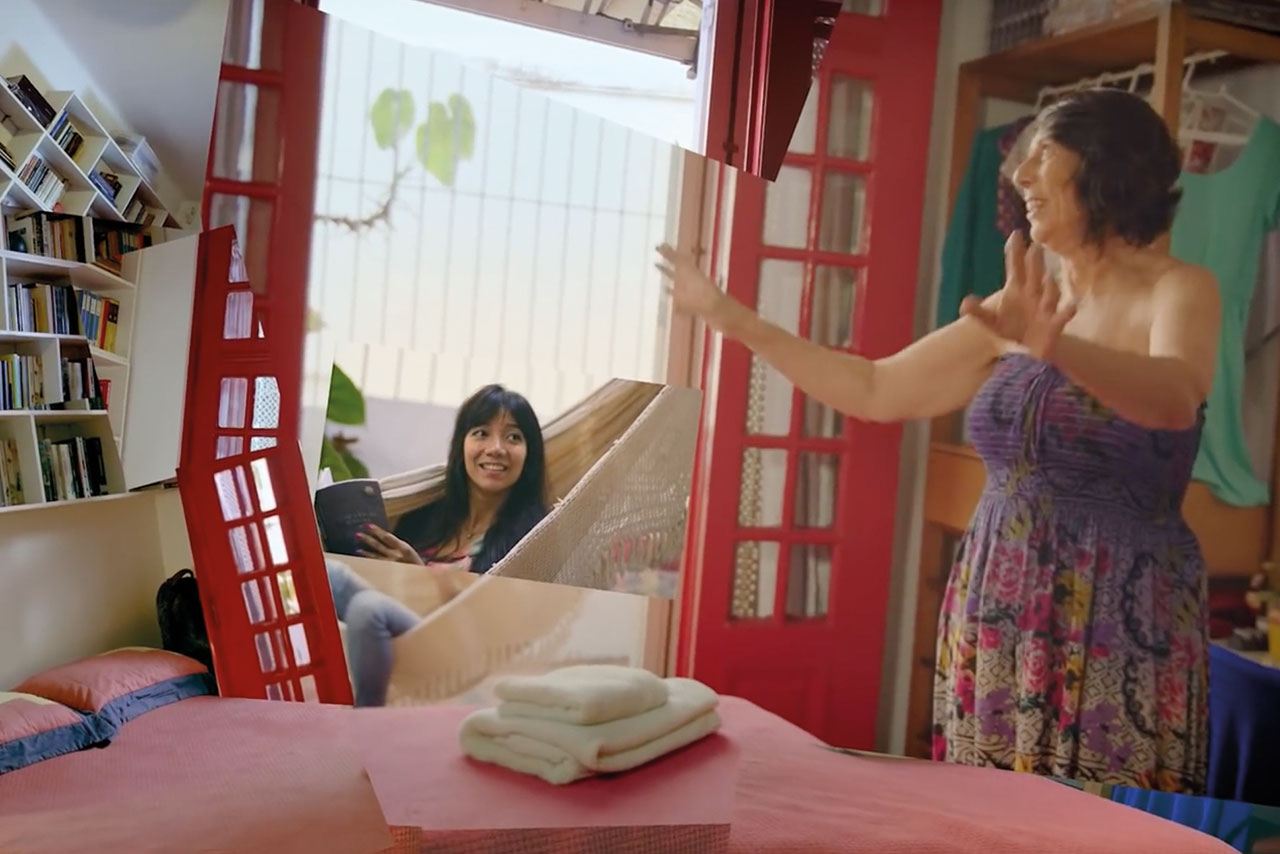 Airbnb has paid to become the Olympics’ first official "alternative accommodations" sponsor. As part of its association, Airbnb will offer about 20,000 rooms, apartments and houses scattered across the seaside mega-city, aimed primarily at Olympic visitors.

To activate the sponsorship, the brand co-wrote and co-directed a video campaign, "#StayWithMe" (or "#SejaMeuHóspede" locally), with its host community in Rio.

Maria Rodriguez, head of global consumer communications at Airbnb, explains: "No scripts, no actors, just our community at its best. The result was three unique stories that together create an invitation for the world to stay with our hosts and see the real Rio."

The videos are being used to target Brazilian audiences on Facebook and YouTube with two different approaches: one for the Airbnb community and fans, and the other for people aged 18-40 who are less familiar with the brand but passionate about travel.

Airbnb is also asking the Rio community to participate by sharing photos or short videos of their experiences.

What are you looking to achieve with your sponsorship?
Visa’s association with the Olympics is a long-standing one, and this year marks the 30th anniversary of this partnership. Our marketing strategies for this year’s Games aim to drive emotional engagement by focusing on our shared ideals of acceptance, partnership and innovation.

A good example of this is the Refugee Olympic Team that Visa is involved with. The International Olympic Committee has given ten refugee athletes the chance to compete in Rio, and we are sponsoring them as new additions to Team Visa to really bring to the forefront the role of acceptance at the Games.

Our Olympic sponsorship benefits Visa’s bottom line directly as well as reflects the qualities we value at Visa. Visa’s Olympic partnership and unique marketing programmes help enhance preference for our products and services.

Has the economic and political uncertainty in Brazil had an impact on your strategy?
When putting together our campaign, our focus is on the Games and athletes, not the location.

How have things changed since London 2012 and how will this be reflected in your marketing strategy?
Online; digital; and, in particular, social are definitely a bigger focus for Rio compared with London 2012. Some of the biggest developments and changes are the activity we are running on these channels, which will engage and entertain Olympics fans.

Visa will be producing a series of daily livestreams on Facebook during 5-22 August that reflect the main events of each day in a light-hearted and engaging manner. The idea will be activated solely on Facebook and will be the first time a brand has used its new live video platform to release real-time daily content. This will be appear in four markets — the UK, Italy, Poland and Spain – and encourage audience participation. We are collaborating with Facebook and MEC on this exciting project.

A PwC report after the Beijing Olympics said that, for every £1 ($1.32) sponsors spend, they need to invest £3 ($3.95) in activation. Is there a rule of thumb?
We don’t believe there is a rule of thumb in relation to spend on activating a sponsorship. Especially these days, we believe it’s as much about the strength of the creative idea to engage the target audience and the innovative ways a brand amplifies this as it is about the budget.

Over the past 15 summer and winter Games, Visa research proves that our Olympic programs are an efficient way to increase brand preference among a passionate fan base, and the transaction volume that accompanies it, while extending our global reach and local relevance.

Red Bull's own goal is a cautionary tale for brands

Brands need to roll with the rise of Chinese nationalism

Ad of the Week: Samsung's stirring anthem might be just what the world needs