With shoppers trading up in some FMCG categories and down in others, the mid-market is a tough place to be. Big brand owners' surprising response is to innovate at the premium end.

One of the defining trends of the post-recession era has been the irrational response of consumers to shopping in a climate of austerity. Far from reining in their spending across the board, a 'conflicted' consumer has emerged, who is prepared to trade up in some areas as a treat, while trading down in others to ease their conscience.

It's a dichotomy best captured in the multiplication of pound stores on our high streets and the strong performance of grocery discount chains, at the same time as luxury fashion brands such as Mulberry and Burberry are enjoying unprecedented levels of growth.

A 'checks and balances' approach to shopping is equally evident within individual product choices. A big increase in sales of nail polish, for example, reflects a desire for affordable luxuries. For the first 10 months of 2011, sales of nail polish and related products in the US were up 59% on the same period in 2010, according to market research company NPD Group.

The same goes for the enduring appeal of 'Dine in for £10' offers, where the indulgence aspect is 'offset by the perceived cost saving from the alternative "dining out" choice', according to Kate Waddell, insight and innovation director at brand agency Dragon Rouge.

This polarisation in the consumer goods market is interesting because it has never been seen before, Danielle Pinnington, founder of shopper insight company Shoppercentric, believes. 'That's because shoppers have never had it so easy in terms of dealing with a recession,' she says. 'They have more stores to choose from, more channels - with different associated price perceptions - and more brand-versus-own-label options. So coping with tighter budgets is easier than ever, as is our ability to personalise our response to the economic situation. Hence the "confusing" picture.'

The upshot of the rise of the 'conflicted' consumer is having a particular impact on FMCG brands, with those in the mid-market finding themselves squeezed from both the premium and value ends. This creates a market in which 'the mainstream is not an enviable place to be', according to Alex Beckett, senior food analyst at Mintel.

It is becoming more apparent that for mid-market FMCG brands, there are new rules of engagement if they are to successfully cut through and redefine themselves outside the middle ground.

In the household and laundry category, where well-known names owned by multinationals such as Procter & Gamble, Unilever and Reckitt Benckiser have traditionally dominated the fixture, 'innovation remains the perpetual catalyst to growth,' according to Ian Morley, fabric and home care marketing director at P&G UK & Ireland.

This concept resonates in times of both boom and bust. P&G has altered its approach since the recession by innovating at both the value and premium ends of the market so consumers can find a price point that suits them, without trading out of the P&G stable of products (see boxes, right and page 32).

While enticing consumers with attractive discounts was top of the agenda at the start of the recession, the biggest FMCG companies quickly realised that this served only to strip value out of their category. As a short-term defence mechanism and a way of retaining loyalty, it worked, but the unintended result was that price promotions reached record, unsustainable levels, according to Cliona Lynch, senior retail analyst at Verdict Research. '[This strategy] meant consumers were no longer willing to buy a product unless it was on a deal,' she adds.

Instead, innovation, particularly at the more premium end, with boosted product performance or luxury fragrances, has been a key way of rebuilding category sales and brands' margins. By innovating in this way, household brand-owners have attempted to redefine themselves out of the mainstream.

Back in the teeth of the recession in 2009, for example, Kimberly-Clark-owned Andrex launched a luxury shea butter-enriched toilet roll that it claimed offered a more sensorial experience to consumers.

The stellar recent performance of discount chains, accompanied by their mantra 'everyday low prices', suggests that the culture of promotional excess that exists in many of the mainstream supermarkets is, in the worst case, confusing shoppers and, in the best case, artificially propping up volume sales of mid-market brands while jeopardising long-term value. 'It can't just be a race to the bottom on lower prices and continual promotions,' insists Lynch.

For products such as nappies and toilet roll that sit in relatively low-interest categories, launching premium variants seems a counterintuitive strategy. On the contrary, Morley believes this kind of 'breakthrough, disruptive innovation' at the premium end of the category is still fundamental to growth among mainstream brands.

Stefan Gaa, Reckitt Benckiser's marketing director, agrees that even in a downturn, it is vital to bring new products to market. 'We need to excite the shopper so they get something new, different and exciting,' he says.

Of course, extension at the premium end is not a one-size-fits-all way to ensure that consumers do not abandon brands. In some cases, 'sustaining the base' of the range, as Morley puts it, is just as important as taking it upmarket. P&G did this with its Actilift stain removal treatment technology in 2010 (see box, above).

Smart brands are aiming launches at the 'sweet spot' to which value consumers can trade up and premium consumers trade down. John Frieda's Precision Foam Colour, which launched in October 2010, is one example of a brand that has successfully attracted women who want to reduce their visits to the salon as well as existing at-home hair-dyers seeking to treat themselves. The brand has achieved £11m in retail sales since launch, and is already the ninth-biggest colour brand in the UK. Last month the brand expanded the range further with the launch of pre-blended Salon Blends shades.

Limited editions are another way in which brands can lure consumers, stopping them trading down to cheaper own-label options. Even brands as big as Coca-Cola - which recently linked with beauty brand Benefit to launch limited-edition Get Glam Diet Coke packs - have shown that these can provide 'an effective means of revitalising consumer awareness in the mid-market', says Beckett.

What this downturn has taught marketers, particularly those in the middle market, is that the values among post-recession consumers have changed. The 'conflicted' consumer has made the concept of the middle ground a constantly shifting target, albeit one where basic rules still apply.

'The middle ground should provide strong quality at a good price message,' says Pinnington. 'But if (FMCG brand-owners) assume this message is visible to shoppers, they will be the ones who are squeezed.'

The 'squeezed middle' phenomenon does not solely affect brand owners. Retailers are also fighting to protect their mid-market ranges.

Data from Verdict Research shows that these offerings are being squeezed from both premium and value ends. In Q4 2011, for example, both Sainsbury's Taste the Difference and Basics lines outperformed its standard own-label range.

The supermarket responded to the downturn with its biggest own-label revamp to date, beginning with Taste the Difference in 2010 and continuing last year with its mid-tier range, now called By Sainsbury's.

Asda, too, has repackaged and rebranded its mid-tier range as Chosen By You, suggesting an awareness among retailers that the standard offer was 'in need of some rejuvenation,' according to Cliona Lynch, senior retail analyst at Verdict Research.

It also suggests that Asda and Sainsbury's believe the battle for the middle ground will be fought not just on price, but also quality, an insight that appears not to be shared by Tesco, which some experts claim has become too obsessed with price.

'Shoppers don't go to Tesco for a discounter experience, but increasingly that is what they've been getting,' says Danielle Pinnington, director at customer insight specialist Shoppercentric.

Prosaic but premium: FMCG launches in the downturn 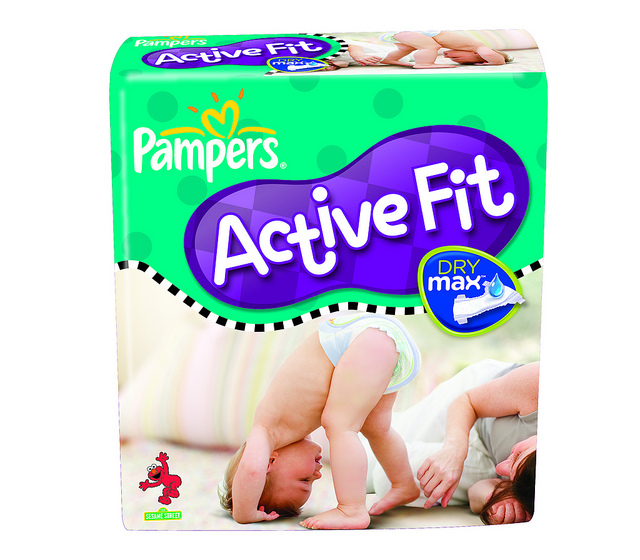 Procter & Gamble introduced Dry Max to broaden a portfolio that already included a value product in the form of Pampers Simply Dry and a standard product - Pampers Baby Dry. Pampers Dry Max is marketed as Pampers' 'thinnest, driest nappy ever'.

Billed by brand-owner Procter & Gamble as the biggest FMCG launch of 2011, and supported by a £20m marketing campaign, Gillette reported unprecedented orders for this razor at launch in January last year, despite its £9.99 price tag.

The first air freshener with an electronic 'nose' was supported by a £10m marketing spend, including national TV and press ads.

Each limited-edition Diet Coke pack design features a female face in striking silhouette with hyper-colour lips. Cans carry a promotion offering £5 off when spending £20 or more at the Benefit Cosmetics website. 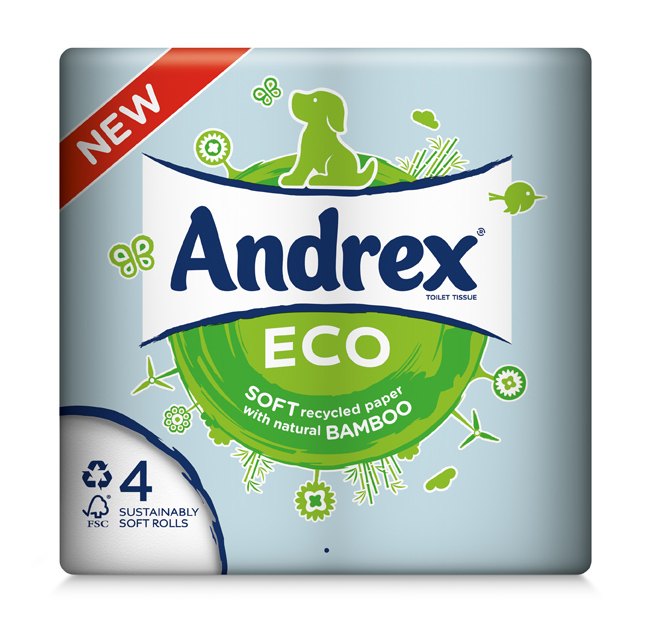 Kimberly-Clark claims this is a 'revolutionary' toilet tissue, combining recycled materials with highly sustainable natural bamboo. Although it is priced in line with the core product, its environmental credentials are intended to give consumers extra incentive to purchase. Within the Andrex stable, other launches of the past 12 months include Limited Collections, featuring designer patterns, and Washlets - flushable moist toilet tissue.

Think BR: The paradox of positioning

Think BR: Making the most of the fuzzy front end

Engine Group does 'pop art' cover for this week's Marketing