A number of brands and agencies are taking action to mark today's Global Climate Strike, which invites people to shun schools and offices in favour of highlighting the need to address humanity's impact on the environment.

Cosmetics retailer Lush has adopted the extreme measure of closing its stores, according to a message on its website.

Channel 4 is promising to use its evening weather report to deliver a message in tune with the strike, according to its publicity department. It is also having its continuity announcers share facts drawn from World Meteorological Organization research throughout the day and keeping its Channel and E4 social media accounts silent between 9.30am and 5.30pm. 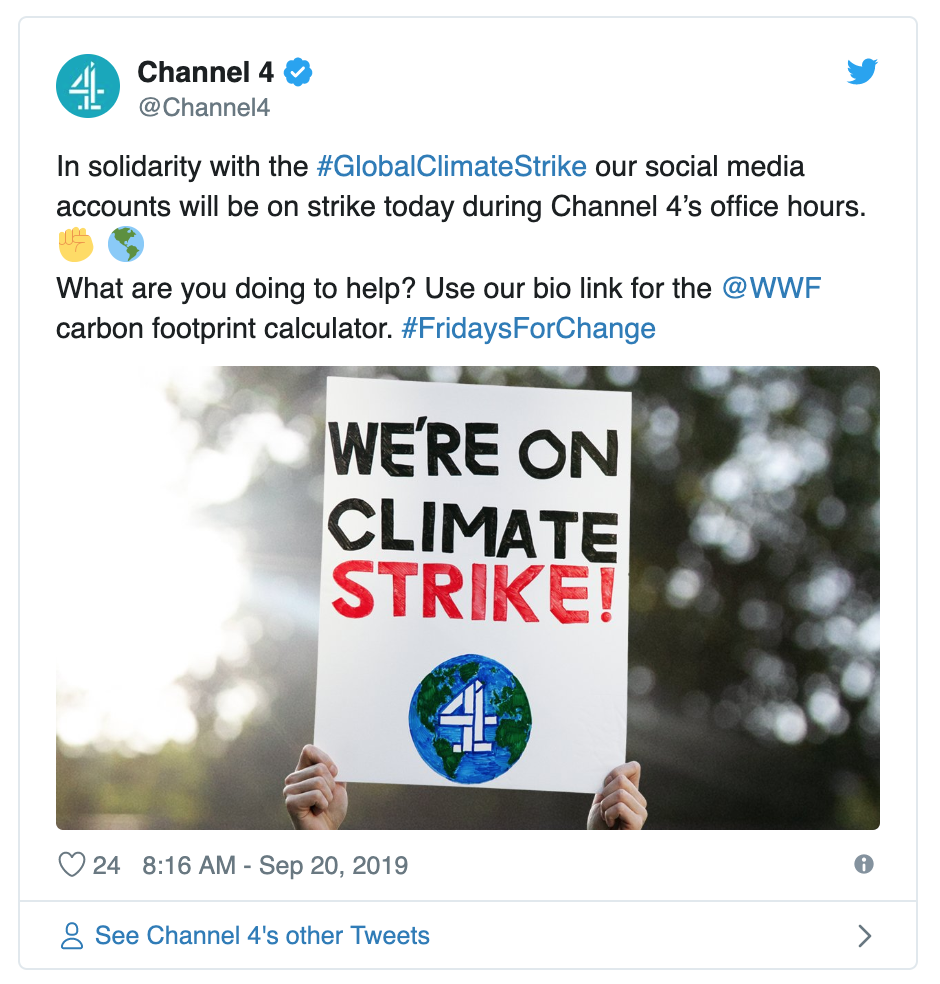 SodaStream has suspended ecommerce for the day, posting a message on its UK website to state it is on strike "in solidarity with the youth-led global climate strike". It has also closed its head office.

Standing out among the agencies responding to the event is Wieden & Kennedy, which has closed its London office so its staff can join street protests, as reported yesterday by Campaign.

The same goes for Don't Panic, which has made a version of its logo with the "Don't" crossed out for its out of office, letting contacts know that the agency's staff are out today taking part in the strike.

Amplify is developing an app – called Disconnect – intended to raise awareness of the amount of carbon dioxide generated by internet usage and encourage people to reduce it by going offline.

Disconnect will ask people to pledge 12 hours of offline time. The app will count from 00:00 when a user’s laptop is on but disconnected from the internet, and the offline time can be accumulated progressively. As users reach hourly milestones, they will be sent messages of encouragement.