The role and purchasing power of the female audience are changing, yet brands have been slow to drop outdated stereotypes, writes Jane Bainbridge.

The 1950s advertising image of the archetypal female consumer was one of a consummate homemaker: attractive, slim, two beautiful children (one boy, one girl), handsome husband, content within her domestic domain. Roll forward 60-odd years and this image doesn’t feel quite so consigned to history as it should.

For, despite all the progress women have made in terms of education and independence, building their economic and social capital, the archaic image described above is, in effect, still the one touted in a huge proportion of advertising. The exception is that now, the said homogenous women usually look harried and harassed as they juggle the demands of modern life.

This belies the reality that the new woman consumer is much more powerful and multifaceted than many brands and creatives seem to give her credit for.

Lucie Green, editor at LS:N Global, the research and forecasting division of Future Laboratory, which has produced a report on this subject, called "The Athena Woman", points to the 1980s as a significant turning point for the female consumer.

"It was the first time a lot of families became dual-income, and women in the professional sphere became a commercial force in their own right, to be talked to in a direct way," says Green. "We’re at a point where we have the first generational millennials who have been raised with two parents having an income, and that being the norm. It’s affected their perceptions of what being a man and a woman should be and how that relates to identity.

Millennials have a much more equal view of gender roles."

There is another economic interpretation of women shifting from "housewife" to the "new woman". "Many can’t afford to stay at home now," says Becky Coleman, trends analyst at design consultancy Fitch. "They simply don’t have a choice; someone has to earn a lot now to support a whole family."

What has been particularly slow to change is the association of "female consumer" with "mother". The more widespread availability of birth control has been closely aligned with the emancipation of women and their ability to have more of an influence on the number of children they have (if any) and the timing of their birth. This has led to fewer offspring and delayed motherhood in the developed world; in 1960, on average, women had five children; today it is 2.5, according to the UN Population Division. 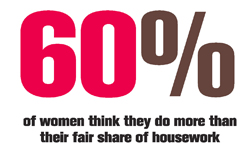 In conjunction, the language describing those who do not have children has started to shift with the adjective "childless" making way for the term "child-free". "We are distancing from this idea of motherhood being a core to womanhood, with more parity between the gender roles in the domestic sphere," adds Green.

While there may be a degree of realignment in the classic gender roles within the domestic situation, parity is some distance off, according to Future Foundation’s research. Sixty percent of women think they do more than their fair share of housework, which has an impact on their work/life balance.

Future Foundation editorial director James Murphy says that, while there has been an evolution in women’s lives and their roles as consumers, parents and career-builders, the Sheryl Sandberg "Lean In" initiatives that have recently gripped the media’s attention are a revival and re-energising of the same issues, with the "chores gap" still at play. "It’s still the case that women feel pressures and constraints that don’t face men," he adds. "The distribution of household chores is still heavily focused on women."

Perhaps one of the biggest contradictions in the progress women have made, and their position as consumers, is that the pressure on them to conform to an ideal of "looking good" has grown rather than diminished.

Nearly half (44%) of women say they "need cosmetic products to look good", compared with 12% of men, while a third of women would consider non-invasive surgical procedures, compared with 23% of men. The expectation for women to be attractive and slim, as well as being homemakers and mothers, is not weakening.

While the pace and direction of change may not be fast enough for many, Crispin Reed, managing director, Europe, of brand consultancy Fusion Learning, thinks it needs to be considered in the broader context of evolution.

"The speed at which we’re expecting change to happen [for women] is so much quicker [than] the evolution of men. We’re asking our brains to change millennia of evolution to accept a different thinking; that’s where the tension comes in. Stereotyping is a survival technique. There [used to be] more homogeneity, but consumers are more different now and there are more consumers than in the post-World War II generation," he says.

Along with this breadth of women consumers comes power: 57% of women say they make most of the purchase decisions in the household (Carat) and in 30% of all UK dual-income households, women earn more than men (Future Foundation).

So within this landscape there are specific challenges for brands: to avoid neglecting women in marketing messages aimed at the male consumer, and, when they are targeted, to avoid stereotyping and alienating women with inappropriate or misguided perceptions of what they want and need. This is the classic "pink and shrink" problem of brands adopting lazy and inappropriate strategies to reach a little-understood female demographic.

Any analysis of brands targeting women in more inventive and less stereotypical ways is somewhat constrained by Dove’s "Campaign for real beauty". Lauded for its brave and original perspective, despite it now being 10 years old it is still the example most often cited in this context.

While there is much to praise in Unilever’s campaign, trend analysis does not point toward a democracy in the size and shape of women, despite periodic media furores over size zero models and the occasional store introducing more realistically proportioned mannequins. So while politically we might like the Dove concept to be universalised, this is generally not the case across the fashion, health and beauty industries. 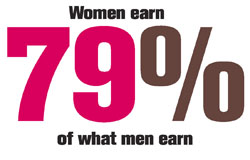 Beyond this, some categories are steeped in systematic and masculine thinking, according to Jane Cunningham, founder of Pretty Little Heads, a specialist marketing consultancy that focuses on female audiences.

"There are amazing statistics around financial services, where three-quarters of women say they don’t think the products and services are designed for them, they feel unhappy in the way they’re targeted, and alienated, for example by automotive retailing. So there’s a gap and a huge opportunity in those categories, [both of which] tend to think like men, market to men and fail to attract a female audience."

Nissan has recognised the opportunity, declaring the rise of the "empowered female" to be the biggest consumer trend affecting its worldwide marketing plans. Speaking to Marketing at the end of last year, global marketing chief Andy Palmer said it was reshaping its approach to marketing to target "dissatisfied" women.

Nissan believes women are now responsible for or have significant influence in 70% of all global vehicle purchases, in particular in recently emerged and emerging economies.

"We have a huge empowered segment which we as an industry are not particularly satisfying, and a key trend for us is reaching that new generation," added Palmer.

Some brands have already managed to hit a more authentic tone. For instance, Marks & Spencer’s idiosyncratic "Leading ladies" campaign featured a more diverse set of women modelling its clothes, from artist Tracey Emin to Olympic gold-medal-winning boxer Nicola Adams – although, as Cunningham puts it: "M&S got it in the neck both from feminists and the Daily Mail."

She adds: "Any time you try to represent women other than in the most obvious way, people get upset and that can be off-putting for brands who don’t want to cause controversy. But there will be a tipping point where that traditional representation of women becomes irrelevant. The SMA campaign ‘You’re doing great’ is brilliant – it’s about not being a perfect mother, but all the little frustrations involved and then a fabulously supportive endline that every mother wants to hear. It’s still traditional in that [the protagonists are] mothers, but not a cardboard cut-out of one – it feels like those women are like you."

In a similar vein to M&S, a 2010 campaign to promote LK Bennett’s clothing range featured, rather than models, a geophysicist, author, artist and surveyor, which fitted squarely with a brand much beloved by professional working women. 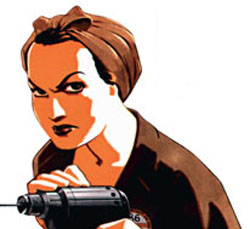 There are other sectors that are shifting to recognise women as a consumer force where once they didn’t – Green points to luxury, in particular. "When you’re looking at affluent businesswomen, particularly in the 35-50 market, it’s a key focus for many brands – professional, confident, often spending on luxury for themselves. Previously a lot of luxury was focused on men shopping for women, especially in fine jewellery and watches, but in 2013 the trend was for complicated watches aimed at women," she says.

The pace of change, both in terms of women’s roles and perceptions in society and marketers’ understanding of them as consumers, may be too slow for some. But progress has been made, and there is an argument that key moments for the female consumer historically are also key moments for the women’s liberation movement. "Look at 1920s post-war Britain and the 1960s – they were liberating times for women and the consumer jump was massive at the same time," says Victoria Fox, managing director of Lida. "The economy picked up and becoming more consumerist demonstrated their changes. [That] they had income and power of choice was shown through what they were purchasing."

Previously there may have been larger, macro changes in the roles of women, while now this takes place at a more micro level, but the imperative remains for marketers, whether overtly targeting women or not, to find a less patronising, stereotypical tone. It may seem ludicrous to still be debating how to engage women in a cliché-free way, but brands continue to fail to do so, or avoid them entirely. This is a perilous strategy when the new female consumer controls the majority of UK household spending.

British Gas, O2 and M&S ads appear on 'paedo and incest' websites, according to The Sun

Connecting brands to consumers: the age of kinship is upon us

Why it's time to kill off the 'supermum' concept

Commitment-phobia: Millennials want different models of ownership and brands need to keep up

'Women must step up - and realise that everyone is scared'

A promotion for me? Crikey, are you sure? AMV's Cilla Snowball on 'imposter syndrome'

Over 50 and feeling frisky? You could be 'down-ageing' (and soon buying Reader's Digest)

Different ages, races and sexualities 'come together' for AIDS awareness

Sexuality, gender and racial equality: why workplace diversity is good for marketing