They can learn the pratfall effect, says ZenithOptimedia's Richard Shotton.

The retailer has partnered with Bauer Media, ITV and Time Inc to target a younger female audience with inspirational tips and how-to content.

A deal with Global, ITV and Trinity Mirror Solutions will see Boots produce health content, which addresses concerns people may have. News UK will feature the opticians' side, and, through Netmums, Boots will target mothers. 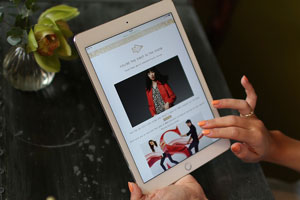 Marketing's Sara Spary reveals Marks & Spencers' new loyalty club, four years in the making, which borrows from the psychology of gaming in the way it engages members.

Sparks lets customers build up points. For instance, 10 Sparks points are awarded for every £1 spent and 25 sparks for every customer review submitted. Points can be used to redeem hyper-personalised offers and unique experiences, such as meeting David Gandy and Rosie Huntington-Whiteley.

It will launch on 22 October and has been created by developers who had previously designed games on platforms including Facebook. It will not replace existing schemes.

Patrick Bousquet-Chavanne, M&S marketing director, said: "It’s a two way relationship. Members tell us what they enjoy, select their own tailored offers and are rewarded for sharing their views."

Read on for more from Bousquet-Chavanne.

Confidence is down, the rise of marketing budgets has slowed and the advertising spend growth forecast has been downgraded, the latest IPA Bellwether Report shows.

Campaign's Kate Magee writes that a net balance of 4.4% of companies registered an increase in budgets in the third quarter of 2015.

Although this represents three years of continuous growth, it is a steep decline from 12.2% in the second quarter and is the lowest figure since the first quarter of 2013.

Brands’ optimism about their in­dustry’s financial prospects has dropped sharply. Although remaining positive, confidence among marketing executives fell to a nine-quarter low of 6.8% (from 13.1% in the second quarter).

Bellwether projections for the 2015 UK adspend growth have been downgraded from a real-term increase of 4.2% in the previous survey to 3.7%. 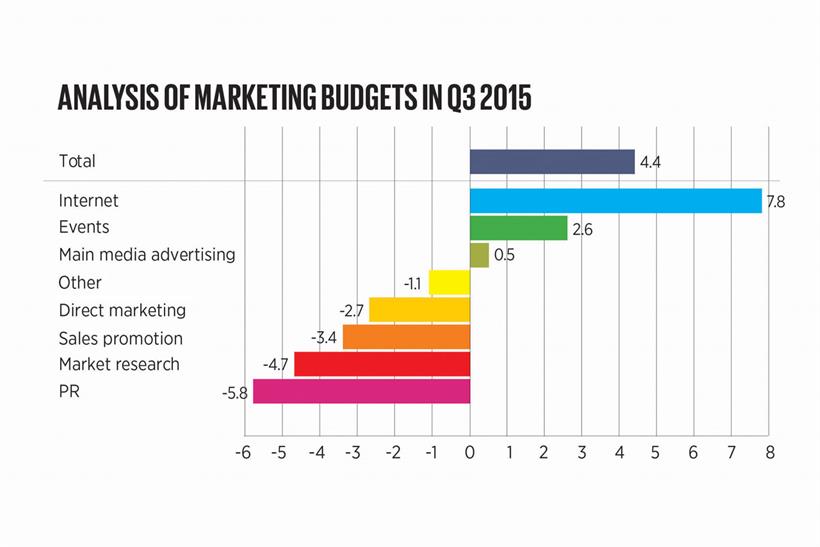 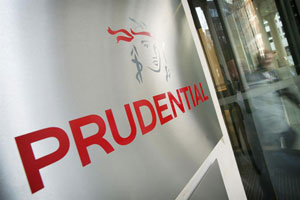 The insurance brand has been speaking with agencies ahead of a pitch this month. It is handling the process in-house. The appointed agency will be briefed to update Prudential’s digital communications.

It is part of Prudential’s attempt to reposition the brand. In particular, it is looking to target affluent people in their fifties who are planning for retirement.

Prudential kicked off a search for a creative agency earlier this year with a brief to develop a long-term campaign that changes perceptions of retirement.

Here are the other accounts in play covered by Campaign today:

And for reports on the latest account wins, see our advertising pitch news page.

BoJo: The power of weakness

We're sure you saw pictures of Boris Johnson steamrolling a 10 year old in a friendly game of touch rugby.

Conventional wisdom would suggest the latest in a long history of gaffes would damage Johnson's political career, but the opposite seems to be true.

According to Richard Shotton, head of insight at ZenithOptimedia, there are academic studies that may explain this phenomenon.

A series of academic studies suggests that displaying imperfections might be an effective tactic. Eliot Aronson, a psychologist from UCLA, was the first to investigate this bias, now known as the 'pratfall effect'.

Aronson recorded a colleague answering a series of quiz questions. The colleague, having been primed with the answers, answered 92% of them correctly. At the end of the quiz the colleague then pretended to spill a cup of coffee over himself.

The recording was played to a large sample of students, who were then asked how likeable the contestant was. However, Aronson split the students into cells and played them different versions. One with the spillage included and one without. Overwhelmingly, the students found the clumsy contestant more likeable.

All very interesting, but how can brands apply these findings? Shotton goes on:

It might be that admitting weaknesses makes brands seem more human. In an age where many prefer the authentic to the mass produced this boosts appeal.

Or could it work as everyone assumes that brands are fallible. If a brand is open about its failings it can convince customers that its weaknesses lie in inconsequential areas. Claiming perfection leaves consumers fearing the worst.

This theory partially explains the success of budget airlines. At launch they openly admitted that the trade-off for cheap prices was a compromised service – no reservations and a small luggage allowance. If they hadn't admitted as much, consumers may have assumed the cost-cutting had come at the expense of safety.

The final reason is that admitting weakness is a tangible demonstration of honesty. This makes other brand claims more believable and perhaps, explains the success of three of the most famous strap-lines ever – Reassuringly Expensive. Good things come to those who wait. Naughty but nice. The core claim in each is made more powerful by admitting a weakness first.